The modest Silicon Valley ranch-style home where Steve Jobs spent his boyhood may soon be designated as an officially protected historical property. Not that the garage of 2066 Crist Drive, Los Altos, California isn't already a venerated shrine among the Apple faithful – it's where the Two Steves, Jobs and Wozniak, created the Apple 1 computer. 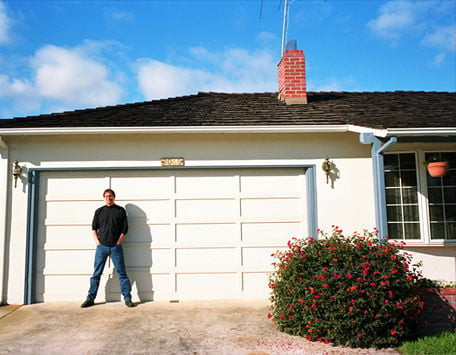 The "historical property evaluation" of the site, CNN reports, will be considered at the monthly meeting of Los Altos' seven-member Historical Commission this Monday evening.

Jobs' adoptive parents moved their three-person family to 2066 Crist Drive when he was five years old; he lived there through high school, then returned in 1974 after an abortive stint at hippie-haven Reed College in Portland, Oregon.

When Jobs was in junior high, his best buddy Bill Fernandez happened to live across the street from the Wozniak family, whose geeky son Steven was five years older than Jobs. The Steves soon formed a tinkering partnership, and after Jobs returned to 2066 Christ after college and a pilgrimage to India, they reunited. The rest, as they say, is history.

That's the personal-computing and consumer-electronics history that the Los Altos Historical Commission will decide whether or not to honor on Monday when, according to the meeting's agenda, they "Review draft historic property evaluation for the Steve Jobs' residence."

To qualify, 2066 Crist must meet a number of specific criteria, one of which being that the property be "Associated with the lives of persons important to the local, California or national history." Jobs' supporter likely feel that fulfilling that requirement is a slam dunk.

Although 2066 Crist is no palatial estate by any means, real-estate website Zillow prices the home at $1.5m. That valuation, however, is not due to its history, but rather its location, location, location – the average price for homes in Los Altos and its 94024 zipcode area is $2.1m.

Zillow also notes that the house, built in 1952, has three bedrooms and two baths, 1,793 square feet of floor space, and sits on a 9,375 square-foot lot. But it's the garage – birthplace of Apple – that's the holy of holies to the Jobsian flock. ®