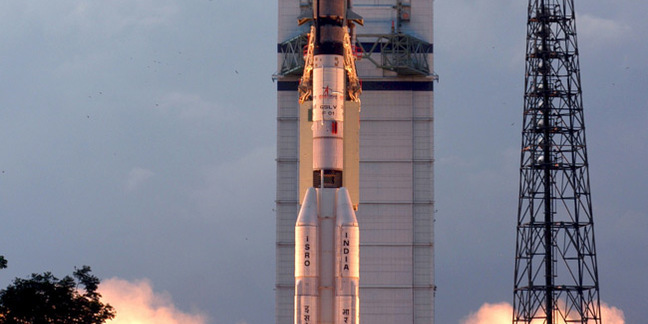 NSA spooks risk alienating yet another US ally after new documents released by whistleblower Edward Snowden apparently revealed extensive surveillance of Indian domestic politics as well as the country’s nuclear and space programs.

The top secret document, obtained by The Hindu, suggests American spying activity in the sub-continent has gone far beyond that claimed by US and Indian officials.

Washington has said in the past that any snooping programs were only done as a counter terrorism measure, and that the content of emails and telephone conversations was never accessed.

India’s IT minister Kapil Sibal reiterated these statements in August, claiming US agencies only tap the origin and destination of comms data because to access content would require a local court order.

However, the document seen by The Hindu apparently proves that India was a target of the NSA’s infamous PRISM program, with US spooks tapping internet service providers including Google, Yahoo, Microsoft and Facebook for politically and commercially sensitive content.

Dubbed A Week in the Life of PRISM reporting, the “Special Source Operations” document apparently shows 589 “end product reports” distilled from raw intelligence across the globe, with a specific section on India.

“As politics, space and nuclear are mentioned as ‘end products’ in this document, it means that emails, texts and phones of important people related to these fields were constantly monitored and intelligence was taken from them, and then the NSA prepared official reports on the basis of raw intelligence,” an anonymous Indian intelligence agency official told the paper.

“It means, they are listening in real time to what our political leaders, bureaucrats and scientists are communicating with each other.”

It would appear that the NSA is using the controversial FISA Amendment Act, which allows for the acquisition of foreign intelligence, to circumvent any requirement for court order approval in order to tap internet content connected with targets abroad.

If accurate, these latest revelations will no doubt undermine yet another important geopolitical alliance the US had.

Internet users in the sub-continent are no strangers to this kind of revelation, of course, although its usually their own government in the dock.

Earlier this month media reports claimed New Delhi was guilty of carrying out wide-ranging and indiscriminate internet surveillance of its citizens. ®