Not 'bricks and mortar', a Chinese glass cylinder

Apple has been granted a patent for the cylindrical entryway into its flagship retail store in the Lujiazui district of Shanghai's Pudong sector. 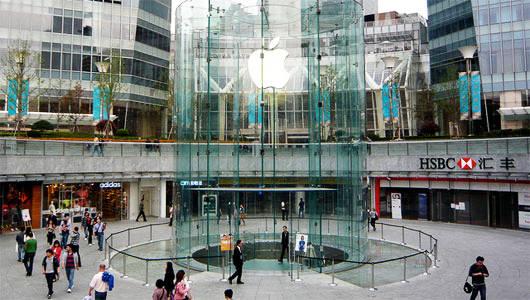 The US Patent and Trademark Office granted patent number 8,544,217, rather aptly named "Glass building panel and building made therefrom," to Apple on Tuesday.

"Glass structures have been around for some time," Apple admits in the patent's Background of the Invention section, but the Shanghai entryway is not subject to claims of prior art, apparently, since the USPTO feels that Apple is entitled to a patent on the techniques used to fabricate it. 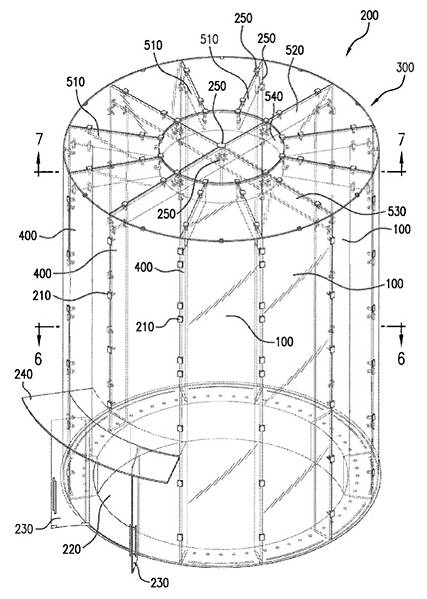 Laminated glass is discussed in three of the patent's 25 claims, and the explanatory text of the patent goes on to describe the advantages of laminates in adding strength to large glass panels and beams. The patent's illustrations, as seen above, clearly relate to the design used for the Shanghai store, but it is not mentioned anywhere in the 22-page document.

The inventors – or, more likely, their lawyers – however, don't want to tie themselves down too tightly to just the Shanghai design, and have peppered the patent text with a healthy dose of qualifiers (our emphasis):

So if you're thinking of building a glass structure, take care how you construct it or Apple's crack legal team may come a-knockin' at your front door – especially, it appears, if that door happens to be made of glass. ®