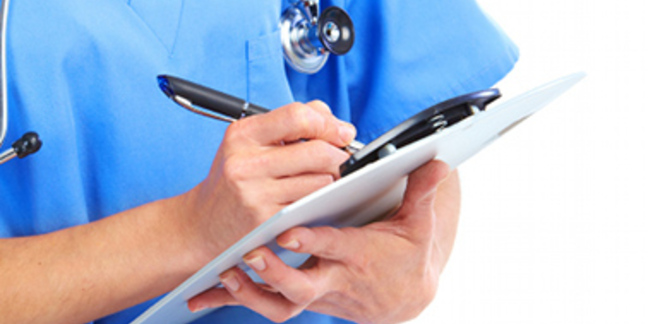 A Scottish health board has issued a grovelling apology to the hundreds of patients whose appointments were cancelled due to an embarrassing system error.

Although NHS Greater Glasgow and Clyde (GGC) has now fixed the "unprecedented" fault, some 709 appointments bit the dust.

The issue started on Tuesday and was only resolved yesterday. Staff only realised there was a problem when they logged in that morning, which was the first working day after a public holiday in some parts of Scotland.

He said: “Although 709 patient episodes have had to be postponed, our staff were able to see some 10,000 patients using manual backup systems. I can also report today that some of the patients affected have already been re-appointed and will be seen in the next few days. Arrangements are now being made to ensure that all the other patients affected will be offered a re-appointment as quickly as is possible.

In Calderwood's words, the cause of the outage was a "corruption" of Microsoft's Active Directory, although he did not explain how this came about:

The unprecedented IT issue is related to our network and the way staff connected to some of our clinical and administrative systems. The situation is that as users log on they go through a system called Microsoft Active Directory, a router system which recognises users and allows individual access to our clinical and administrative support systems. This was corrupted over the weekend which became apparent when staff logged on to the system on Tuesday after the holiday weekend.

El Reg has contacted Microsoft for comment, but it had not responded at the time of publication.

Alex Neil, the Scottish health secretary, faced down angry politicians in the Scottish parliament yesterday, who demanded to know why their constituents were left high and dry.

Neil said: "I can report that NHS Greater Glasgow and Clyde have now been able to resolve the problem with the server and [is] incrementally reloading users back on to the system.

"It would appear that no data appears to have been lost.

"Around 50 per cent of users now have access to the system, and the remainder should have access by later this evening.

"The servers [are] now reloading, no data has been lost and 50 per cent of users now have access to the system with hopes the remainder would have access by evening."

All in all 599 outpatient appointments were cancelled, along with 62 planned inpatient procedures and day cases, as well as 48 chemotherapy patient treatments. Eleven hospitals were affected.

For the sake of balance, it would be remiss to avoid mentioning the health board's claim that 10,000 appointments went ahead as planned – meaning just under seven per cent of appointments were cancelled. ®

Health Secretary makes a mint. Good for him, right?

Analysis Digitisation across primary and secondary providers is the bigger challenge

Jeremy Hunt: Telcos must block teens from sexting each other

I was going to sext but then I remembered the government ban. So I didn't!