Apple iMac 27-inch 2013: An extra hundred quid for what exactly?

Review The original iMac, launched back in 1998, was a breakthrough product that rescued Apple from being sucked into the sort of death spiral that Blackberry is currently speeding down. But now, in 2013, the latest version of the all-in-one desktop computer appears to barely merit a press release from the Apple mothership.

In fact, it was slipped in almost as an afterthought between the high-profile launch of the new iPhone and the upcoming and equally brightly lit debut of a new iPad.

To be fair, the iMac had its moment in the spotlight last year when Apple unveiled a new, more streamlined design. That design remains unchanged this year, which means that the 2013 version of the iMac is little more than a speed-bump that brings it up to date with the latest Intel Haswell processors and Nvidia’s GeForce GT 700 series of graphics chips. 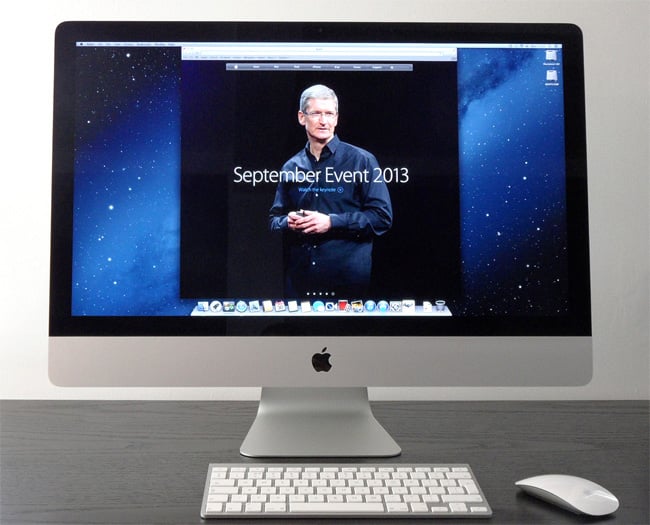 The update also brings 802.11ac Wi-Fi on board too – along with a £100 price increase that sadly seems to be an annual feature of the iMac now.

The 2012 revamp will be familiar to all by now, but it’s still impressive to see the lengths that Apple will go to in order to make its kit look pretty. The company used a new laminating process that reduced the thickness of the screen panel to just 5mm around the edges.

The display itself is a treat for the eyes as always, with a 2560 x 1440 resolution IPS LCD panel on the 27-inch iMac I have here that is bright and vibrantly colourful, and provides viewing angles that genuinely come close to 180 degrees.

Sure, it might have been nice to up that resolution to 3840 x 2160, but this is a consumer-oriented machine, not a pro’s workhorse. It’s now too much to ask for a glare-less panel, but Apple has managed to avoid the mirror-like sheen found on its laptops and many of its rivals' offerings. And to the eye, this is a nice display. 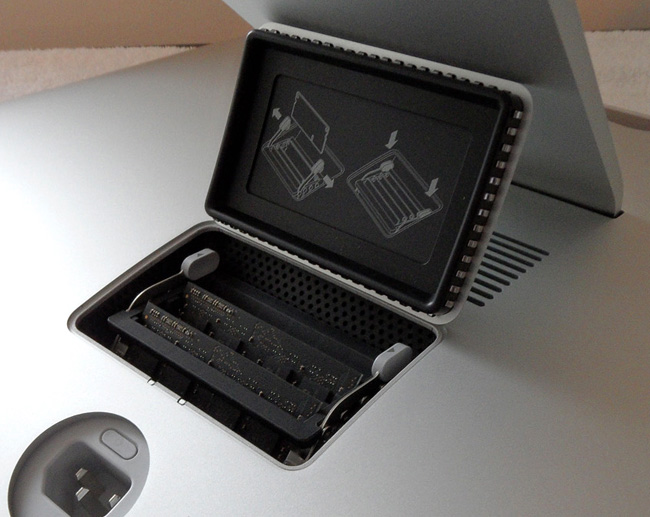 At least the 27-inch iMac lets you mess with its memory – the 21.5-inch model doesn’t

However, the iMac could be criticised for valuing form over function. There are obvious benefits in reducing the thickness of a laptop computer, but in a 27-inch desktop machine this slimline design can seem rather like an expensive indulgence – especially as you can’t even see that sleek profile when you’re sitting in front of the darn thing.

There are more practical issues here as well, such as the constant irritation of having all the USB and other ports hidden around the back, forcing you to stand up and rotate the entire unit whenever you want to plug in a memory stick or some other device. Even the SD card slot that used to be within arm’s length on the right-hand edge of the screen, just below the optical drive, is now located on the back, forcing you to fumble around the rear whenever you’ve a card full of pictures to copy.

Then there’s upgrading. That lamination process I mentioned renders reaching into the iMac’s innards all but impossible for ordinary folk. Even I baulk at going at a computer with a heat gun – and then having to very carefully apply fresh double-sided sticky tape to make sure the re-mounted screen stays in place. 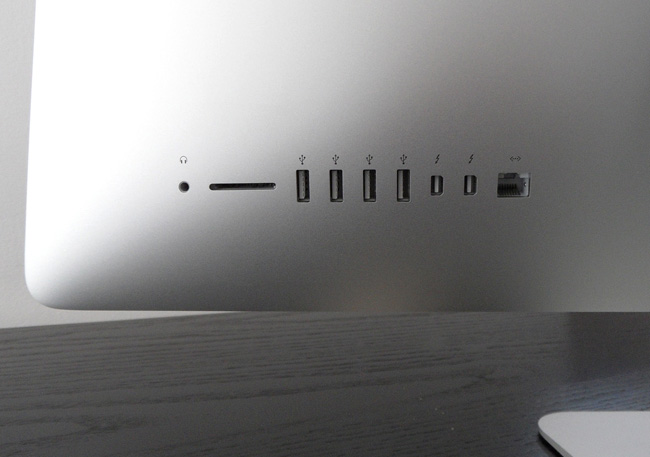 A decent array of ports, but they’re a git to get to

Thankfully, the memory access panel, though absent from the 21-inch iMac, is still present on the 27-incher. There are four DIMM slots, two of which are populated on the standard model with 4GB 1600MHz DDR 3 sticks. Apple even prints installation instructions inside the bay. But you can effectively forget about upping the storage.

The standard allotment is 1TB, provided by a 7200rpm hard drive. An extra £160 gets you a 128GB SSD too, but configured not as a separate volume but, together with the HDD, as a single storage area. It’s called Fusion Drive, and it uses Mac OS X’s Core Storage Logical Volume Manager to move frequently accessed files off the HDD onto the SSD. It’s faster this time round because the new iMac hooks the SSD in across the PCI Express bus rather than at a SATA port.

Alternatively, that same £160 will get you a 256GB SSD on its own, but I’d be inclined to go with the Fusion approach. Configuring your machine with a 3TB hard drive will cost you £120 over the base price; a 3TB Fusion Drive is £280 extra. 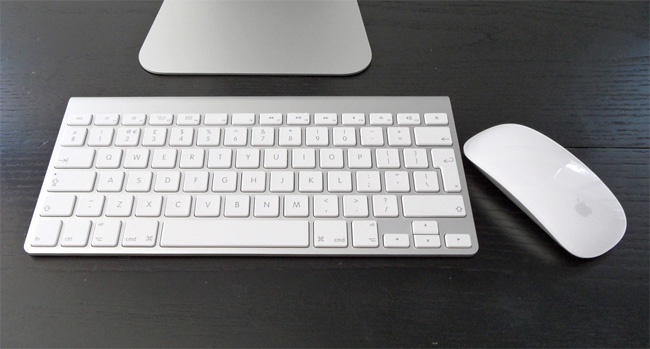 While the original iMac made the bold decision to abandon floppy disks, I’m still not convinced that ditching the DVD drive was a wise move. I still have numerous pieces of software, both games and productivity apps, that I need for work and which have to be installed from a DVD. I have a large disc collection: I can’t even rip them for personal use on this thing.

Given how thick the iMac is once you move beyond the edges, there clearly is room to fit a slot-load optical drive. If that’s not a convenient location, well neither is the place where all of the iMac’s other ports are located, and you’ll use them far more than you do a DVD drive. If that doesn’t appeal to Apple’s industrial design team, the company should include one of its external SuperDrives for free. Jobs knows the company can well afford this small generosity.

If you've got no OS of your own, you've got little chance to compete, Firefox maker sighs
Applications23 Sep 2022 | 124