Feature El Reg's magnetic tape odyssey has covered tape's early beginnings in sound recording in part one and its revolution in computing in part two. In this final part, we look at how film and TV became some of magnetic tape's best customers.

The music and computer industries weren’t the only early adopters of magnetic tape. The motion picture industry was certainly interested as it began to seek more versatile and higher quality alternatives to the optical soundtrack.

The latter had finally ousted synchronised disc recordings to become a standard in the 1930s, but film-makers kept looking for something a bit less messy.

The optical soundtrack – essentially "sound-on-film" – initially appeared as a continuous variable density (V/D) optical track alongside the film frame appearing as lines in various shades of grey, somewhat similar to a barcode.

Even though these soundtracks could produce a fairly respectable frequency response of 31Hz to 12.5kHz, they could be noisy, distorted and multi-channel audio was problematic in those early days. The Variable Area (V/A) soundtrack, with its sinusoidal tracking, had lower distortion but it still had limitations in its early development stages. 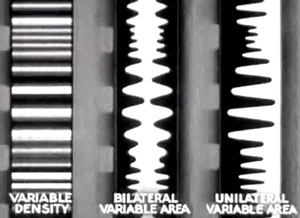 It was The Robe, presented in Cinemascope, that was the first major feature to use a four-track magnetic soundtrack bonded to both edges of the film. It premièred on 16 September, 1953.

Indeed, the year before, This is Cinerama had wowed audiences with its an extravagant multi-projection presentation featuring 3 x 35mm films running in sync. For audio, it had a fourth 35mm reel which was a seven-track magnetic tape, not film. This was more sensible than trying to get soundtracks from three projectors to work in sync. In theatres, there were five speakers behind the screen with the other two at the back or the sides.

An alternative was to utilise magnetic tape bonded to either side of the film sprockets holes, which could be used for multichannel sound. Early tape production had originally used a film base so it wasn’t a major effort getting this implemented.

Even with the less complicated magnetic strip arrangements around the sprocket holes – delivering six-track playback – the optical soundtrack didn’t disappear. The genius of the late Ray Dolby provided the means for noise reduction on both magnetic and optical soundtracks to be applied.

Furthermore, Dolby Stereo, as it was called, enabled four tracks to be decoded from a stereo pair on optical soundtracks. The Dolby Stereo matrix delivered Left, Right, Centre and Surround. The real kicker was it was backwards-compatible and these tracks could even be played with conventional stereo sound equipment or in older mono theatres from the same film print.

In fact, Dolby Stereo was so successful in this four-channel guise that it killed off magnetic tape tracks on 35mm film releases. And while we’re on the subject of Dolby Stereo, those film prints that made it to VHS Hi-Fi tape, Laserdisc or stereo television broadcast would end up in the consumer equivalent matrix system, Dolby Surround, which lacked the centre speaker channel but kept the rear surround channel. So one way or another, those optical soundtracks did end up on tape again.

Cinema didn’t abandon magnetic media though, and numerous 70mm film formats came and went supporting analogue multitrack options featuring up to six tracks. Yet it was the digital domain that was to fuel a renaissance in cinema sound, with Dolby Digital pioneering its progress along with DTS (formerly Digital Theatre Systems) and Sony Dynamic Digital Sound (SDDS), all vying for position on a 35mm film print along with the analogue optical soundtrack that refuses to die some 90 years since its first professional outing. 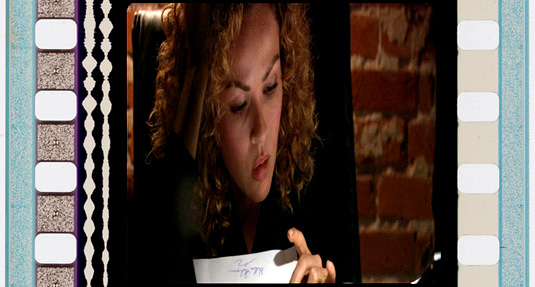 And if you’re wondering just how these formats could live side-by-side around the sprocket holes of film frame, here’s how they do it.

The now defunct SDDS appears on the main optical strips on both film edges delivering 8-channel sound. DTS is alongside the film frame as an optical track of tiny dashes; it’s actually a timecode that’s used to run the DTS audio on an external processing device equipped with a CD-ROM of the film soundtrack. 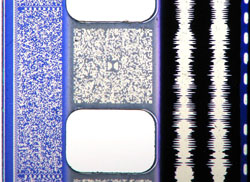 Technically, it's quite remarkable and the perceptual coding data reduction algorithms used in the AC-3 audio streams [PDF] would form the foundations of AAC used in iTunes and MPEG video soundtracks. More details on the original Dolby Digital format here [PDF].

Another consequence of this cleverness was Dolby Digital film prints could retain the analogue optical tracks featuring Dolby SR for older theatres or for use as a backup. Cinema surround channels aside, Dolby SR was an advanced 10-band noise-reduction system that was championed on analogue multitrack tape recorders and was claimed to be better than the digital recording systems of the time – technical paper here [PDF].

It would be easy to fill up these pages with Dolby's achievements in cinema, but this diversion is just another example of his ability to maximise the capabilities of recording media, be it magnetic or optical.

As for the SDDS format, it too used a perceptual coding system called ATRAC that was also utilised in Sony's MiniDisc recorder. SDDS was discontinued in 2005, Sony SDDS VP Robert Ott explains the reasons in this farewell letter here [PDF].

It’s all very well knocking out a soundtrack at 24fps with a photographic image fluttering alongside through a projector, but storing both sound and picture on magnetic tape is a challenge of an entirely different magnitude. 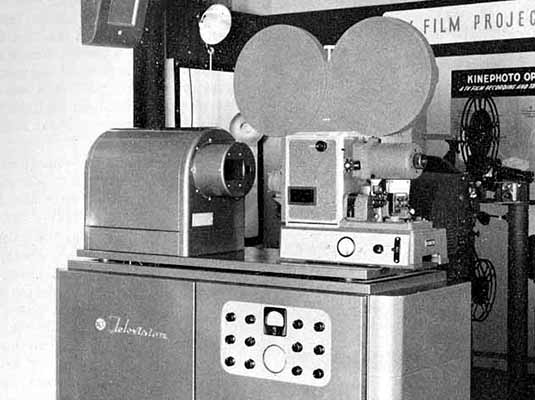 Television broadcasting had the same issues Bing Crosby grappled with over his radio shows: performances were live and unlike the pre-tape era audio disc recording option, programmes couldn’t be repeated unless they were recorded with film cameras. This scenario would typically involve the use of a kinescope (telerecorder) which would film the broadcast image of shows from a video monitor screen.

There was no instant playback with a kinescope. So Ampex, which was looking to capitalise on its expertise in audio with video, set about the task with gusto. On this side of the pond, the BBC’s own R&D boffins had the same goal but a very different approach, which we’ll come to in a moment.

RCA was also busily researching video recording but in those early days, all parties concerned with video recording were focused on redesigning methods used for audio based around longitudinal recording – spooling from one reel to another over a stationary recording/playback head.

Given that the video frequencies involved went up to 4MHz for TV back then, even the most finely crafted machines needed to transport the tape at around 200IPS. To get an hour of programming, one reel would be 38 inches in diameter and contain 60,000ft of tape. Think less "finely crafted machine" and more "diesel truck" to spin that payload.

Yet spin it they did. The reels were smaller – at 17 inches – but on 1 December, 1953, RCA demonstrated a video recorder that clocked up speeds of 360IPS, which were difficult to maintain steadily and didn’t deliver on bandwidth either.

The recording time was a mere four minutes and, somewhat bravely, RCA was planning 19-inch reels to notch up 15 minutes on 1/2-inch tape for colour and 1/4-inch tape for monochrome. 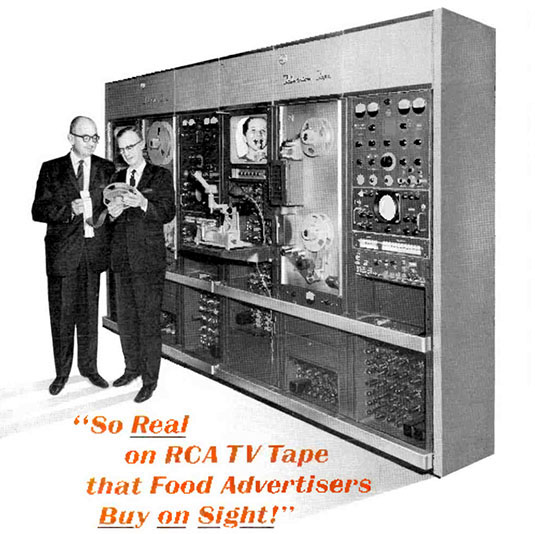 Colour needed a wider tape, as five tracks were utilised for red, green, blue and sync, plus one for audio. Monochrome telly just needed one track for video and one for audio. RCA persevered for another three years with its longitudinal video recorder (LVR), clocking up a number of innovations along the way, but not the glittering prize of a practical video recorder. Still, RCA was in good company on this point.