The BBC’s Vision Electronic Recording Apparatus (VERA) had 20.5-inch reels spinning 1/2-inch tape at 200IPS and managed 15 minutes of programme time. The idea was to use two machines, so one could be on standby and the other recording. After the swapover, the other would be loaded back up again with more tape.

The project began in 1952, headed up by Dr Peter Axon, and was based around the 405-line monochrome TV standard. It took until 1958 to complete. It used two tracks for video separating high- and low-frequency content and another track for audio, all with various modulation techniques thrown in. Alas, the picture was unstable due to sync information not always being satisfactorily recorded and was soon dubbed “wobbly TV”.

You can see for yourself the quality of the recording, from the Panaroma programme demonstrating the system on 14 April, 1958.

For Ampex, the production of its own video recorder took four years. It wasn’t viewed as priority and was even shelved a couple of times. After much discussion on technical aspects, work proper began back in December 1951 with only a small budget set aside to see if the initiative to utilise a rotating head array would bear fruit.

The design comprised three heads mounted on a drum writing across from one edge to another on 2-inch tape running at 30IPS. The head-to-tape speed that this spinning drum enabled was in the region of 2,500IPS. With this rate of travel, the bandwidth would be sufficient to support recording frequencies up to 2.5MHz.

It was literally an example of lateral thinking and Ampex wasn’t alone with this idea. RCA had a patent on rotary head recorders yet the company put its top audio technician, Harry Olson, in charge of its video project and he stuck to longitudinal, stationary head recording. The Japanese were also exploring rotary head recordings, more about their contributions later.

In May 1952, the video work at Ampex actually ceased while all hands were busy on a one-off instrumentation recorder. This turn of events, which lasted three months, was quite serendipitous as the young Ray Dolby got to rub shoulders with the video team who’d had to chip in on this project.

Dolby, an engineering student with no formal training had been working part-time at Ampex since he was 17. Now 19, his natural talent and technical nous made an immediate impression on the video recorder development work when it was restarted in August 1952. 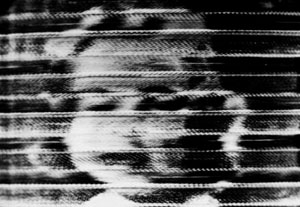 In fact Dolby was so keen, he dropped out of college to work full-time on the endeavour and was consequently drafted into military service in March 1953. One of those rare moments when he didn’t think out of the box, as his student draft deferment was no longer valid. It would take until the end of 1954 before Dolby showed up at Ampex again, working part-time and attending college.

He didn’t miss too much though, as instability blighted the development work due to problems in tracking accuracy which would lead to the venetian blind effect – no, not the clichéd transitions found in Adobe Premiere and the like, but stripy lines across the video playback screen indicating timebase errors. Things were so bad, that all concerned agreed to take a break, have a rethink and work on other projects within the company.

Some backroom work did continue that led to some of the earlier problems being resolved. On the strength of this progress, work eventually recommenced following an internal demo on 1 September 1954. Among the changes was a new approach to wrapping the around the drum tape and the use of four heads.

The actual construction of rotary heads was a new task altogether and Ampex used a ferrite core with metal tips. These had to be glued into the drum, but as the green epoxy glue took time to harden, shortcuts were often taken to facilitate tests of recorder circuitry and heads would loosen as a result of the centrifugal forces produced by the high speed spinning. 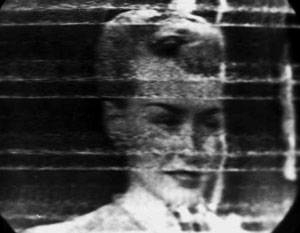 Among the tests was the idea of replacing the AM signal with FM instead. An idea introduced by Charles Anderson leading to a successful FM image being produced in February 1955. Dolby had a hand in this too, as he worked on making the FM circuit design much simpler which differed to Anderson’s approach.

At the end of the day, Dolby’s use of a multivibrator modulator won out, producing a superior picture than Anderson’s reactance valve methods. Things were looking so good that the Ampex team ran a demo for the top brass at Ampex on 2 March 1955. 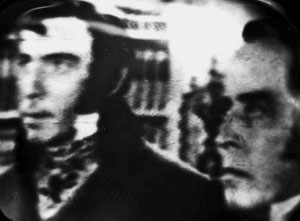 Further improvements in FM for the Ampex execs demo

Further work led to breakthroughs regarding the useful effect of variable tape tension on image consistency between machines, and new head construction techniques – a sandwich design which proved more robust and easier to manufacture. Audio was recorded longitudinally on a conventional stationary head.

Bandwidth and other improvements led to another internal Ampex demo in February 1956 which included recording of the actual audience and playback immediately afterwards. It brought the house down and, buoyed by this reception, the team then focused on a public demo at the National Association of Radio and Television Broadcasters (NARTB) Convention in Chicago 14 April 1956, with some secretive private viewings beforehand to broadcasters.

This led to an invitation to demonstrate the Mark IV recorder at the CBS Affiliate’s Meeting the day before the NARTB show. Yet the feedback from the CBS engineers was that the quality wasn’t up to scratch. Fred Pfost, who had been working tirelessly on the head design, made adjustments right to the last minute and, combined with other tweaks from the team, notched up further enhancements. 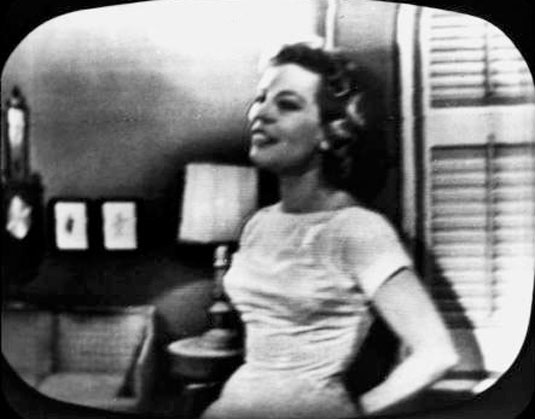 Yet what really saved the day was a brand-new batch of sample tape that performed better than anything they’d received before. It made all the difference and the Mark IV managed to achieve the performance expectations to satisfy all and sundry and certainly exceeded what the Ampex team had witnessed up until then.

Keen to repeat his success with Ampex audio recorders, Jack Mullin asked distinguished engineer Wayne R Johnson to join him to explore the possibilities of developing a video recorder. They succeeded in getting funding for a video venture from Bing Crosby and Bing Crosby Enterprises (BCE) was formed to commence work on this project. 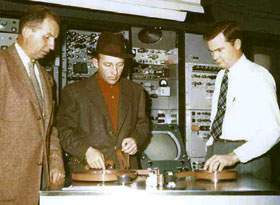 By 11 November 1951, the team gave an early demo of its progress using 1/4in tape running at 360IPS with 12 tape heads – 10 for video, one for sync and one for audio. With bandwidth tailing off at 1MHz, the dark snowy footage of an aeroplane taking off was only saved from obscurity for viewers by a commentary during the demo describing the action.

Two more BCE models were made, with the MkII tape size increasing to 1-inch. The MkIII featured input from General Electric which involved reducing the tape size to 1/2-inch, dropping the track count to 10 and lowering the speed to 100IPS for 16 minutes recording. Even with later tweaks, it wasn’t suitable for broadcast. The image quality being no match for the kinescope, appearing grainy, and like a worn film.

For video, BCE’s achievements amounted to demonstrating the first recorder, yet the difficulties of longitudinal video recording remained insurmountable. The full story from one of those involved in the project is here.