WD Sentinel DS 6100: What does a disk-peddler know about servers?

The Register finds out, with world's first hands-on of WD's SMB NAS filer

Exclusive review Western Digital (WD) has revamped its SMB NAS lineup with a Server 2012 Essentials system that I find hard to hate.

I have never been comfortable with the idea of WD entering into the server space; it's a disk-peddler, what could it possibly know about servers? This is the second generation of these units I've had in for review, and WD is slowly changing my mind.

Up for review this time round is the Sentinel DS6100. Earlier this year I reviewed its older sibling - the DX4000 - and then my complaints boiled down to "Microsoft makes the weirdest interfaces known to man" and "but it's Western Digital…they who have caused me so much grief!"

Microsoft still can't design an interface worth a damn, but any queasies I had about Western Digital's ability to make workable kit are officially gone.

The unit The Register was issued for review is a quad core Xeon E3 1265L V2 with 16GB of RAM, a pair of 320GB 2.5-inch OS disks and 4x 3TB 7200 RPM drives crammed into a footprint the size of your average home NAS. It comes with Windows Server 2012 R2 Essentials and retails for $,3960 USD. This unit comes with two power supplies and has a slightly more capacious 16 TB version available for $4,560 USD.

The new generation has multiple possible configurations. At the low end you can pick up a Xeon E3-1220L V2 with 8GB of RAM, a single OS disk and a pair of 2TB hard drives making it 4TB usable with two bays free. This configuration is branded as the DS 5100 and retails for $2,560 USD. It comes with a single power supply. 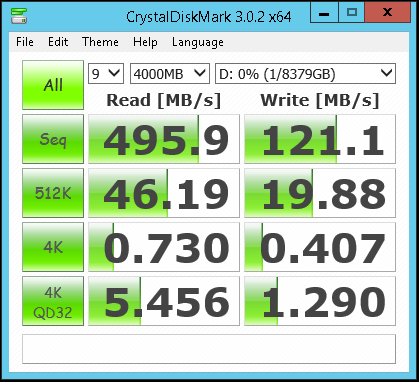 There is a chipset raid controller that ships with the unit and is capable of doing RAID 5. In this configuration you'll get a respectable 120-ish megabytes per second of sequential write and a little under 500 megabytes per second of sequential read. Naturally, that falls off a cliff the instant you start hitting it with lots of random I/O, but that's nothing new for 7200 RPM SATA drives.

I recommend using the chipset RAID over the Windows Storage Spaces or Windows-based RAID 5. The software RAID basically cuts your write speed in half.

From a practical standpoint, I found the system able to handle the needs of five real-world heavy users while I was busy hitting it with another 25 users' worth of simulated moderate office traffic. It is consistent and stable in its file delivery and performance degrades quite gracefully as additional load is introduced.

Bonus features this round include a video output port and a dedicated IPMI port. These resolve some of the set up issues that were encountered last time. Also, if you add a USB sound card it makes a heck of an HTPC.

Being an Essentials server it sets itself up as a domain controller and offers many of the standard Windows Server features. These include Hyper-V, Access Anywhere, iSCSI, NFS, SMB v3 and more.

The glaring omission is Data Deduplication, which isn't included in Essentials. That isn't WD's fault – no conspiracy theories about selling more disks, please. It is nothing more pedestrian than Microsoft's typical disdain for small businesses. No surprises here. 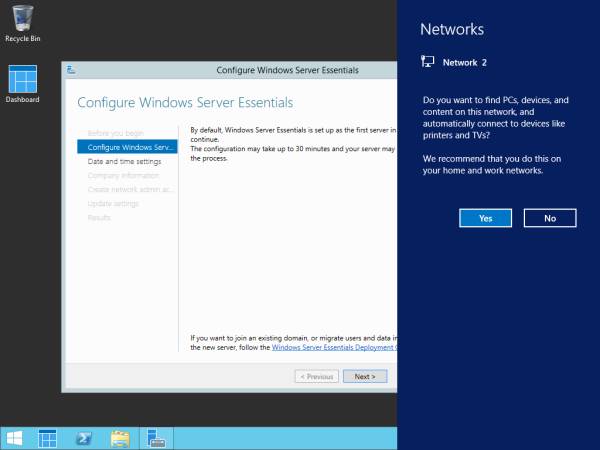 Essentials also ships with a full suite of integration hooks into Microsoft's Azure offerings (including a cloudy backup and Data Recovery service) as well as a surprisingly decent set of monitoring tools.

Essentials allows for 25 users and 50 devices to be connected to the Sentinel without CALs. Should you desire to step beyond this you can purchase the full Windows Server 2012 R2 license and requisite CALs.

Pushing to the red line

In practice, I think these units are a little overspecced. There is plenty of headroom for growth here, more so than I would have believed possible for systems this size. Given that the official documentation talks about the ability to relicence the OS as a feature, I wanted to see if this little box could handle it.

If you're familiar at all with Google and/or the dism command you can bypass Microsoft's omission of deduplication in Essentials. This lets you test what this system would be like with a full-blown copy of Server 2012 R2 installed with all the bells turned on.

The result is actually quite stunning. I was cheerfully able to hammer the system with a consistent 75 megabytes per second of network traffic while deduplication and an active Unitrends [1] VM were both running in the background.

The Sentinel took this load no problem. The cores were pinned and the 16GB of RAM was pretty much constantly full, but the system sustained access. It even worked after I put a cardboard box over it to simulate being in an improperly ventilated closet with a bunch of other computer gear and drove the thermals through the roof. It continued soldiering on, right up until it hit thermal shutdown.

There is a lot of work to do to confirm this thing is as robust as it seems at first blush. However, it has an impeccable pedigree. The DX4000 reviewed earlier this year was pressed into emergency production service after a minor natural disaster. It has handled workloads way beyond its design capacity for months in an industrial building with notoriously dirty power without even the remotest hint of a complaint

The DX4000 was a tiny little Atom with 2GB of RAM that I had upgraded to 4GB. The DS6100 has more than 4 times the horsepower and by all accounts is equally well-engineered. I realise it borders on blasphemy to say it, but WD might be on the verge of giving Synology real competition.

Naturally, I am not remotely satisfied with what WD has presented. This unit is great, but I want awesome. A filer is just a filer and what I want is a femtoSAN capable of handling file workloads and serving as block-based centralised storage for a VMware Essentials Plus cluster. 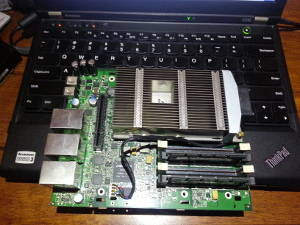 The DS 6100 is theoretically capable of that – Essentials has both an iSCSI target and a top-notch NFS server, after all - but that's really stretching what you can expect from 4 x 7200 RPM drives.

The first thing I did was upgrade the RAM. To do so you have to void the warranty by pulling up the motherboard [2]. You'll find two of the DIMM slots are open; you can now upgrade the system from 16GB of RAM to 32GB of RAM just by adding a pair of 8GB SODIMMs.

So far, so good ... but this doesn't help us much with our IOPS issue. For this we need to swap our the operating system disks for SSDs. (Don't forget to Ghost your old drives, unless you fancy explaining to WD and/or Microsoft your need to re-activate Essentials because you went fiddling in the thing's guts.) I choose Micron/Crucial M500 960GB SSDs because they are the best bang for your buck currently available. 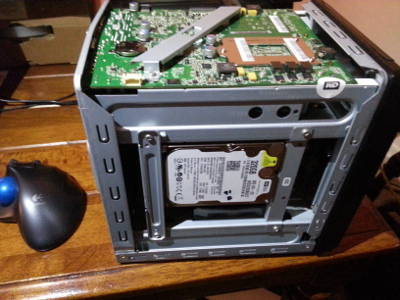 Pop the SSDs in; use the chipset RAID to make them a RAID 1. Ghost the partitions back on (shrink the OS partition to 120GB, if you can) and leave the rest of the SSD blank. When you get into Windows add the blank portions of the SSD as well as your data drives into a new Storage Space. Create a virtual drive and make sure you check the box labeled "create storage tiers on this disk." [3]

You can't do RAID 5 with tiered Storage Spaces yet, so it will require you to plan how you want to carve up your storage somewhat. The result, however, is dramatic. The system goes from feeling a little anemic for virtualisation to both NICs flattened 100 per cent of the time.

I'm still trying to convince WD to release a "Vulture Edition" version of the Sentinel with the above configuration, however, for now you can roll your own if you so desire.