Computer Chess: Geek, gaming and retro-tech movie of the year

‘The chessboard is the world, the pieces the phenomena of the Universe’

Film Review Surely no normal person would ever want to spend an hour and a half, let alone a whole weekend, in the company of beardy-weirdy 1970s computer nerds as they challenge their chess programs to beat all comers – and maybe, one day, even a human too?

Director Andrew Bujalski must be rather keen to do so, because it’s the subject of his new film, Computer Chess, which opens in the UK next month. Watch it and, like him, you may well find these ’spotters - introverts and egocentrics, boffins and bullshitters - have hidden depths. Their software too. 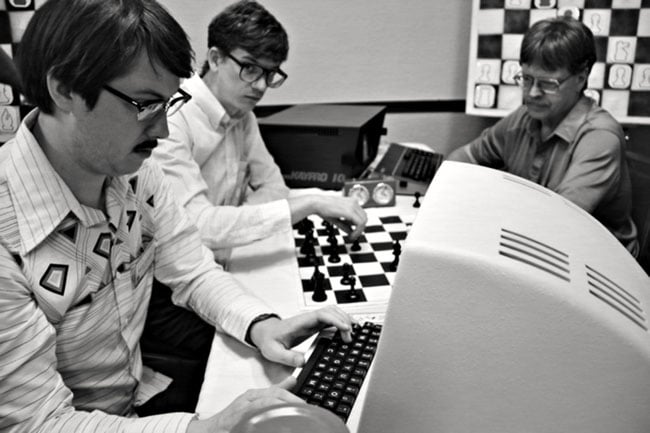 Brits may not have heard of Bujalski, but he’s been writing and directing feature films in the States for nearly a decade and is something of a rising star of the US independent film scene. Computer Chess is his fourth movie. He describes it as “an existential comedy” and, in a filmed introduction to the film, “a period piece”.

Both descriptions are apt. Computer Chess is anchored in a specific era, the late 1970s and early 1980s, and you’ll certainly chuckle and laugh out loud, though it’s humorous, observational comedy rather than slapstick or farce. But this is a film that delivers a whole lot more than a fond, gently mocking look at a gawky, geeky milieu.

Computer Chess takes place at a three-day chess tournament in which teams of programmers – some from universities, others from companies, individuals too – pit their programs against each other in a clash of calculators where the winning software will grapple with a human grandmaster. 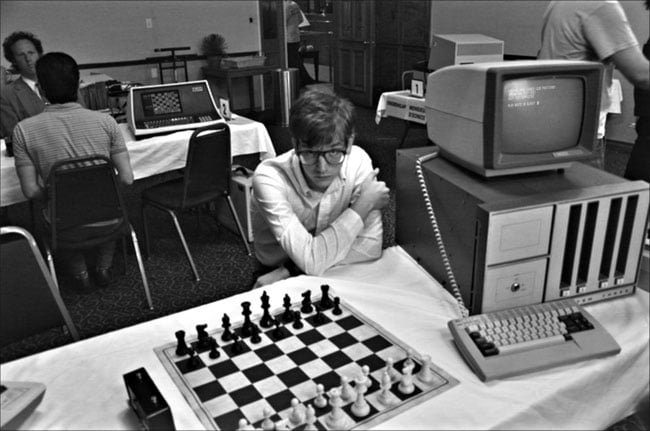 Smartly shot on black-and-white analogue NTSC video at an old-style telly 4:3 aspect ratio, the movie thoroughly invokes the clumsy, on-to-something-bigger-than-they-know world of 1970s computer research, melding Doug Engelbart’s ‘Mother of all Demos’ with, initially at least, the mockumentary style of This is Spinal Tap.

Yet Computer Chess cleverly wears its era lightly. This is not a film obsessed with achieving historical accuracy to umpteen decimal places. This is a movie about people far more than the time it’s set in. It’s not restricted by history - it’s no Micro Men.

Retro computing fans will naturally spot errors. The big box one band of boffins wheel into the convention is said by one of them to be a DEC PDP-11, but it looked too small to me. Certainly the Compaq Portable, which didn’t ship until 1983, wouldn’t have been be available for the film’s “circa 1980” setting, and neither would the Osborne One another team makes use of. 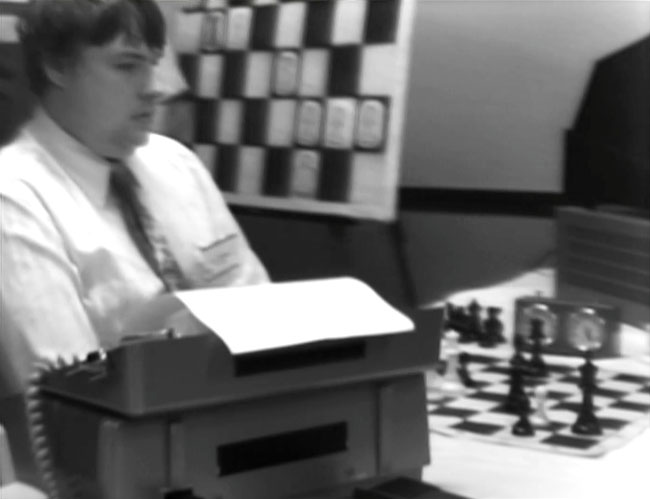 This really doesn’t matter. All the machines present, and be they Pets, Zeniths, Imsais, Tandy TRS-80s, Amdahl TTYs or whatever - every one of them with a clunk-clunk-clack keyboard and a white-on-black CRT character display - are there to set the retro tone, and they do it perfectly.

Likewise, Bujalski makes very little use of contemporary computerspeak and jargon. What argot there is is caught through scene-setting snatches of whispered conversation as participants discuss their progress and that of the their competitors.

Next page: Board not boring
Page:
Tips and corrections
21 Comments

And even better, you've got a good chance of winning against it

Getting beaten by Deep Blue seems to have had an effect

Chess champ Kasparov, for one, welcomes our new robot overlords

DEF CON I’d like to remind them that as a trusted TV personality, I can be helpful in rounding...

Analysis Good effort but the games were seemingly rigged