Double-click? Oh how conventional of you, darling!

Who needs rules when you can use your imagination?

OK, that didn’t work. Let’s try again. Click and let go of the mouse button... and wait... and click a second time.

No, I don’t want you to double-click. I need you to click twice, yes, but with a gap in between.

Look, you have to click and leave that mouse button alone for a second or two before the second click. Please stop double-clicking. Lift your finger from the button, sir, and step away from the mouse. OK, let’s click. Good. But wait for it... wait a bit more... and... click! Yes now! Click it now! Oh for the love of humanity, DO IT NOW!

As you may have guessed, I am training users to use a piece of software whose interface doesn’t always seem to work as expected. Or to put it more charitably, an interface that occasionally fails to match common mouse conventions.

The people I am training are considerably more skilled and more experienced than me, except in this particular software suite. They are also polite and gracious; they shake my hand after the training sessions. Afterwards, their manager is so generous in his expressions of gratitude that I am tempted to switch my smartphone to selfie video mode and ask him to say it all again so that I can show it to prospective clients and my mum. 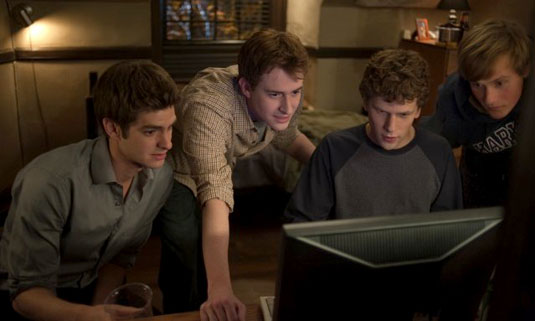 Click, click, wait for it... Oh man, this is a bitch
Source: Sony Pictures. The Social Network

Yet this business of clicking twice in unhurried succession, leaving a space of one or two seconds between the clicks, often proves to be a bridge too far for some users. The aim of the first click is to select an object name, while the second highlights its field for renaming. For reasons known only to the developer of this occasionally hokey piece of software, double-clicking will not select and highlight the object name, and neither will it do anything if the user waits too long between the two clicks.

The developer also decided not to offer a right-click contextual menu for this part of the interface (there are loads of them everywhere else) but did, one assumes grudgingly, insert an ‘Edit Name’ command in a tiny menu that’s only accessible if you can manoeuvre the cursor accurately enough to click on an inconveniently located and incongruously labelled button that is barely four pixels wide.

Clicking twice doesn’t sound difficult but it most certainly is to a generation of computer users who grew up with the double-click.

Fourteen years ago, I wrote a coffee-table book about software interface design (gathering glowing one-star reviews on Amazon such as “useless”, “stating the obvious” and “a total waste”), now cringingly outmoded and shockingly naïve – at least that’s how it reads in hindsight. The book was observational rather than didactic, and I remember how my investigations identified a key conflict: should new interfaces adhere to existing conventions or push the boundaries in order to create new ones?

Double-clicking is arguably a very bad way of triggering something on-screen: it’s wasteful of effort and enjoys the same kind of relationship with your carpel tunnels as a pack of B&Q nails has to Doug Bradley.

Double-clicking is, however, a convention. As with typing with a QWERTY keyboard or driving a car with a gearstick, the muscle memory (or strictly speaking, with double-clicking, tendon memory) can be challenging to unlearn.

The allusion to cars is apt. Seven years before I wrote that book, my father-in-law bought a used 1970s Citroën GS from one of his clients as a favour. This was the model that had crazy wobbly hydropneumatic suspension reminiscent of one of those kids’ playground hobbyhorses affixed to the ground with a big spring. 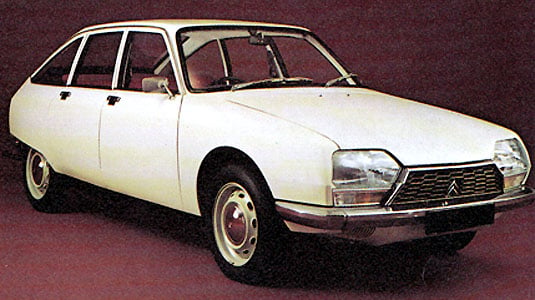 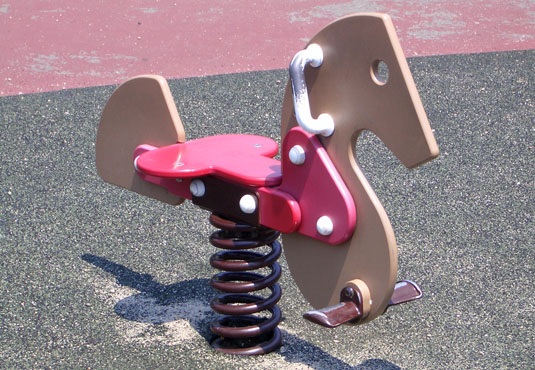 Citroën tends to go for ludicrous revolutionary user interfaces in a big way but the GS took the biscuit with its silly innovative ‘coke cans’ mounted on the steering wheel shaft and a lever that adjusted the suspension between three increasingly floaty levels that could be fairly described as ‘1. Queasy’, ‘2. Please Wind Down A Window’ and ‘3. Stopthecarimgoingtobeuuarrrgh’.

Work indicators by flicking a bar? No, the GS had you pushing buttons. Start the car and drive away? No, you had to wait for the chassis to lift up like a hovercraft first, otherwise it grated against the tyres.

Driving the GS one day, someone cut me up and I instinctively tried to sound the horn but couldn’t find it. Back at the house, a further search around the interior of the car for the horn turned up nothing.

It was only when I borrowed a make-up mirror and taped it to a stick, anti-terrorist style, that I found the little bugger. Citroën had put it at the back of one of the ‘coke-cans’, not facing the driver but, incredibly, facing the dashboard. And even though you needed bomb-disposal equipment to see it, the button was marked with a little horn icon.

My father-in-law guffawed at my evidently English characteristic of inexperience with motor vehicles, only to return the following evening in a state of bafflement, having been unable to identify any means of switching on the headlights. 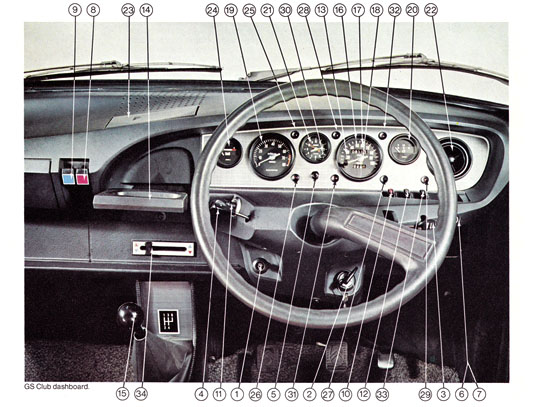 In its attempt to re-invent the car dashboard interface for the modern world, Citroën simply rendered the GS incomprehensible. I can only imagine the roads of 1970s France were littered with parked GSes as their drivers frantically flicked through the product manual, trying to find out where they’d relocated the rear-view mirror.

What Citroën failed to appreciate at the time is that fooling around with conventions is at best confusing and at worst just pisses people off. Not everyone, mind: the GS is regarded by collectors as a classic car. Not irritating and gut-churning, but innovative and ground-breaking.

I will try this tack at my next training session:

“What do you mean you can’t click twice at the precise speed required by the software to operate correctly? Foolish child, do you not realise this is a design classic?” ®

Alistair Dabbs is a freelance technology tart, juggling IT journalism, editorial training and digital publishing. He has personally trained several hundred staff at a certain newspaper company whose name cannot be mentioned in polite conversation. Suffice to say, this company does not believe that he was a man who ever hated Britain.

Your ship comms app is 'secured' with a Flash interface, doesn't sanitise SQL inputs and leaks user data, you say?

One? Two? Nope. Six CVEs patched after being found in Dualog Communications Suite

And so will TikTok and Disney, with more to come

11.11 event should be four times bigger than Amazon Prime Day