BlackBerry's AD BLITZ: Reports of my death have been greatly exaggerated 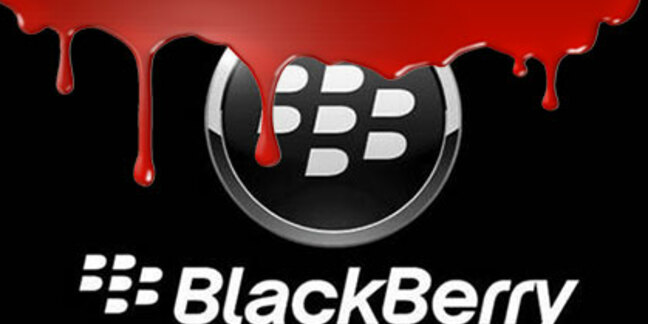 BlackBerry is taking out full-page adverts in 30 newspapers across nine countries - to reassure everyone that it hasn't flatlined, not yet anyway.

"You've no doubt seen the headlines about BlackBerry," read the ads, which will run from Tuesday. "You're probably wondering what they mean for you as one of the tens of millions of users who count on BlackBerry every single day."

The last few months have seen bad news follow worse for the struggling smartphone manufacturer. Its BlackBerry OS 10 handsets have failed to ignite serious sales, huge numbers of staff have been let go (so much so that Motorola is opening an office in BlackBerry's home town to scoop up the best of its engineers) and the company has accepted an offer for the firm, although its former co-CEOs who got it into this mess are also considering a bid.

Against this background of woe, Frank Boulben, a man with the unenviable role of Blackberry's chief marketing officer, told Reuters that the adverts will insist that his company's customers aren't buying into a dying platform.

"We want customers to know that they can continue to count on us - we are here to stay. We have substantial cash on our balance sheet and we have no debt," he said. "We are restructuring our cost base and this is a very painful transition, but it will make us financially stronger and we want to get that message directly to our customers."

To shore up its bottom line, BlackBerry is planning to launch its BlackBerry Messenger (BBM) service for iOS and Android handsets "within days." Boulben said that the firm has six million non-BlackBerry smartphone users lined up to use BBM, but the botched launch of the Android version might put some people off from rushing into the service.

Certainly BlackBerry's partners are already jumping ship. T-Mobile has stopped stocking Blackberry handsets in the US and Jabil Circuit, which makes the Canadian firm's handsets, has said that it was "in discussions right now on how we're going to wind down the relationship."

While the advertising campaign might change some hearts and minds, the very fact that Blackberry feels the need to do so shows just how much trouble the firm is in. A few adverts aren’t going to change that unless the firm can pull a truly marvelous technological rabbit out of the hat. ®