Also a generator, three cars, a big fan and radios. LOTS of radios

World Solar Challenge On Sunday, Mark Winterbottom, Jamie Whincupp and Craig Lowndes stood on the podium after Australia's epic Bathurst 1000 race and waxed lyrical about the importance of their teams, and well they might: nobody driving against any kind of competition, whether race or challenge, goes far without their team.

Out on the road, at the scorching Dunmara checkpoint, Vulture South spent a few minutes with the Solar Team Twente (third place) support vehicle, and got some insights into the kinds of things the winning teams carry with them as support.

First and foremost, the support team has to decide how fast its car is going to travel – and this isn't trivial. The driver is the one that dials up the speed in the car (along with handling the steering and the brakes), but it's the team that has to balance:

There will, as always, be commentards that think this stuff is simple, but take one example of how the apple-cart can be upset: if the car were forced to an unexpected stop on its limited energy budget, the amount of power needed to return it to cruising speed must be factored into the day's energy budget. 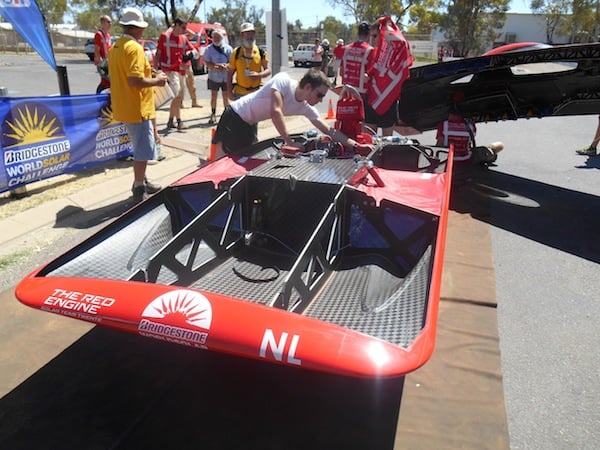 Remember also that only a solar racing fool is going to end the day with batteries exhausted. Racing may conclude at 17:00 but at 08:00 the next day you need to get under way again with enough battery power to get moving long before the sun is directly overhead. Charging is permitted outside of race hours, but without budgeting for the amount of energy it will be possible to collect things can go pear-shaped in a hurry.

That's what makes the combination of wood, string, gaff tape and laptop the central nervous system of the team's on-the-road effort. 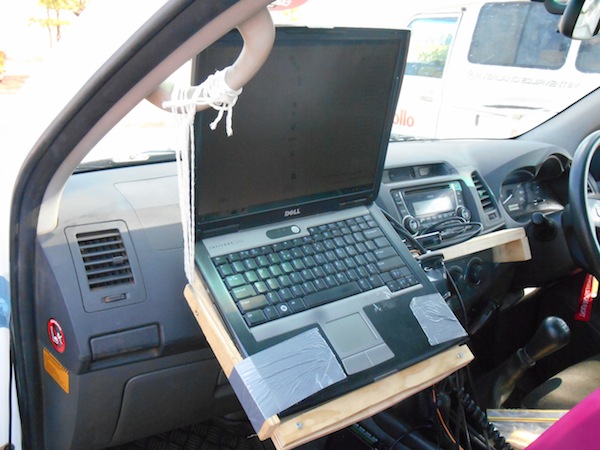 As noted in this discussion with battery module maker Alain Chuzel of SunCat, battery voltage falls off if the batteries get too hot. So the support vehicle carries a reference solar panel on the roof (and here's hoping that the copious gaffa tape did not, in this instance result in irreparable damage to the paintwork at the end of the race). 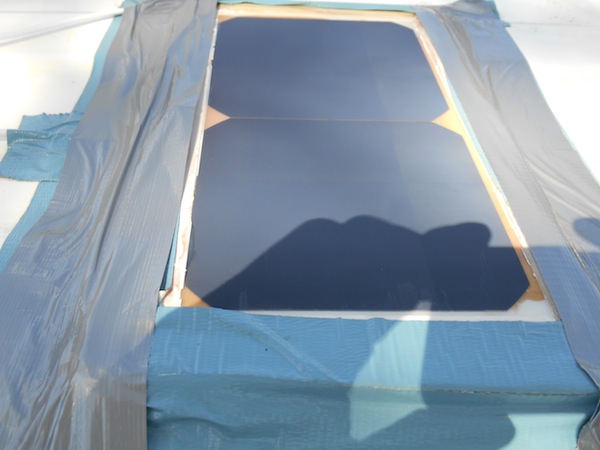 should be getting from the sun

Nearly everybody carried their own portable weather station, as shown below. 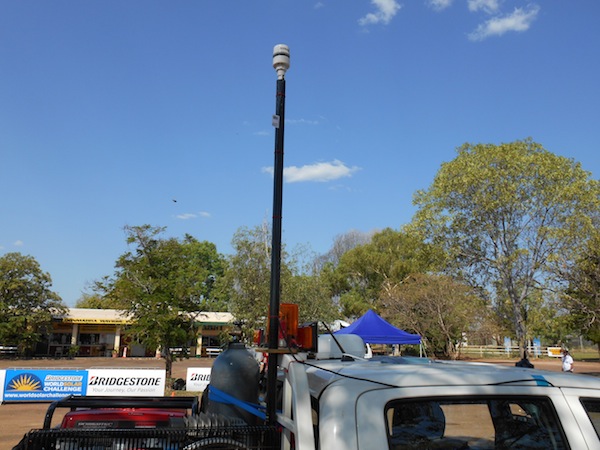 Portable weather stations were ubiquitous among the major teams

The car pictured in this story precedes the solar car by 20 or more kilometres and beams data from the solar panel and weather station through the laptop and over a satellite to the "decision making team" in a car chasing the solar racer. That team uses the data to instruct the driver, over CB radio.

The effort required to get this all working is considerable and demonstrates the epic effort that goes into the World Solar Challenge.

Little wonder then that the lead car also includes a generator. You need 240 V when you're at camp to provide a modicum of comfort and to power all this kit. 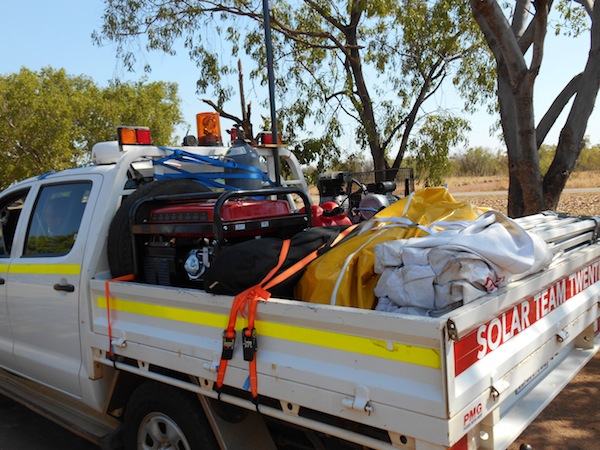 The generator also means nobody has to waste time setting up tents the hard way, thanks to this handy giant fan for the inflatable multi-person tents Solar Team Twente carried. ® 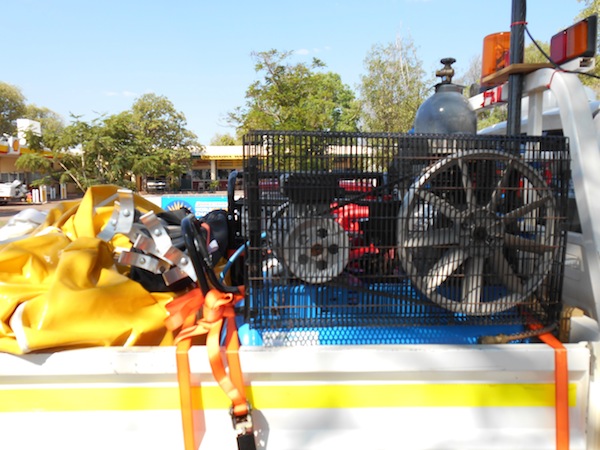 Why pitch your tent when you can blow it up?

COVID hiccups be damned, work on instruments and connectivity is under way and space agency JAXA is determined to hit launch window
Science6 Oct 2022 | 13