Time to clean up this one-horse nation ... then, the world

Google's assumed dominance in online maps is being challenged in India by Nokia's efforts and separately an upstart service in the country. And the outcome of this battle could send tremors throughout the world.

First, the local competition: WoNoBo, launched by mapping operation Genesys, presents 360-degree panoramas of the interesting bits of 12 Indian cities, with about 54 to follow shortly according to Tech In Asia. It has done deals with tourist offices to present walking tours and interactive guides, yet the company reckons its real strength is in applying local knowledge which is interesting as it mirrors the approach being take by Nokia Here.

Nokia would like to crowd-source maps, but this risks ruining the quality of its data as misguided and mischievous participants throw in their opinions. Nokia's solution is to create a hierarchical system, headed by a thousand local reps each of whom enlists "handpicked local experts from more than a dozen universities" to review the contributions from the unwashed masses who can chuck in their amendments though the Map Creator. This is already online in the Indian region as a model for global crowd-sourcing to come. 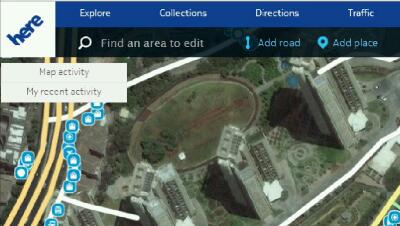 How well it works in practice remains to be seen, but any sign of competition is to be welcomed in a global market with barriers to entry so high that a dominant player can quickly become unassailable. Without competition there's no incentive to innovate beyond extracting more value from existing assets, which for Google always means simply more advertisements. Hopefully what happens in India will demonstrate what can be done elsewhere. ®