Not content with revolutionising shopping as we know it, uber-cool money-transfer outfit Square has launched a peer-to-peer payment system – secured only by an SMTP password.

Square – the payment firm developed by Twitter founder Jack Dorsey – has debuted a new service, Square Cash, which authorises transactions with an email. You just email the recipient, CCing cash@square.com, and specify the quantity of cash to be moved in the subject line.

The money is deducted from one's debit or credit card (which must be registered with the service – either in advance or Square sends you instructions to do so) and credited to the recipient, who'll be asked to provide one if not already registered. The key to securing Square transactions, however, is that their security depends entirely on the impossibility of forging an email message. 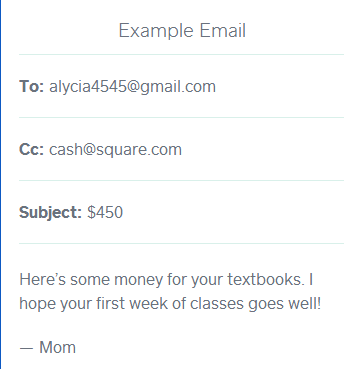 Looks genuine to me

Square apparently wanted to simplify the process of sending and receiving money, and, having decided that secure credentials are a bit of a faff, thought email should be sufficiently secure to authorise payments totalling up to $2,500 a week. As an SMS is sent to the payee every time money is deducted, they've plenty of time to dispute a payment during the 1-2 business days it takes to process.

Forging emails isn't as trivial as it used to be some years ago, when one could telnet into an SMTP server and spit out a mail from anyone. These days SMTP servers commonly require a username and password, and use Transport Layer Security, but you might not wish to bet your bank account on it.

Square has a history of playing fast and loose with security, touting an iPhone-based magnetic-stripe card reader without any obvious security features, but if the company can get away with it in most cases, then the security is probably good enough.

Square Cash transactions will be free, but the showstopper may be those two business days it takes for transactions to be credited to the recipient's account, while services such as PingIt can do the same thing in less than 24 hours. ®