I’ll be back... but not until December

Hong Kong University robotics researchers ended up with egg on their faces today when their new $2m walking robot tripped over and broke its leg while trying to strut its funky stuff at its first public performance.

HKU’s prize robot – called Atlas and created by Massachusetts Institute of Technology spin-off Boston Dynamics – was being shown off after the university acquired the mechanical man in a bid to compete against six rival establishments around the world to be the first to get the 'droid working fully. 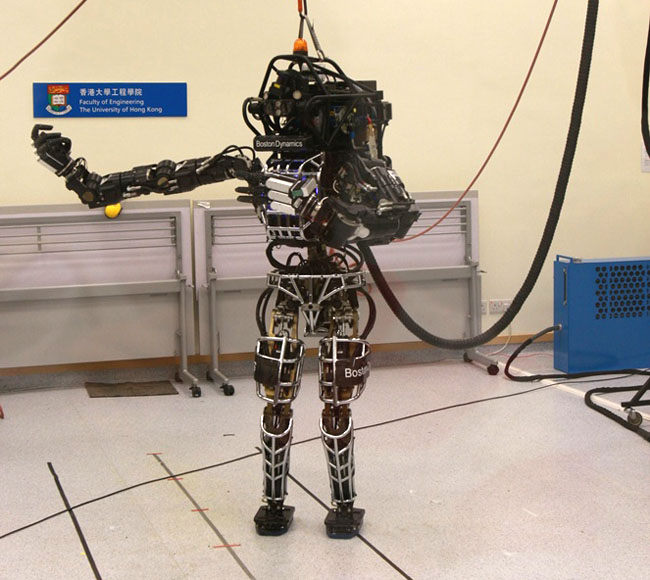 Atlas before the accident

The HKU boffins in charge of the 1.9m tall, 150kg robot - one of only seven built and the first Atlas shipped to Asia - were chuffed to have managed to get the robot’s head, hands and body working in harmony, and had arranged the demonstration to show off their success to the media.

But right at the end of the manoeuvres the ambulatory android lost its balance and toppled over, snapping its ankle on impact.

According to Boston Dynamics, Atlas is a high mobility robot designed to negotiate difficult outdoor terrain. It was intended to be able to pick up objects and carry them in its arms. Its articulated, sensor-equipped hands are said to enable Atlas to use tools designed for human use. ®