Pics Vendors are always keen to find appealing ways to attract attention to their products, hosting events that more often than not turn out to be cringingly cheesy. Yet as part of HP’s workstation campaign, drawing upon the talent of Soho’s finest animators to collaborate on a short film project, seems to have hit the right note.

To make the one-minute film, six animation houses were each given the task of producing a 10-second animation in five hours using HP Z workstation kit assembled in a pop-up studio called ZED, based at the Vinyl Factory in Soho, the heart of the UK’s creative industries.

The theme was London’s Hero – the capital doesn’t have its own superhero, but if it did, how would this metropolitan marvel come about? 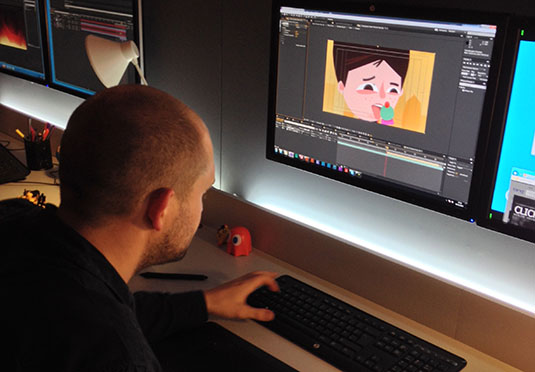 Mummu animator working on Child's stage in Adobe After Effects

Each animation studio was given a different phase of life to work on, from baby to senior, but none could share their character ideas, as they worked entirely independently. As the baton was passed on, only the last 30 frames from the previous stage would be seen by those working on the next stage, enabling hints at character and smooth scene transitions.

This team effort was staged over several weeks, giving the animators time to work on their design ideas before getting busy at the purpose-built ZED studio equipped with HP’s Z models featuring Intel Xeon E5 CPUs and Nvidia Quadro GPUs along with the Z1 all-in-one Xeon E3. The machines were pre-loaded with to-die-for suites of applications, from Adobe, Autodesk and The Foundry. 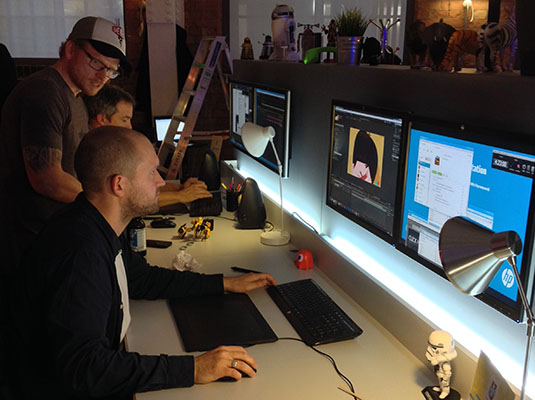 While there was plenty of choice, the animators I saw at the drop in sessions this month had headed straight for the fully-loaded HP Z820 models, featuring 128GB of RAM, 512GB SSD, 3 x 900GB HDDs, Quadro K5000 GPU and dual Intel Xeon E5-2687w CPU.

On Wednesday night, a party thrown by HP and its ZED partner, animation events fixer Cut&Paste, screened the final one-minute piece. As it turned out, the baby stage was created by a French animation house, Blackmeal. UK talent took up the rest of the challenge with the Child stage by Mummu, Teen (Fred & Eric), Young Adult (Animade), Midlife (Territory) and Senior by Golden Wolf. 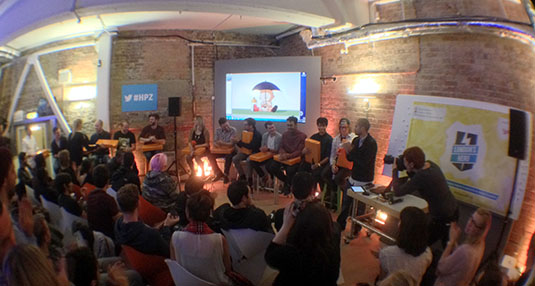 When Cut&Paste host John Fiorelli announced the participants were all to receive gifts of HP kit, for a moment I thought they’d be walking off with the ZED studio workstations that dominated the room. Rather incongruously, they all went home with an HP ElitePad 900, a Windows 8 tablet that has a zed of a different sort thanks to its reliance on Intel’s somewhat underwhelming Atom Z2760 CPU.

The above video and the details of the various stages behind the final video can be viewed at Cut&Paste. ®