Alarming tales: What goes on INSIDE Reg hack's hi-tech bedroom

Something for the Weekend, Sir? Mrs Dabbsy is threatening to decamp to the spare room.

It’s reminiscent of those radioactive weeks just over a year ago when she was a bearer of unstable atoms but the culprit this time is not an overactive thyroid but my choice of alarm clock. 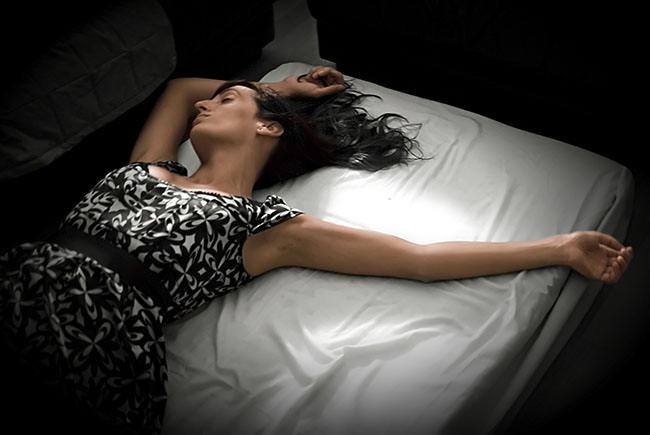 Like many professional couples, we each follow a different work schedule and the week often sees us head to bed at different hours and arise from slumber independently.

This demands a system that allows us to be woken separately. Not a problem, you say: buy two alarm clocks.

Well yes and no. The problem is that whoever needs to wake up first has to do so quietly, gently, without waking up the other. He – for it is I – must slip unnoticed out of bed and make his way silently out of the room, across the landing and down the stairs.

Between the bed and the last step of the staircase are burglar-trap floorboards so creaky that I expect to pass a hand-wringing Roderick Usher on the way.

For fear of waking up the rest of the household, I creep bent-kneed and arms extended for balance, stepping cautiously using the pads of my feet only. Thanks to years of practice, I am getting quite good at this and I know that one day, when I reach the end of the corridor without tearing the rice paper, my master will announce that it is time for me leave.

By contrast, waking up second is easy: anything from a military airbase klaxon to a digital radio tuned to Kerrang! will do the trick since there’s no one else in the room to disturb. She – for it is Mrs Dabbsy – can then leap out of bed and prance around the room with all the subtlety of Michael Flatley stamping out a cigarette.

Over the years, the two of us have worked and subsequently broken our way through a staggering variety of alarm clock gadgets.

Among the more memorable was one that woke you up by playing a recording of sounds from nature.

Unfortunately, the combination of a cheap synth chip and the fact that one’s mind is still partly in fairyland when audio playback begins tends to produce a disturbingly surreal effect. By the time my ears pick up the ‘running water’, it sounds like a buzz saw. Equally, ‘morning birdsong’ becomes circling vultures and ‘rustling forest’ has the effect of making me think my bedroom is on fire. 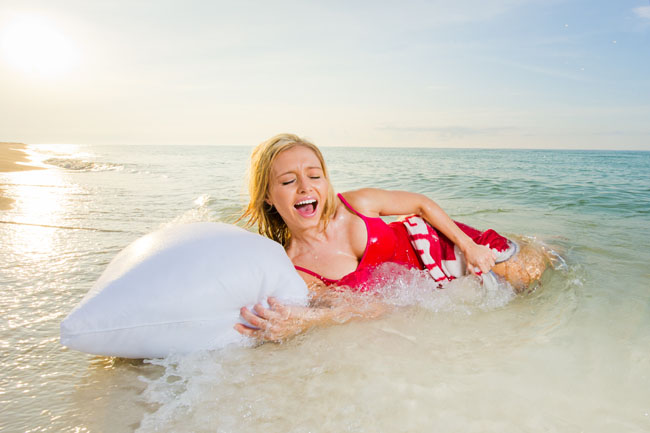 Not the result I expected when I set the alarm tone to ‘ocean breeze’
Source: Silentmind8

Nor are those that emit a muted alarm sound that progressively increases in volume if you don’t hear it straight away. In fact, the latter device seems to be designed to wake everyone else in the house except for the person sleeping directly next to it, providing your family with ample opportunity to shake you vigorously by the shoulders, give you a kick up the arse or throw a bucket of water in your face while hissing: “Get up, you deaf bastard!”

Next page: This is your early morning call
Page: