Wait for it, waaiiit for it: We update an Atom tablet to Windows 8.1 Pro

Did Microsoft swallow a Jobsian phrasebook?

Pics If you own an Atom tablet and you’re pondering on upgrading to Windows 8.1 now it’s out in the wild, then there’s good news and bad news. The good news is that it installs fairly smoothly in my experience. That said, I would advise to send out for pizza and rent an epic movie, the longer the better, as the update takes an age to install on a Windows 8 Pro fondleslab. 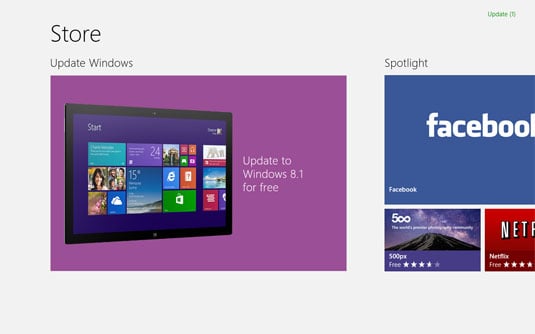 Here it is kids, come and get it

The process is simple enough though. You run the update from the Windows app Store – it’s there ready and waiting for you when you go there. I did wonder if the 4.5GB remaining on my HP ElitePad 900's 32GB flash drive would be sufficient for the installation, as there’s a 2.81GB download to manage.

Luckily, there were no mutterings of disapproval as I tapped my way onward, having already taken precaution of using Ethernet networking and plumbing in a mouse, just in case.

There was the usual, “Is anything actually happening?” moment as about five minutes elapsed with the download progress bar not shifting a pixel, but the flashing from the USB Ethernet adaptor did suggest there was something afoot on my 60Mbs connection.

The Store’s installation window kept me updated beyond the initial download with hopeful messages: “Getting PC ready” after about 20 minutes. Oh good, won’t be long now. Followed by “Getting update ready” five minutes later.

All encouraging stuff and the then first hurdle came up.

OK, if you insist... so long HP ProtectTools Security Manager

I was 45 minutes in when a message popped up to say I needed to uninstall HP Protect Tools Security manager and a couple of related apps – including drive encryption. Helpfully, the Win 8.1 Pro update process could be paused while I sorted this out.

First, I thought if I’d give disabling the HP Tools a try the uninstal might not be necessary. I’d not configured these tools, but even with them deactivated, the MS update still insisted they had to go. Maybe HP has an update that can circumvent this, as it does look like the Win8.1 update could turn out to be a pain for admins.

An encouraging sign, but don't get too excited, you're not even half way there yet

With HP Tools gone, nothing stood in the way of the update. Hoorah! Nothing except the passing of time. An hour had gone by since I started, and even the HP Tools palaver was no more than a 10 minute diversion. Still, the good news was the Installation screen was now reporting “Installing”, “Checking compatibility”.... and 8 minutes later, “Applying changes”.

You really should have sorted out that movie

A few minutes later, the unmoving “Gathering info” stage appeared that you could have placed bets on to see when it would complete. It took another 13 minutes before the first restart screen popped up – about 1hr 45mins into the mission.

At this point, I should say more about the spec of this tablet. It has a 1.8GHz Intel Atom Z2760 CPU and 2GB of RAM. It’s fairly typical of a Windows 8 tablet, although there are a number of Core i series models out there too, mostly pretending to be Ultrabooks.

Are we nearly there yet?

Now if you thought that the Store Installation stage was spinning a yarn with its Almost There-style ramblings, the reboot takes the cake with its banal messages. Over the next 40 minutes, the system reported that "something" was happening, but not a great deal more.

How ready is ready?

Here goes: “Setting Up”, 15 mins later “Getting device ready” shortly after that “Getting ready” and “Applying PC Settings” which went on for about 20 minutes.

Another reboot and this is fast becoming the Microsoft equivalent of Steve Jobs’ crowd-pleasing phrase “Just one more thing...” Jeez, I wish I’d ordered that pizza now, 2½ hours have gone by and here it comes “Setting up a few more things”.

After another 12 minutes, the end is in sight. The licence agreement has popped up followed by the Express or custom settings option. I went for custom, and I’m glad I did as there’s an awful lot of sharing stuff on by default. 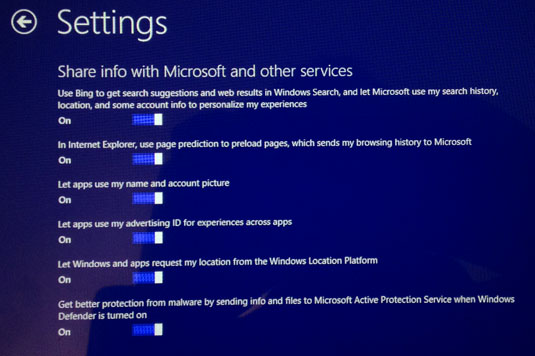 Things are looking a bit more colourful now and it’s comforting to know that 2hrs and 45minutes on, as Windows 8.1 reports that while it’s “Installing your apps” that it’s also “Taking care of a few things”.

How many more things? Having installed Win8 a few times, I know this is fairly routine, and on faster machines some of this would be complete in the blink of an eye. Still, on this Atom tablet this seemingly endless stream of messages really makes a meal out of delayed gratification. 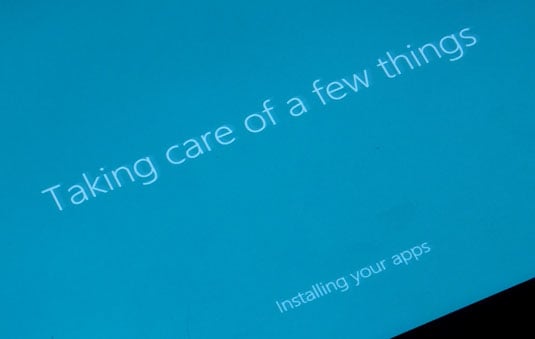 Yet the moment has come: I’ve reached those touchy Tiles and the Desktop delights. And somehow I’ve ended up with 9GB free, double what I started with. Did those HP Tools really bloat to 4.5GB or does Windows 8.1 Pro do some pretty good housecleaning? I’m guessing it could be the latter, which on a tablet with a storage strapped boot drive, is definitely worth the wait.

Mmmh, that wasn't there before

Oh, I do love a happy ending, even the micro SD card slot works now, which had been a problem on Windows 8. But what’s this I see in the corner? "SecureBoot isn’t configured correctly." Doh! ®