Where little things mean so much

Review Office equipment invariably goes through years of abuse and is often consigned to landfill only after a strategic coffee spill brings about a lethal end to a troublesome or antiquated device. In more enlightened environs, the idea of a kit refresh from time to time isn’t an alien concept, but there is an inclination for simply more of the same.

Older readers will recall a British TV ad from the 1970s where the woman cooking asks “How d’you like your eggs, fried or boiled?” and the man begins to dream of alternatives: coddled, scrambled an omelette or quiche lorraine... With a little imagination some tasty office tech can work wonders and shouldn't involve breaking too many eggs either.

Reinventing the mouse is an obsession for some companies, but rather than remodel the design of the trusty handheld rodent, here we have an entirely different layout for its functions.

The Roller Mouse features a “rollerbar” that moves laterally and also rotates enabling left/right, up/down movements, respectively. This knobbly rubber tube is also clickable, and its optical sensing is smooth and easy to get to grips with. Interestingly, sliding to the extremes takes the cursor to edges of the screen and I can confirm this also works in multimonitor setups. 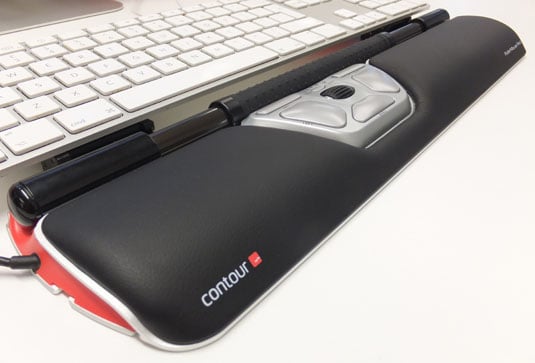 The wrist rest pad is removable but is actually quite comfy

In use it’s a bit strange to start with, but the cursor speed can easily be changed from the functions area that’s integrated into this comfortable wrist rest design. The padding can be removed if you prefer, however, the RollerMouse also has adjustable keyboard risers that are essential for perfect positioning. Until I’d properly elevated my flat Mac keyboard, I kept hitting the roller bar – producing somewhat random results when typing.

The Rollerbar also allows click and drag with a minimal amount of pressure, although this can be adjusted. If you want to be old school about things, there are dedicated left/right mouse click keys in the functions area which also features separate Copy, Paste and Double Click buttons. In the centre is a scroll wheel too. Responsiveness and functions can be changed by various keypresses: for instance, Double Click can become the Middle button, and there are Mac and PC modes too. 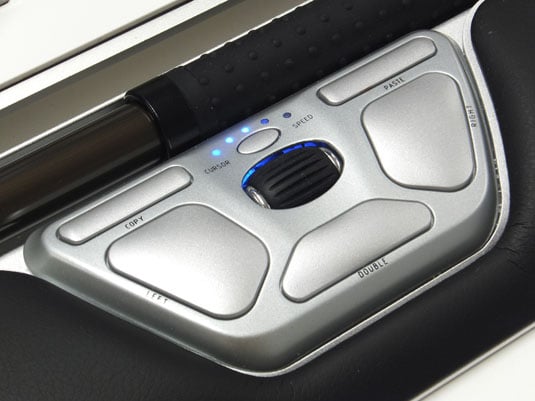 Originally targeted at design and architectural workstations, the RollerMouse could just as easily fit in with database and coding tasks. Its ergonomics also offer an alternative and rather more restful modus operandi for anyone blighted by RSI.

Time was, the only decent speech-to-text software around was Windows-only, but market leader Nuance – the company behind Siri, but don’t hold that against it – has been supporting the Mac for a while now. It’s also developed a suite of apps for both iOS so you can capture your musings on the move and have them transcribed when you next hook up to your Mac. There are Android apps too, but these require the PC version of the software.

As with all software of this kind, a bit of ear training is required, as it does become personalised to your voice. This was one of the only real drawbacks I found with it, as I had hoped it could transcribe interviews. However, Dragon Dictate works with profiles and so it’s attuned to only one voice for each profile setup.

There is a certain amount of give and take for multi voice scenarios, but the accuracy does suffer. One way around this is to parrot what’s being said, which is what Nuance recommends, as it’s the solo dictation experience that delivers the most consistent results. 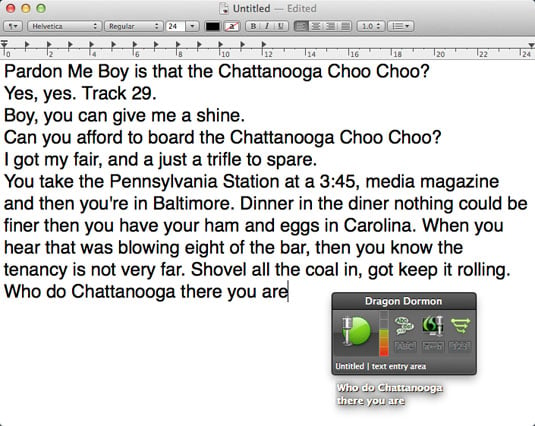 Miller time: Uncorrected dictation is pretty good overall but still has several inaccuracies
Among them, spoken as fare shows as fair, quarter to four = 3.45, read a = media, Tennessee = tenancy

A word to the wise though, if you are thinking of feeding lengthy recorded monologues into Dragon Dictate, then the supported formats differ between platforms. So the Mac version doesn’t recognise MP3 files but does work with MP4 – the iOS default recording format. Conversely on the PC, Dragon Naturally Speaking works with MP3 but not MP4 – a platform format compatibility list is here.

In a live dictation scenario, you’ll want to change things, edit and correct as you go and even format the document. All this and more is possible if you learn the various commands [PDF] that go beyond simply droning out a document layout but can navigate the desktop, run applications and conduct searches too. Interestingly, I did find it ignored profanities, you can guess which words became "Can't", "Fact" and "Sit" yet there was one expletive allowed: Nuance evidently think it's fine to talk "Bollocks". 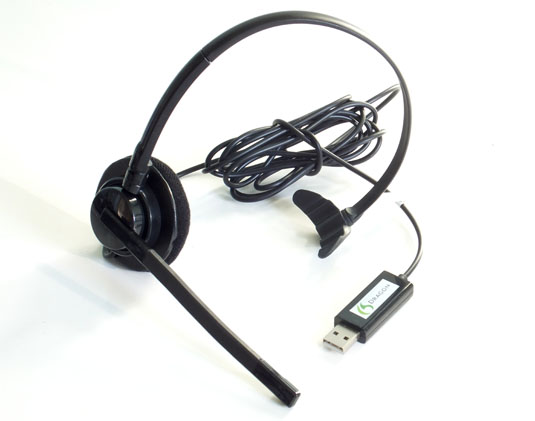 If you don't fancy using an app, the Dragon USB headset is included in some Nuance packages

The wandering "blue sky thinker" (that's what corporate types are calling it these days) can even run the Dragon iOS Microphone app to speak to the software via the iPhone. This is all very well if you’re not too self-conscious and either have understanding colleagues or a room of one’s own. Still, those moments of inspiration recorded as a memo on the iPhone can be transcribed without anyone else hearing a word from your inner dictator.

Lock up your Office macros: Emotet botnet back from the dead with Trickbot links

Nice to have nearly a year off from that malspam threat, but now it's returned
Security16 Nov 2021 | 4

What a Mesh: Microsoft puts Office in the Loop, adds mixed reality tech to Teams