Long time ago? Galaxy far, far away? You ain't seen nothing yet

Promiscuous early galaxy has a multitude of suns

Pics Astronomers have glimpsed the most distant galaxy known to Man: it's an early cluster system more than 13 billion light-years away and was formed barely 700 million years after the Big Bang. 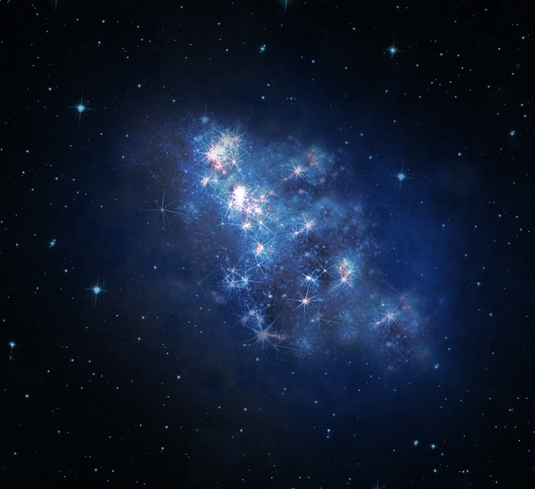 Galaxy Z8_GND_5296 was first spotted using the infrared hardware added to the Hubble telescope in 2009 in part of a month-long survey of distant star systems. Teams at the University of Texas and Texas A&M University put aside their historic rivalry to take part in research to cross-reference the space telescope's findings using the Keck Observatory's Keck I telescope in Hawaii.

Z8_GND_5296 has a redshift rating of 7.51, the highest yet confirmed. NASA has a tentative spotting of a galaxy formed 380 million years after the Big Bang with a redshift of 11.9, but that figure is unconfirmed thus far. The Texans has now confirmed the current figure by eliminating the possibility of signal distortion, making this the oldest galaxy spotted so far, they claim.

"Finding one galaxy in this way is a triumph; it proves we can do this, but we only have one," Casey Papovich, team member and associate professor at Texas A&M University told The Register.

Z8_GND_5296 was one of over 100,000 galaxies discovered in the Cosmic Assembly Near-IR Deep Extragalactic Legacy Survey (CANDELS), a month-long scan by the Hubble telescope – the longest time the hardware has been focused on a single job. The samples from CANDELS were whittled down to 43 likely candidates before secondary measurement began. 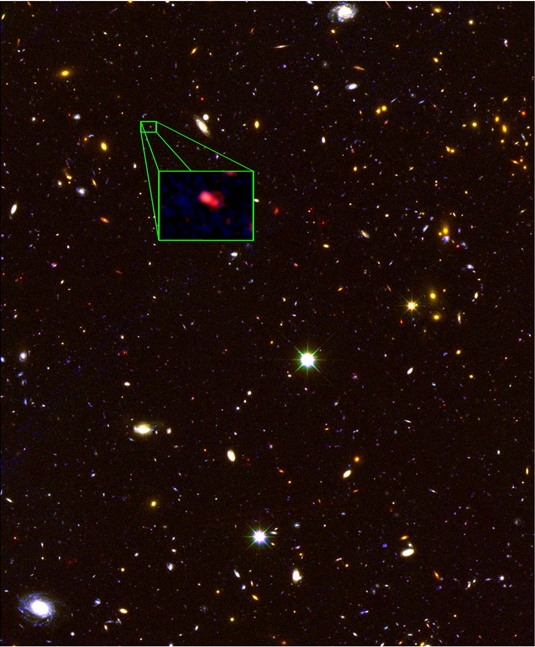 CANDELS lights up the sky

The galaxy differs from younger systems, like our own Milky Way, in that it produces a 150 times more stars, or so the team estimates. Other galaxies in the same zone of the universe are also highly prolific, suggesting it was a vigorous time of universal expansion, but Papovich said this raised some important questions for cosmologists.

He explained that the initial survey of older galaxies should have yielded signals back from at least 20, but so far only this one has been detected. Papovich and the team are working on the theory that the paucity of signals is down to a fundamental shift in the makeup of hydrogen in the universe, which shifted from a neutral to ionised state.

It's going to take at least 10 galactic finds before the team can get the evidence they want, Papovich said, and that's going to take time and some new hardware. Specifically, the team want to get time on the Giant Magellan Telescope, a massive 25m diameter telescope currently being built in Chile and due to come online in 2020. ®