‘The best computer on the market’

Cost and pricing factors led to some of the more advanced options being whittled away as Madge and his team tried to zero on on “a technological window for a product which answered most people’s complaints about existing home computers [yet could be set] at a reasonable price”. He had a long view - justifiably as it would turn out. The machine, like its parent company also called Samurai, had to “still be wanted four or five years after the original design decisions were taken”. 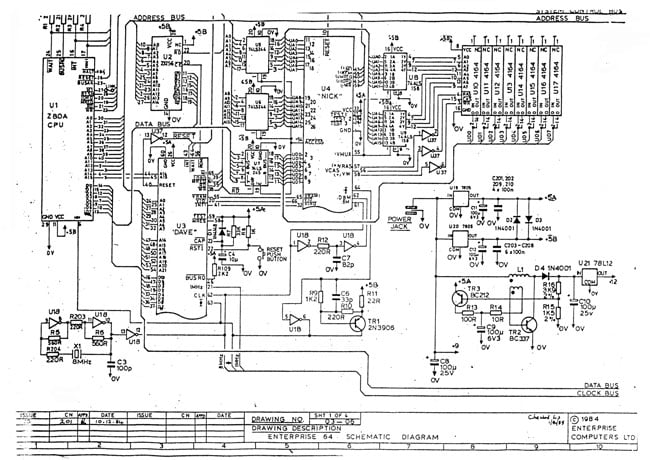 Nick Toop’s work with the Z80 processor, along with the prospect of being able to run the CP/M operating system then the de facto standard for business micros, ensured there was little choice but to base the machine on the Zilog processor. The need to run CP/M suggested 64KB would have to be the base memory capacity. It would also provide a selling point against the 32KB and 48KB machines then on the market.

While IS was responsible for the internals, the computer’s industrial design was put out to tender. Three teams of designers were asked to present their vision of the new machine. Business partners Geoff Hollington and Nick Oakley, both entirely new to computer design at that time, were among those canvased for their interest in the project.

Designing for the living room

Hollington had trained in product design, but his career had taken him into interior design, with work on Island Records’ studios and Vidal Sassoon salons to his credit by then. By 1983, he was running his own agency in Belsize Park, London in an office shared with former journalist and Design Magazine editor Mark Brutton. Robert Madge, Geoff remembers, had an interest in architecture and design, and knew Brutton. Keen to put to practice the product design skills he’d learned at college, Hollington jumped at the chance to pitch for the Samurai when it the opportunity was given to him.

Hollington and Oakley promised a fast response to Samurai’s overtures, but it was their notion that computers needed to move beyond the "rectangular beige box with a keyboard on top" look then commonplace and become items designed to sit comfortably alongside TVs and hi-fis that won them the Samurai gig.

The two wanted the design, as Hollington put it in a 1983 interview, to “seduce people into buying the machine yet say little about the technology” within. Apple’s Jony Ive might today say the same thing.

Lacking sufficient expertise, IS had had to seek industrial design experience outside of its in-house team. It also needed to look elsewhere for help designing the new machine’s core logic, the two sound and graphics ASICs at the heart of the design. Madge had originally hoped to build the Samurai entirely out of off-the-shelf parts - “there is no point reinventing the wheel”, he would later say - but when it came to video and audio, nothing then on the market was judged to be up to snuff.

So Madge took the brave step of commissioning the development of the two new chips. Nick Toop was asked to design on the video chip. He soon became IS’ chief engineer and later a company director thanks to his work on the first of the two ASICs and on the rest of the computer’s electronics. His chip was unimaginatively nicknamed "Nick".

For the other part, Madge brought in Dave Woodfield, whose talent had helped secure victory at a national micromouse competition. A micromouse was a compact robot able to find and remember the fastest successful path through a maze. Madge figured Woodfield would have no trouble navigating the complex pathways of a new audio processor.

In addition to sound, the "Dave" chip also handled memory management. The Enterprise divided its 64KB memory into four 16KB "segments", with four more in the 128KB version, and 256 in total for the full 4MB of RAM or ROM - 3.9MB in practice. Dave performed the trick of recording memory addresses as 22-bit values and ensuring required 16KB memory segments blocks map into any one of the four 16KB pages supported by the Z80. Dave was also responsible for managing the 1MHz system clock, the interrupt system and the system reset circuitry. 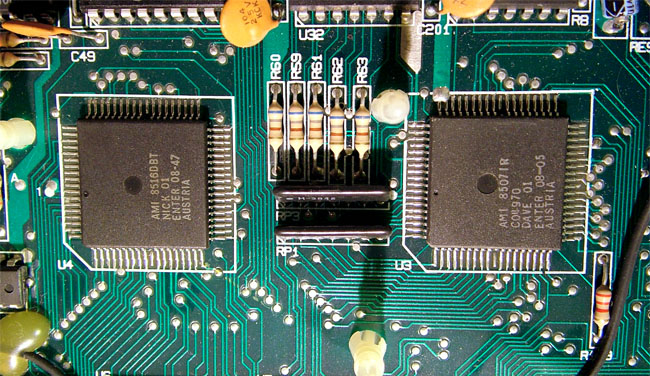 The machine’s I/O system was based around a channel structure, accessible through Basic and EXOS, and with each device - keyboard, screen, cassette, printer, etc - assigned its own channel.

By this point, Hollington and Oakley had largely completed their case design, on schedule. Notions that the expansion cartridge might go on top of the machine had been rejected in favour of a side-facing location, the better to prevent spilled drinks getting in, apparently. Equipping the computer with a standard keyboard had been dismissed too, for cost reasons. Instead, injection moulded keycaps would be placed on top of a Spectrum-style rubber-mat-and-membrane keyboard to combine the latter’s low production cost with the hard-key feel that the team believed would appeal to touch-typists and lend the product an air of quality.