Launched with a long lead time

Journalists and readers would have to wait for speeds and feeds until 14 September when the Enterprise was launched. It made its public debut three days later, at the Olympia-hosted Great Home Entertainment Spectacular show. Up until then, they would just hear “I have absolutely nothing to say,” from IS's Kevin O’Connell. “No information will be released until we are 100 per cent ready. I’m afraid I’m going to continue to stonewall you.”

That September the Elan Enterprise would be presented in two versions, one with 64KB of RAM, the other with 128KB. Both would have a 4MHz Z80A processor and 32KB of ROM for the operating system and, novelly, an integrated word processor. Memory could be extended to just shy of 4MB - a staggering amount at the time - but only with a series of stackable add-on modules coming some time after the machines themselves. 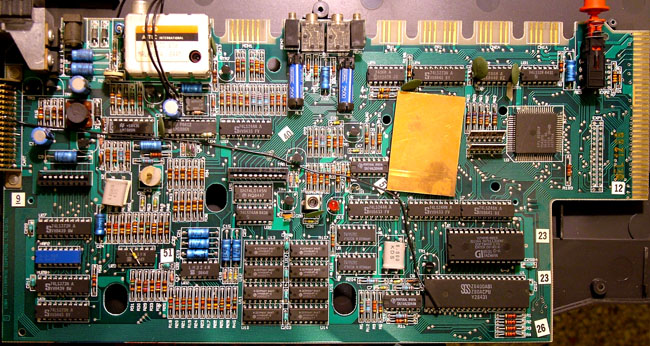 Nick Toops’ video chip would provide support for 256 colours, with text screens running from 42 x 28 characters to 84 x 28, both using four pairs of foreground and background colours from the full palette. Graphics screens could reach a resolution of 672 x 256, though at a cost of colour range: at that resolution each horizontal line could use only two colours. Reduce the horizontal resolution on any given line and more colours became available.

Dave Woodfield’s sound chip would let the Enterprise output four stereo channels simultaneously - three music channels and one for noise - through the micro’s own speaker or out of a 3.5mm socket on the back of the computer.

In addition to the Rom cartridge slot - capable of adding 64KB to the Enterprise’s memory map - the computer had two cassette ports, two non-standard joystick ports, and both Centronics and RS232 connectors for printers and modems. An expansion slot provided an interface for the extra memory modules and promised peripherals, such as 3.5-inch floppy drives. Expansion bus-connected devices could directly and automatically patch the Basic Rom with extra, appropriate commands.

The bus included not only lines to the processor but was also hooked up to the video and sound chips. That would allow, say, video to be playing into the machine.

“With the whole design of the Elan, we have not tried to produce something fundamentally new,” Robert Madge told Personal Computer Weekly in October 1983. “Just better [and] with all the good features from other machines taken and developed as fast as possible.”

There was still work to be done. IS had the Enterprise’s operating system, EXOS (Enterprise eXpanadable Operating System) and Basic interpreter - which would not, like the ones in so many UK home computers, be built in but supplied separately on Rom cartridge - running on other computers, but not on the Enterprise itself.

Much earlier, Elan had approached other companies for a Basic interpreter, an approach consistent with Madge’s off-the-shelf parts strategy. It certainly got in touch with Microsoft which then produced the closest thing there was to a standard version of the language.

But Microsoft, Madge would later claim, wasn’t keen on tweaking its Basic to make the most of the Nick and Dave chips. “They just wanted to hand over a complete package,” he said.

So IS got the gig instead and went on to code a version of the popular language based around the ANSI (American National Standards Institute) specification. “We wanted a Basic which was likely to be accepted as the standard programming language of the future - a version which would answer most of the objections people make to Basic,” said Madge. “In the Elan, I think we have achieved that.”

Right through to the end of 1983 and beyond, IS would be working to get the Basic and OS code running on prototype Enterprises. No wonder Robert Madge had to disappoint some folk when, at the Enterprise launch, he admitted that that computer wouldn’t go on sale for another seven months: it would ship in April 1984. The seemed an age to observers of the fast-moving UK home computer business. Peripherals would not arrive until June 1984. 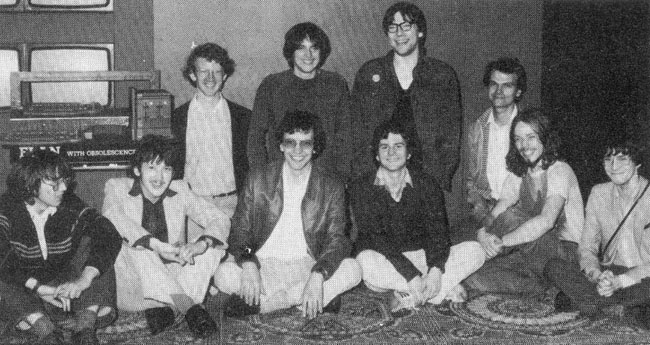 Neither deadline would prove easy to meet. Like many a computer maker before it, Elan found that making a working custom chip was not straightforward - and it had two in the works. Problems with the video and audio chips became public knowledge toward the end of 1983, forcing the company to admit that independent software developers - the games and applications writers Robert Madge had only recently said were essential to the success of the Enterprise - would not get their hands on sample kit until February 1984, a month later than planned.

Still confident, the Elan team took the Enterprise to the 1984 Consumer Electronics Show. That confidence was rewarded: Atari executives came over and expressed their admiration for the machine. One even admitted it was “the best 8-bit home computer in the world”, remembers David Levy, though with Atari US sales would begin in Q4 1984, said Enterprise Steve Groves spokesman.

Next page: Confidence and enthusiasm
Page: