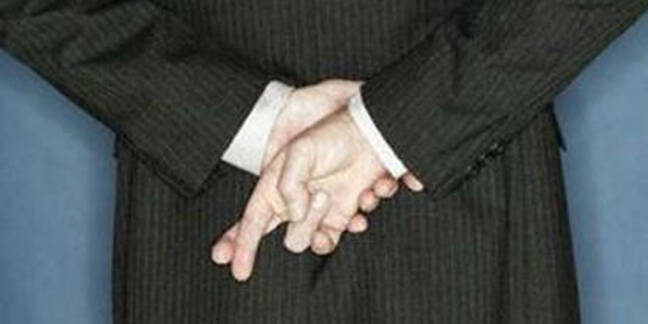 The company's mobile application - dubbed Intro - was debuted by LinkedIn on Wednesday, as it shrugged off reports of an hour-long outage with its service.

The app – which puts a face and job title to your email contacts by pulling in information from LinkedIn – does work with Google's Gmail, Yahoo! and Apple's iCloud. To add insult to injury, it even works with AOL mail. But Microsoft Exchange has been left out in the cold, even though it might be argued that suits who use LinkedIn are more likely to work from MS-based systems in their offices, and to use Exchange on their iPhones to access work emails.

According to Forbes, LinkedIn is working on integrating its app with Microsoft Exchange. But the company declined to "put a timeline on it".

The problem is with the tech employed by Microsoft, which apparently needs more development time than the IMAP email protocol.

But many will still be surprised that LinkedIn, which has roughly 240 million users worldwide, has launched Intro and refreshed two other apps without getting the coding in place for MS Exchange first.

The publicly traded company also revealed yesterday a growing trend towards accessing LinkedIn via mobile devices - where the firm offers five different apps. It said 38 per cent of its monthly unique visitors accessed the service via their smartphones and fondleslabs.

LinkedIn added that it had "re-imagined" its iPad app, which was "designed with the busy professional in mind". It has also overhauled its Pulse app for users to discuss "top news".

It said that the new Intro app would provide biz insights by lumping profile details about individual contacts into a "profile bar" which floats above the body of email messages. ®

Tales from the antitrust crypt