Can you keep a secret? No, course you can't

Feature Following the torrent of revelations about US and British government surveillance unleashed by whistle-blower Edward Snowden, we now know what many had previously guessed: with a few exceptions*, the spies have the electronic world pretty much wired.

Some spied-upon countries – such as Brazil and Germany – have reacted furiously, and the articles published by the Guardian and others have started a debate in the United States which might lead to some changes.

The reaction in Britain, though, has been muted. We love our spooks, both fictional, like James Bond, and semi-legendary, like those who worked at Bletchley Park. Britain’s World War II code-breaking centre remained a secret for three decades after the end of the war – a war which some historians believe those at the centre shortened by two years. It now hosts a wonderful set of preserved buildings and exhibits, including The National Museum of Computing. 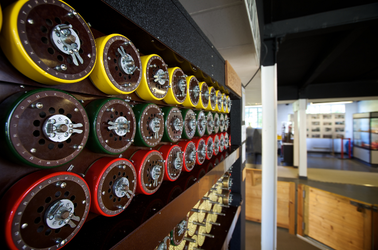 But while Bletchley’s heroes are rightly venerated, the Snowden affair suggests that the model it pioneered – still used by its successor GCHQ and its American big brother the NSA – may be heading towards obsolescence.

The end of spying as we know it?

Bletchley Park relied on total, long-term secrecy over its methods. If the Nazi regime had realised that the Allies were breaking its "unbreakable" Enigma machines on a routine basis, the game would have been up. But that secret was kept for the entire war and for three decades beyond.

The expiry period for such secrets is a bit shorter these days: it has taken less than two years for GCHQ’s Tempora project's access to undersea cables to become common global knowledge. So what has changed?

Firstly, whistle-blowers have become much more efficient, even in the last decade. In 2003, GCHQ translator Katherine Gun leaked an email on the NSA’s bugging of the United Nations in the run-up to Iraq War. (She was cleared of charges under the Official Secrets Act when the prosecution offered no evidence in her trial.) In 2013, Edward Snowden’s material has blown the gaff on everything from numerous modern-day NSA and GCHQ capabilities and methods to their dodgy taste in PowerPoint graphics.

As Chelsea (formerly Bradley) Manning and WikiLeaks demonstrated, the combination of networked secret agencies and high-capacity storage devices can allow one person to do an enormous amount of leaking, and with the actual documents rather than deniable claims.

No doubt such agencies are currently working on how they might prevent this in future. The problem is that the obvious answer – stopping flows of information by heavily compartmentalising such agencies – would presumably greatly hamper their efficacy. Otherwise why let an NSA contractor in Hawaii slurp GCHQ’s wiki?

The enemy of my enemy... hang on, who IS the enemy?

Secondly, the type of enemy the secret agencies were built to fight is no longer their main target (unless they are taking a greater interest in China than they let on).

This may be the only example of Nazis being an enemy you would choose: they were highly organised, operated in known areas and used Enigma machines for nearly everything, making it both worthwhile and possible to read all their communications.

Terrorists – a definition which is itself sometimes a matter of opinion – comprise a wide range of groups and individuals, who use whatever they can and may operate anywhere and infiltrate any group – or indeed, become aligned to the cause while in a group which first appears at odds with it. In spy logic, that makes it desirable to be able to spy on everyone, using everything, everywhere.

And that leads to the question of loyalty. During World War II and the Cold War, it wasn’t hard for most people to decide which side they were on – although even then, the likes of Anthony Blunt chose differently. Since 1989, the threats to the countries of the free world have been from terrorists who certainly wish to commit mass murder, but do not pose an existential national threat.

However, the way such terrorists have operated has convinced many politicians to reduce the freedoms of their own people, particularly to personal privacy – a contentious choice, given it means secret agencies carrying out mass surveillance on their own people and allies. A whistle-blower exposing how this works will probably commit career suicide and may end up in exile or prison, but will also be treated as a hero by many.

China could use Digital Yuan to swerve Russia-style sanctions