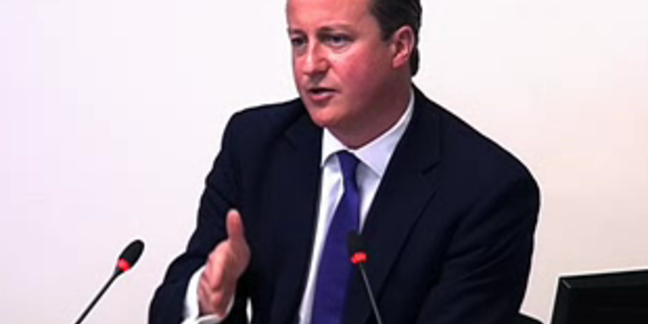 Sources close to EU justice commissioner Viviane Reding have dismissed reports suggesting her proposed overhaul to the bloc's data protection laws has been stalled, after Britain's Prime Minister appeared to have postponed the regulation.

Late on Friday, the Financial Times reported that David Cameron had apparently convinced the European Council to block any swift adoption of the draft data protection rules.

But The Register has been told in confidence that such a claim "has nothing to do with reality."

We've asked Number 10 to clarify the Pink'Un's story, which cited an unnamed US tech exec who said that "Britain's common sense prevailed" at the summit – which itself was overshadowed by allegations that Germany's Chancellor Angela Merkel had her phone tapped by US spooks.

At time of writing, Downing Street had not responded to The Register's request for comment.

Last week, MEPs voted in favour of ripping up existing data protection laws in Europe that were introduced in 1995, after the parliament's civil liberties committee made nearly 4,000 amendments to Reding's draft bill.

The lawmakers have been lobbying in recent months for tougher controls on privacy-invading tech in the wake of the NSA PRISM scandal.

But the FT, in an apparent reference to paragraph 8 of the European Council's conclusions from the summit, suggested that Cameron had successfully shoved any implementation of the proposed legislation back to 2015 - significantly after next year's parliamentary elections.

The timely adoption of a strong EU General Data Protection framework and the Cyber-security Directive is essential for the completion of the Digital Single Market by 2015.

But sources close to Reding have dismissed Blighty's interpretation as not being grounded in reality.

This event illustrates the fundamental institutional weakness of the European Council. It adopts its conclusions by consensus, which means that a single Member State (the UK) can prevent ambitious wording wanted by a majority. This can lead to consensus around the lowest common denominator.

The inclusion of the word 'timely' allows now all Heads of State and government to go home and interpret this in their way: the majority (Tusk, Hollande, Letta) can say: 'timely means now, before the European Parliament elections next May', while Cameron can say: 'not before 2015'.

This leaves things now in the hands of Parliament and Council. It will depend notably on the Council Presidencies whether they will have the political will to deliver what the Commission, the European Parliament and a clear majority at the European Council want.

If nothing else, Cameron certainly appears to have stirred things up. Readers in Blighty will know that Cameron's Conservative party have promised to hold a referendum on Britain's relationship with the EU after the general election of 2015, if they're elected with a majority.

Critics of Reding's attempts to fast-track her draft bill through European parliament, the council and the commission have long argued that such a plan was overly-ambitious. The EC's vice president only tabled the proposed regulations in January 2012, yet she is hoping to the whole thing wrapped up in 2014.

Reding said that EU leaders at the summit had "sent an important signal", despite Cameron's attempts to postpone the introduction of more stringent data laws that are expected to better address the digital age.

"Leaders committed to a timely adoption of a strong EU Data Protection framework," she said. "Whether this is ambitious enough to push 28 national ministers to agree with the European Parliament before the European elections in 2014, remains to be seen. It leaves the ball in the court of Ministers in the Council who have to match the ambition set by the European Parliament."

The commissioner added that it was unclear which nation states - some of whom, Reding said, were "less ambitious on content and timing" - will "lead the pack" on her planned reforms.

But ambiguity remains around exactly if and when Reding's data rules will be adopted. ®

Reding: NSA, friends don't spy on friends. Europe, let's team up for our own SPOOK CLUB

Gone roaming to hometown of Luxembourg

Stand by for the War Against The South

My data reform will tackle that, sniffs EC commissioner

Growls at lobbyists for attempts to pour water on directive