Beleaguered firm plonks US boss into the hotseat 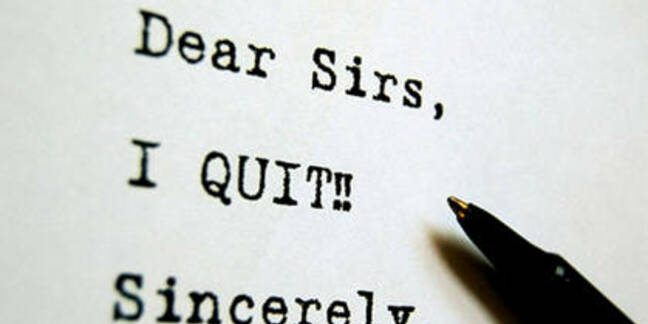 The CEO at scandal-hit outsourcing monster Serco has quit as the company lifts the covers off its 'corporate renewal programme' designed to persuade the UK government that it's fit to manage public sector contracts.

Back in August, Serco confirmed British cops are probing allegations over fraud related to its Prisoner Escort and Custody Services contract with the Ministry of Justice amid claims it overstated operational data.

At the time the MoJ said it did not suspect "systemic malpractice" up to board level, though it wanted to see evidence that Serco intended to be more open about its work with government.

Despite this, Chris Hyman has brought his eleven year reign at the top of Serco to an abrupt end, with ED Casey, who has run Serco's Americas division since 2005, taking over with immediate effect.

"I have always put the interests of Serco first," said Hyman in a statement. "At this time, nothing is more important to me than rebuilding the relationship with our UK government customers. In recent weeks it has become clear to me that the best way for the company to move forward is for me to step back.”

The MoJ alleged earlier this year that there was a disparity between Serco's performance data in the Prisoner Escort and Custody Service contract and the "actual situation on the ground".

Serco records showed prisoners had been delivered to court on time, when "in fact they were not", said the MoJ, which added it wanted to see clear signs that this "systemic malpractice" has been addressed.

UK government accounts for roughly a quarter of Serco's revenues. It warned that the firm will win no further contracts until this issue is resolved and steps taken to prevent similar things from happening again.

Serco has split its UK and Europe division in two, with one focused on the UK Central Government customer and the other on the wider public sector, in a bid to increase transparency.

It also claims to have strengthened contract level governance, recruited three additional non-exec directors to its board, taken on a group general counsel and updated its code of conduct, values statement and governing principles.

The MoJ reviews of the company continue. ®

Guess who's just locked up £1.5bn Australian prison mega-contract? Our very own Serco

UK prisoner escort scandal? They paid that money back!