Reg hack goes in search of the elusive food of emperors

Picture special Autumn has wrapped its frosty claws around the Special Project Bureau's Spanish mountaintop headquarters, and as we prepare to hunker down for the winter, there's a final opportunity to spend some quality time away from the internet, and stock the larder with nature's bounteous harvest.

This year's cornucopia verily runneth over with bumper crops of spuds and apples, and as ever we are entertained by the distant sound of ox carts laden with sweet chestnuts groaning their way to market.

In fact, so prolific is the chestnut that it's convenient to measure stocks in metric tonnes rather than kilos. The novelty of them roasting on an open fire soon wears off after the first 500kg, and this year I have accordingly dedicated myself to an altogether more exotic fruit: the edible mushroom.

Back in April, I managed to survive on just £1 a day for the "Live Below the Line" challenge. As part of this, I foraged a couple of field mushrooms (Agaricus campestris), which went a long way to supplementing a meagre diet of chickpea stew, rice and tea.

Little did I know it, but this modest find marked my induction into the Spanish national sport of mushroom picking, and the annual autumnal mycological mass hysteria known as "mushroom madness".

Every year, armies of locals swelled by overexcited outsiders fan out across the countryside in search of bounty, regrouping in bars to compare their baskets of setas and recount legendary tales of mushrooms so vast entire herds of cows might shelter beneath their capacious caps.

Actually, I made that last bit up. She was treated at the scene with antihysteriamine injections and within an hour was back out with her basket, intoning "setas setas setas" as she disappeared into the bosky distance.

And when it comes to bosky expanses, we got 'em in trumps. The terrain around the village features oaks... 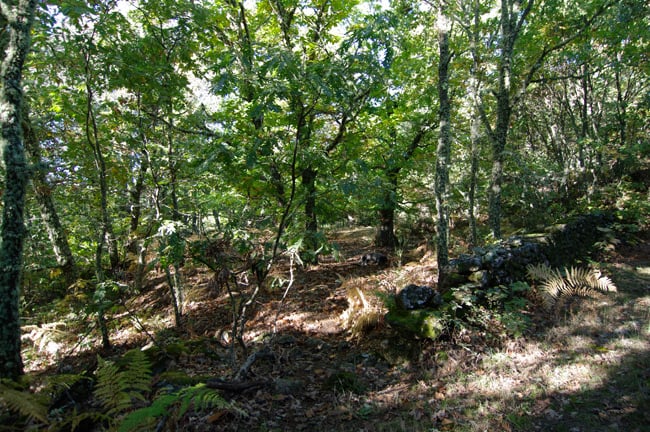 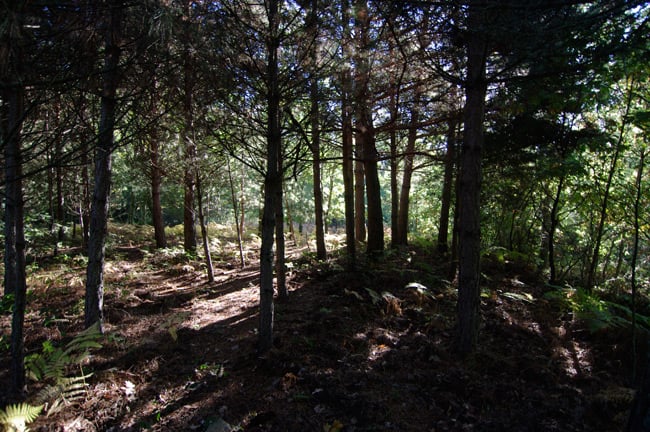 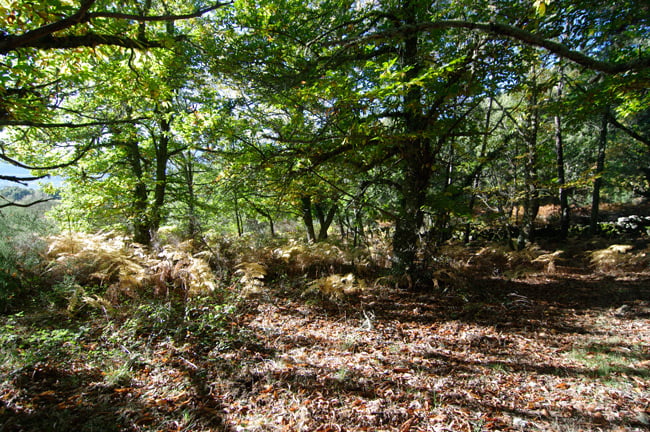 ...although our own particular corner of the world wasn't considered fertile mushroom ground, until now.