Astroboffins have labelled the Milky Way, the gaggle of stars in which Earth resides, a “pill-popping galaxy hooked on gas”.

The lurid label comes from Dr Alex Hill, a Postdoctoral Fellow in the Astronomy and Space Science at Australia's Commonwealth Scientific and Industrial Research Organisation (CSIRO), and the paper he's co-authored titled “Magnetized Gas in the Smith High Velocity Cloud”.

The Smith Cloud is about two million times larger than Sol, is located just outside the galaxy but will hit its core some time in the next 30 million years. Importantly, it appears to have a decent magnetic field, which the boffins say makes it a “pill” of gas that can make it into the galactic core without falling apart as it passes through outer regions of the galaxy. 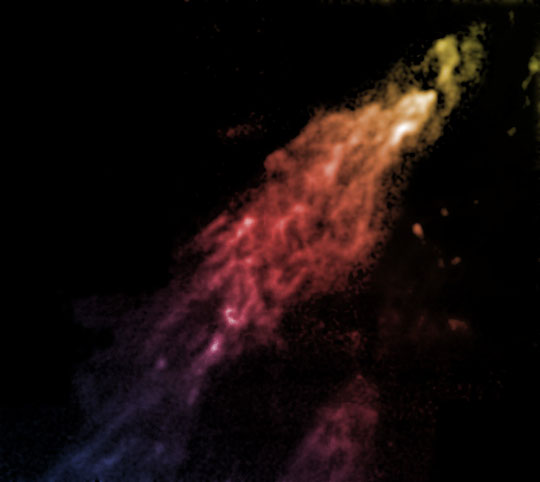 The Smith Cloud's likely future integrity is important, because the core needs lots of raw materials to keep spewing out stars. If objects like the Smith Cloud did not posses magnetic fields, hypotheses about the galactic core as a star factory would look wonky.

Just when the galactic-scale hangover ensues is not explained. ®