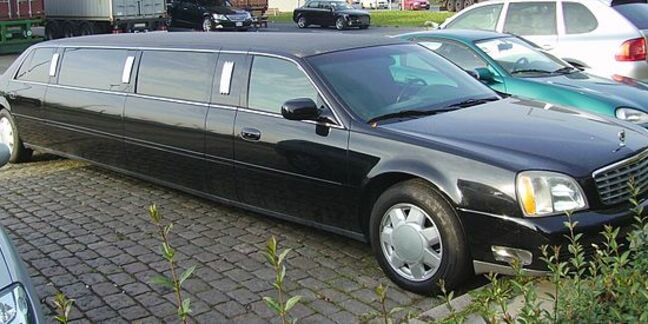 Personal information, financial records and salacious details about 850,000 celebrities, top executives and other customers were swiped by hackers from a limo-booking software company, it is claimed.

The attacked biz, said to be CorporateCarOnline based in Missouri, brokers reservations for limousines and other rental cars nationwide. The firm has yet to respond to The Register's request for comment.

Fortune-500 chief execs and A-list celebs are believed to be among those whose credit card details and addresses were dumped in a plain-text archive on the same servers that housed source code and private data slurped from Adobe and PR Newswire by miscreants.

Investigative journo Brian Krebs, who broke the news of the data raid with Hold Security, reckons the limo bookings grab is therefore part of a larger hacking operation.

"On September 28, Hold Security Deep Web Monitoring identified a database with nearly 10 million records on the same server where Adobe and PR Newswire data was found," Hold said in its report. "[The database] was identified to belong to CorporateCarOnline, who later confirmed the ownership."

It's likely the attackers exploited security shortcomings in Adobe's ColdFusion platform to lift the database some time before September 10.

According to Krebs, the infiltrators were able to access details on captains of industry to film and basketball stars. Other possible casualties of the attack include a number of US politicians and executives at companies including Boeing, Morgan Stanley and, er, Lego.

In addition to plundering customer credit-card details and exposing VIPs' travel plans, Krebs suggested that miscreants armed with the treasure trove of information could blackmail or coerce high-profile targets or otherwise compromise their businesses and family lives.

"This database would be a gold mine of information for would-be corporate spies or for those engaged in other types of espionage," he wrote. "Records in the limo reservation database telegraphed the future dates and locations of travel for many important people."

Perhaps he's also referring to this message found in the data dump, which was apparently sent to a customer after a stretch Hummer was rented: "We do not allow any sexual activities in the car and we have found sex toy while cleaning the car. We have charged your card for cleaning fee of $100 since we had to send [the] limousine to the car wash to get it detailed after all the activities during your rental."