Google's Nexus 5: Best smartphone bang for your buck. There, we said it

No wonder this one sold out in hours

Review Google's successor to the Nexus 4 is out and it's the first handset to carry the Android 4.4 operating system, aka KitKat. If you want to get hold of one you'll have to wait however – the Google Play store has sold out for the next few weeks, and even if you did order one at launch it may not be shipped out until November 8. So is it worth the wait? 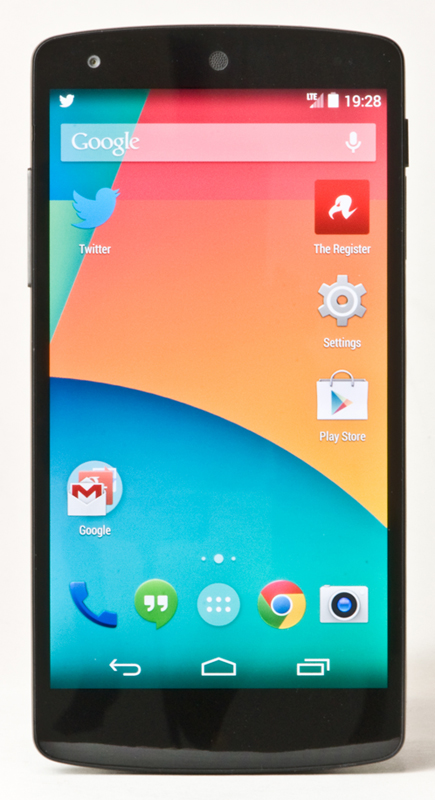 Over the last five days we've been putting the phone through its paces and there's rarely been a misplaced step. It's not quite as full-featured as some of the smartphones out there, but it does 90 per cent of what's needed, the operating system is as good as you'll find in the Android world. What's remarkable is it does all this at a price point that makes it superb value - $349 for the 16GB version and $399 for the larger 32GB handset.

At first sight the Nexus 5 looks a little dull. The casing eschews the glassy back of its predecessor the Nexus 4 for a black or white plastic shell that is 137.8mm tall, 69.1mm wide and 8.6mm thick. In terms of grip quality the shell works a lot better than the Nexus 4, and the 130g phone feels solid in the hands with little chance of droppage.

In an unofficial drop test, the phone survived a two-foot fall onto a wooden floor and has been carried in a rucksack with keys and other sharp objects without a scratch. It looks and feels hard-wearing, but short of throwing the thing there's no way to check.

The phone has a 3.5mm jack and pinhole speaker to pick up and deaden ambient noise on the top of the casing, twin speaker grills and a micro USB port on the base, a power button on the right above the SIM card slot and a volume rocker on the left hand side. The ceramic buttons aren't great – the edges feel slightly sharp, and while they didn't snag on jacket pockets, the feel is slightly cheap. They should, however, prove long-lasting.

The front fascia has a speaker on top, along with a very basic 1.3 megapixel camera for videoconferencing and selfies. The screen is a 4.95-inch HD 1920-by-1080 pixel, 445 ppi display, and the entire front of the phone is covered in Corning Gorilla Glass. As the iFixit teardown shows, it's firmly bonded to the casing – if you crack the screen you're either going to have to live with it or get a new phone.

Screen quality is good, with sharp edging and excellent light sensing for outdoor use, but it lacks the brightness of rival Samsung's best phones. You can change the settings, but at a cost in battery life. If you are the type of person that likes a really big screen, this isn't the handset for you, but the viewing area is big enough for most purposes, and text in e-books was particularly sharp. 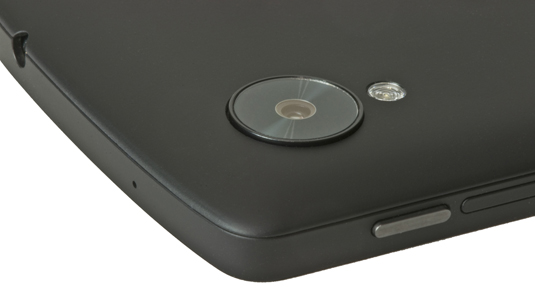 The raised camera lens is puzzling

On the back of the case, besides the Nexus and LG logo, there's an eight megapixel camera with flash, with the camera's glass cover slightly raised from the surface of the case. As smartphone cameras go, eight megapixels isn't as good as some of the competition, but it does the job, and the image stabilization system Google is using will produce decent images unless you really work at shaking the handset.

There's the usual grab bag of filters and stylistic tweaks you can add to images, and some the camera handles well. The panorama images taken in testing were uniformly well-stitched, but the Photo Sphere feature, designed to take 360 degree shots, still needs work. As you can see from the test image, the software still has problems and doesn't deal well with details. 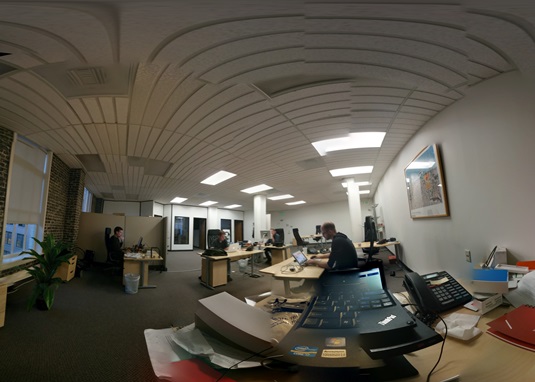 Best to revisit that plan to bring home a cheap OnePlus, Xiaomi, Oppo, or Realme handset from your holiday
Software7 Feb 2023 | 69