SCIENCE and RELIGION AGREE! LIFE and Man ARE from CLAY

Even an intelligently designed watch is right twice a day, or something 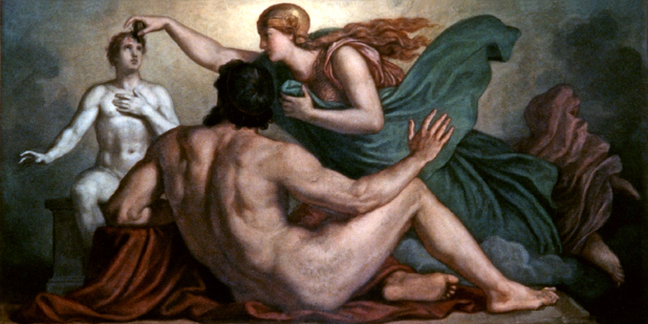 Topflight boffins say they have discovered that life - or anyway the necessary complex precursor chemicals without which life cannot appear - probably originated in ancient "clay hydrogels".

"We propose that in early geological history clay hydrogel provided a confinement function for biomolecules and biochemical reactions," says Dan Luo of Cornell uni in the States. Luo and his colleagues believe that the ancient clay's confinement permitted early amino acids and suchlike to come together and form life, which went on in the end to evolve into highly developed organisms such as Register readers.

That won't be a huge surprise to adherents of many major world religions past and present. The Bible, for instance, has this to say on the typical mechanism for the appearance of life:

And the LORD God formed man of the dust of the ground, and breathed into his nostrils the breath of life ... [Genesis 2:7]

The Hebrew word translated here as "dust" can also mean "clay", however. The Quran concurs, and of course any fule will kno from ancient Greek mythology that the titan Prometheus also created man out of clay. Similar stories are to be found in ancient Chinese and Egyptian belief structures, too.

Meanwhile the scientific community has also endorsed Luo and his colleagues' general gist, as the boffins' paper (pdf) outlining the role of clay in the appearance of life is published tomorrow in the peer-reviewed journal Scientific Reports.

Interestingly, it appears that Luo and his fellow boffins weren't actually trying to probe the origins of life at all. A press release from Cornell explains that they were actually trying to find better and cheaper ways of producing complex proteins for drug manufacturing. ®