In 2008, after the Russel T Davies relaunch and with David Tennant now playing the Doctor, Eidos released a version of its Top Trumps game to tie into Tennant’s second series. Two years later, Asylum Entertainment released Doctor Who: Return to Earth for the Wii and a companion title, Doctor Who: Evacuation Earth on the DS. 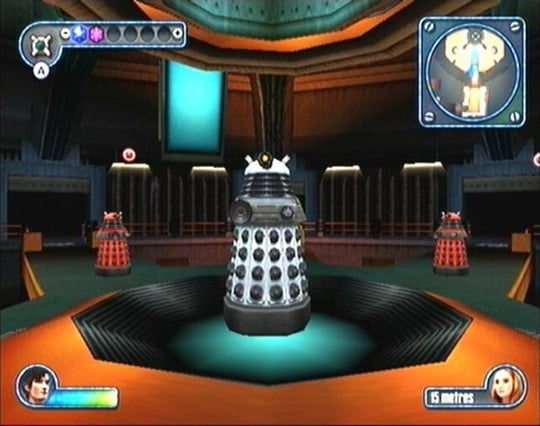 The former was a third-person platformer and put you on control of either the then eleventh Doctor or companion Amy Pond. It had a nice no-shooting approach - problems were solved by firing off coloured crystals from the Sonic Screwdriver - and voiceovers from Matt Smith and Karen Gillan lent it verisimilitude. Daleks and Cybermen were on hand as enemies, but the whole thing proved too boring for most players. The graphics were poor, even for the standard-definition Wii, and it received a critical panning. Evacuation Earth fared slightly better because it was so obviously aimed at young kids.

Rather better were the BBC’s own series, The Adventure Games, a set of five interactive stories rendered in 3D graphics by developer Sumo Digital. They were not too badly done and, if at times too easy, that can be attributed to the fact they were aimed at kids and given away for free from the BBC website (from which they can still be downloaded) in both Mac and Windows forms. And don’t forget the BBC website has been offering a wide range of Who-themed Flash-based games since the series came back in 2005. 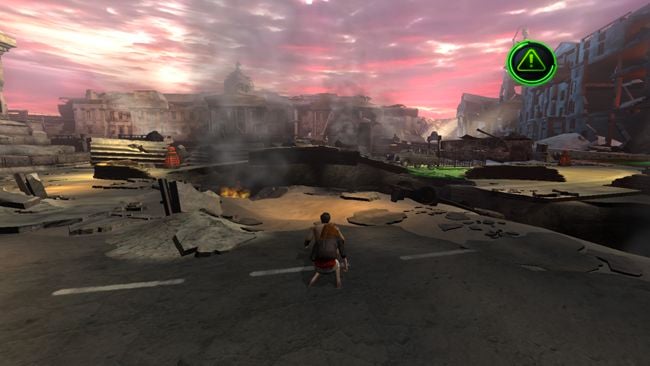 The BBC also released, in 2010 - the same year that the Adventure Games began to appear - The Mazes of Time, an "avoid the hazards and find the exit" room-by-room puzzle game for iDevices featuring the eleventh Doctor and Amy Pond. An OK puzzler, most folks said, but the graphics were a bit rough. 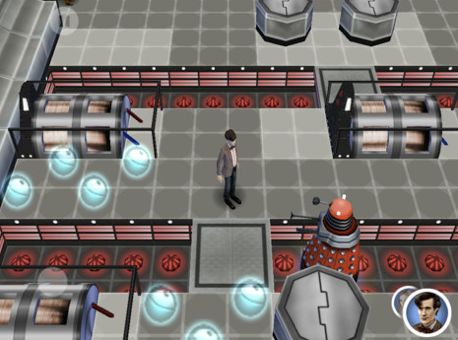 Not so the Unreal Engine 3-based The Eternity Clock, released last year by the BBC and developed by Supermassive Games on the PS3, PS Vita and Windows. It’s a side-scrolling platformer rendered in 3D and equipped with the obligatory star voice-overs, in this case Matt Smith and, as a companion, Alex Kingston as River Song. She has a blaster, he has a Sonic Screwdriver, and together they go off to find all the pieces of the broken Eternity Clock. Heck, why not call it the Key to Time, just like all those games did at the start? 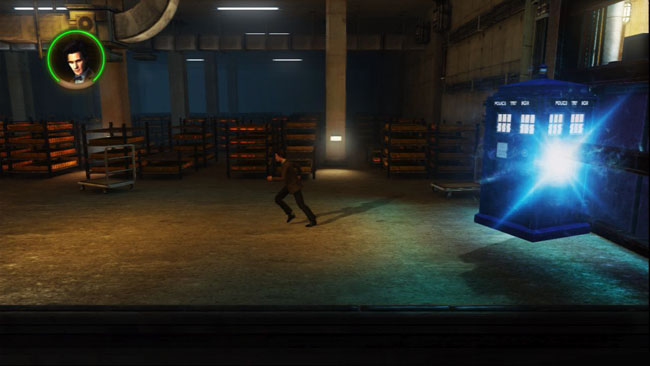 Despite all the familiar eleventh Doctor monsters - Daleks, Cybermen, Silurians and the Silence - placed in a varierty of visually impressive worlds, The Eternity Clock missed a beat with its basic "push the boxes" gameplay, irritating time limit for completing a level, and that bane of modern gaming: the mini-game. The initial version was widely slammed for its many bugs, and while some of those have since been fixed The Eternity Clock has been consistently given low scores. 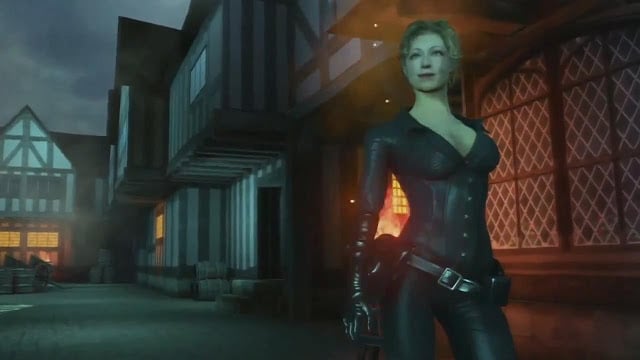 The result: The Eternity Clock’s planned sequels have been postponed, possibly indefinitely. Disappointed gamers can always try their hand at Worlds in Time, the Three Rings developed MMORPG that’s still in play, more than a year on from its launch. One snag: it’s a cartoon offering that’s, you know, for kids. By all accounts, though it’s had a better reception than most of the Doctor Who games released since the early 1980s.

Looking back from 2013, 30 years on from the release of the first licensed Doctor Who videogame, it’s clear no developer has yet done Doctor Who right. Even the better Who-themed games haven’t quite hit the spot. Tardis keys crossed, then, that a canny coder will come up with the perfect Doctor Who game sometime in the next 30 years. ®