'I WAS AN ADMIN FOR SILK ROAD': Alleged hit-man target tells all

The former Silk Road employee whom the website's founder allegedly tried to have killed has testified in a Baltimore, Maryland court, casting fresh light on the murky inner workings of the now-defunct online drugs market.

Curtis Clark Green, 47, appeared in the federal court to plead guilty to charges of drug trafficking, stemming from his involvement with Silk Road. Following the hearing, journalist Joshua Davis was able to obtain both a statement from Green and an affidavit that was entered into evidence, both of which he has published via his online magazine, Epic.

The documents lend new insight into the day-to-day operations at Silk Road – but if anything, the most shocking thing about Green's account is how mundane the whole enterprise sounds.

According to Green, he was an employee of Silk Road for a scant three months or so, between November 2012 and January 2013, during which time he drew a salary as a site administrator.

In that role, Green's responsibilities included such tasks as answering questions from Silk Road buyers and sellers, resetting passwords, resolving complaints, and other such duties as you might expect of your typical message board admin. He also wrote a weekly report documenting issues he had observed, including potential fraud and law enforcement activity on Silk Road.

Green, a Utah native, claims he reported directly to Ross Ulbricht, the San Francisco man accused of being Silk Road's mastermind, although he claims he never knew Ulbricht's true identity. To Green, Ulbricht was "Dread Pirate Roberts," and Green identified himself as "Flush" and "chronicpain."

Despite this veil of secrecy, however – and despite his pleading guilty to drugs charges – Green maintains that his initial interest in Silk Road had nothing to do with criminality, and that he got the job simply because he spent a lot of time on Silk Road forums. 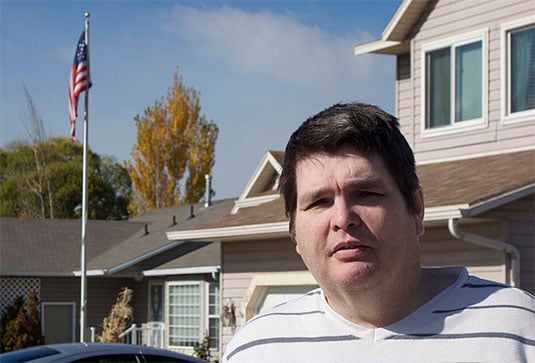 "I got involved in SR because I was interested in Bitcoin and SR was the biggest market place for Bitcoin. I also had an interest in harm reduction related to drug use," Green told Davis. "I never used illegal drugs and I never intended to be directly involved in illegal drug deals."

But things all went south for Green when he – for unstated reasons – agreed to act as middleman between a large-volume cocaine distributor and a known drug dealer on Silk Road. Green took delivery from the distributor of around 1kg of coke to his Utah home, intending to punt it on to the dealer. Unbeknownst to him, however, the would-be distributor was in fact an undercover agent.

Green soon found himself surrounded by agents of the Drug Enforcement Administration, Homeland Security Investigations, US Postal Inspectors, and the Secret Service. What's more, after his arrest he learned a side of the Dread Pirate Roberts he never knew previously. 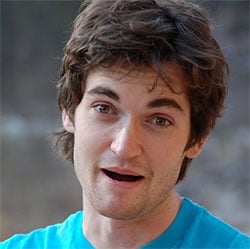 According to the indictment against Ulbricht, the alleged Silk Road founder paid one of the site's users $40,000 to have Green tortured and murdered to ensure his silence.

"I just can't believe he was so stupid," Ulbricht reportedly told the contract killer. Unfortunately for Ulbricht, that so-called killer was also an undercover agent.

"The agents took photos as they faked my murder," Green said in his statement. According to Ulbricht's indictment, they then sent the photos to Ulbricht, claiming that Green "died of asphyxiation/heart rupture" during the torture. At that point, Ulbricht allegedly paid the agent another $40,000 to complete the deal.

Ulbricht is awaiting trial in prison in New York City, where he was transferred from San Francisco earlier this week. On Wednesday, his lawyer told Forbes that he is not the Dread Pirate Roberts, and that none of the evidence against him can establish that he did anything that prosecutors claim he did.

Meanwhile, what sort of deal Green may have struck with prosecutors in exchange for a guilty plea is not clear. In his affidavit, he said that while at Silk Road he "could also view administrative Bitcoin accounts controlled by Ulbricht" – which, if true, might provide a source of potentially damning evidence.

In his statement to Davis, however, Green added only, "On the advice of my attorney, I cannot give any further details, as I still face serious federal charges." ®