Chat monitoring to continue inside Great Firewall though 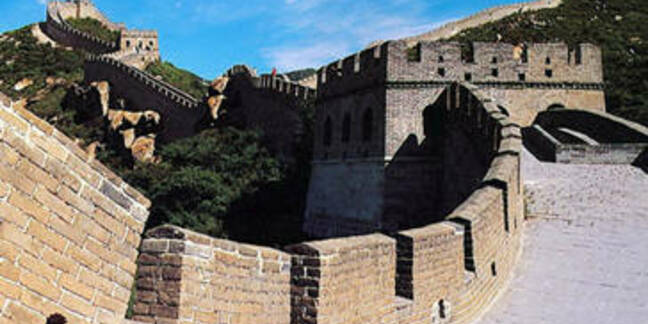 Microsoft will not take full control of its popular Skype service in China after the end of its joint venture with TOM, contrary to media reports.

Reports suggesting Redmond would step in seem to have stemmed from an inaccurate statement posted by TOM last week that Redmond would be taking the reins from 24 November.

The error-laden missive also claimed that Skype had passed 100 million users in the Middle Kingdom.

Having contacted Microsoft for clarification, The Reg received the following statement from Skype’s APAC director of comms, Judd Harcombe:

Skype is committed to providing users with the best experience possible and confirm that the cooperation with TOM Online will end. We would like to thank them for their partnership and support over the years.

TOM erroneously overstated the number of connected users we have in China. We have more than 300 million connected users around the world and do not disclose country-specific figures. In China, Skype software is made available through a joint venture to comply with established procedures to meet obligations under local laws. We look forward to sharing news of the new joint venture soon.

Whoever the new JV partner ends up being, Microsoft is still likely to be criticised for allowing the service to monitor text chats, block any message containing keywords banned by the government and save a copy of the message to its servers.

Skype has been doing this pretty much ever since it set up shop in China – it’s a pre-requisite for doing business online behind the Great Firewall – and even if one user is running regular Skype, monitoring will still take place.

However, according to non-profit Greatfire.org, many local users may be unaware of the censorship because they think they’re using the Skype-proper service.

“Many are running TOM Skype on their computers thinking that it's the regular Skype and trusting Microsoft to deal with their call and chat data confidentially,” it wrote in a blog post in December.

The same post claimed that Skype voice data in China is also stored and made available to the authorities if requested.

While Microsoft has no choice but to comply with local laws if it wants its JV to operate in China, it could make the local site inside the Great Firewall look less like regular Skype.

It’s also been argued that complying with censorship in this way runs counter to Redmond’s advocacy of online freedom of expression, although post-PRISM there are few US online providers who can genuinely expect the public to trust them.

For the record, Skype was branded an “enemy of the internet” by Reporters Without Borders in a 2013 report calling out internet firms alleged to be aiding repressive regimes snoop on their citizens. ®

We don't usually sugar-coat the news but... Alien sugars found in Earth-bound meteorites