MxSP promises to be as simple as you are

I've thrown dozens of workloads at the MxSP cluster for the better part of a day. Installed the software, uninstalled the software and installed again. (All of which, shockingly, doesn't require me to reboot the host.) You have to be not paying attention or actively trying to kill the thing in order to screw up the initial install.

None of what I've used for testing was all that fancy. The Supermicro FatTwin was otherwise engaged, so I relied on a pair of positively ancient AMD Shanghai-generation dual-CPU Opterons and an Intel Ivy Bridge desktop board.

The whole cluster moves at the speed of the slowest disk. If you have 15K RPM drives everywhere with SSDs for caching, MxSP delivers screaming performance. Toss in a single 5400 RPM SATA disk and as soon as your SSD cache is full everything turns to glue.

SSDs accelerate the local host. The system with the Micron SSD is fast enough to give me nerd envy, and it's my card! Run the same system with an Intel 520 and it's nowhere near as fast, but it sure beats the pants off that same system again running without any SSD at all. 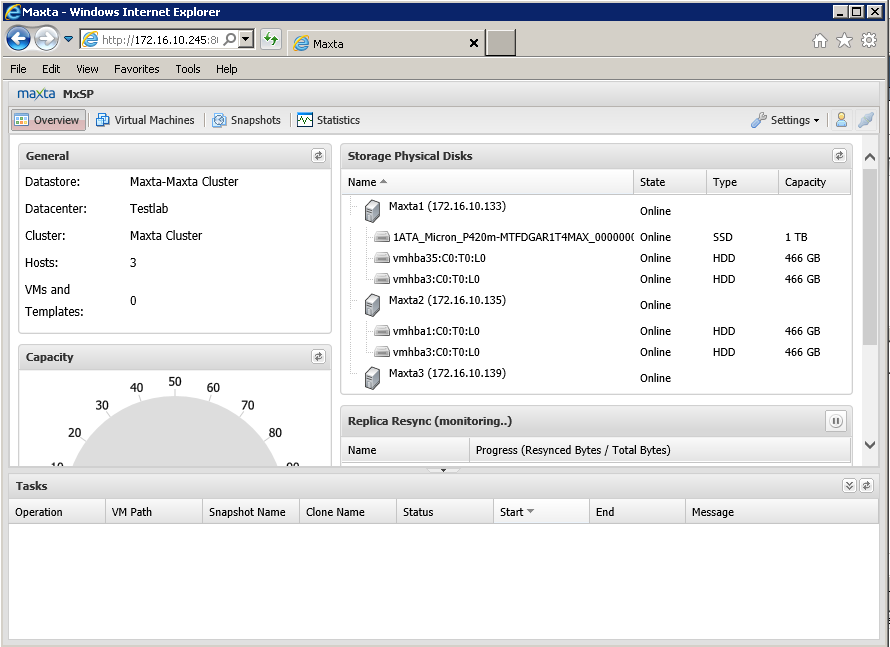 I spy with my little eye, your SSD

All of which is a rather lengthy way of saying "MxSP isn't a silver bullet: you still have to actually buy good disks and put SSDs into your servers."

One place where MxSP shines is snapshot creation. MxSP has its own built-in snapshot software that creates VM level snapshots. Maxta claims subsecond to create, subsecond to delete and I couldn't disprove it, despite spending at least two hours of my life trying.

MxSP's primary selling feature – simplicity – is also its flaw. Maxta CEO Yoram Novick says "we believe that converged infrastructure is integration from the user interface all the way to the data. We do physical and logical everything, and we do this with a software only solution. Nobody I know tells you what the speed of the memory is in the server or the cache they are using at the CPU level. Storage needs to be as simple as that."

I can't say I disagree, in principle. However, in practice I quickly found myself casting about looking for features. I was unable to find critical knobs for making the thing dynamically scalable.

"How do I add new disks to an existing MxSP host" and "how do I add new hosts" were questions that I couldn't get answered without hacking about in the depths of VMware, the Maxta virtual appliance and the Maxta installer. I'm not talking about a hidden menu here, I'm talking about decompiling JAVA classes, resetting the admin password on the appliance and playing with files in VMware that say things like scsi1:0.fileName = "/vmfs/volumes/52816900-e30c3247-6d93-00248c0c3771/maxtadisks/MAXTA-DISK_1001_0.vmdk" scsi1:0.mode = "independent-persistent".

MxSP is a just barely out-of-stealth product at GA launch and the features advertised actually work. Maxta have real-world clients who have deployed this already and my lab tests show conclusively that with modest hardware MxSP is a performance demon.

Maxta is offering a charge per terabyte of data store model where you get a full suite of enterprise level data services (snapshots, deduplication, thin provisioning, etc) built into the cost. Maxta is only charging per capacity. If you want to put more flash, you can put more flash. If you want to add more disks and up the number of copies kept then you can do so. All that matters is the size of the datastore as presented to vCenter; that's what you get charged on. 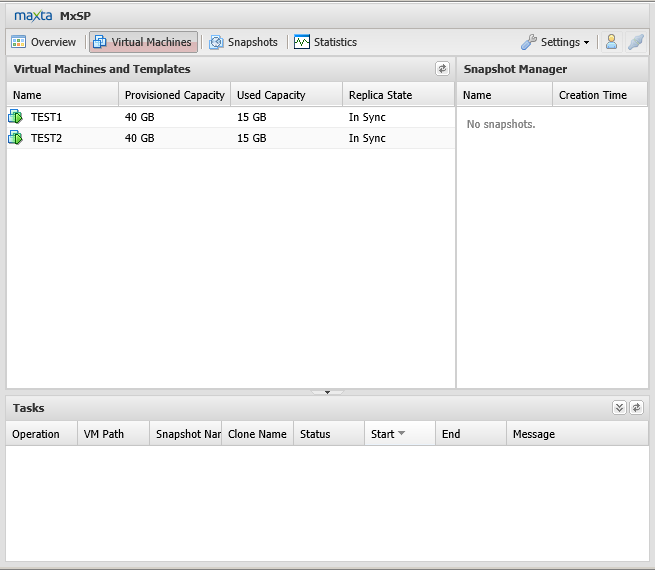 If the only real gripe I have about the offering is "there aren't enough knobs to turn". That's pretty small potatoes. It took Microsoft 24 years to make a Windows installer as simple as Maxta has made for MxSP. Features can always be added. A corporate focus on usability and simplicity is a lot harder to add after the fact.

VMware VSAN's selling point is the VMware name. Nutnaix's angle is vertical integration, a choice of hypervisors and their rapidly growing ecosystem. Simplivity are masters of storage; they put their time and effort into replication, backups and other elements of data management.

Maxta's play is pure simplicity, and if a day's worth of hammering on it in the lab is any indication, it Just Works. ®