Ten top stories from New Who

More DVDs to watch to celebrate 50 years of Tardis travel

Doctor Who @ 50 We’ve already listed the stories that mark the very best that the many production teams behind the classic years of Doctor Who during the 1960s, 70s and 80s brought to our TV screens. It seems only fair, then, to do the same for the rebooted series’ run.

Doctor Who returned in April 2005 with the story Rose, and there have been seven full series and ten special episodes since then. During that time, we’ve been introducing four Doctors, including John Hurt’s one-off incarnation in the upcoming special Day of the Doctor.

The total is five if you include twelfth Doctor Peter Capaldi, though he’s not due to debut until next month’s Christmas special.

But the next two specials have yet to be broadcast. So what are the best stories shown to date? Here then is our list, in alphabetical order, of the stories that we think best define New Who.

Ironically one of the reboot stories written specifically to involve the Doctor and companion as little as possible - the better to manage the actors’ shooting schedule - Blink is nonetheless a cracking tale and introduces one of the new era’s more memorable - and downright scary - monsters, the Weeping Angels.

It’s Steven Moffat’s clever plotting that carries it off, with the Doctor and companion Martha Jones in 1969, protagonist Sally Sparrow in the here and now, and her chum Lucy flung back to 1920, all three timezones linked not by Time Lord technology but by messages left in one time to be picked up in a later one.

New Who doesn’t get more “timey-wimey” than this, and for once it’s not a technobabble cop out. 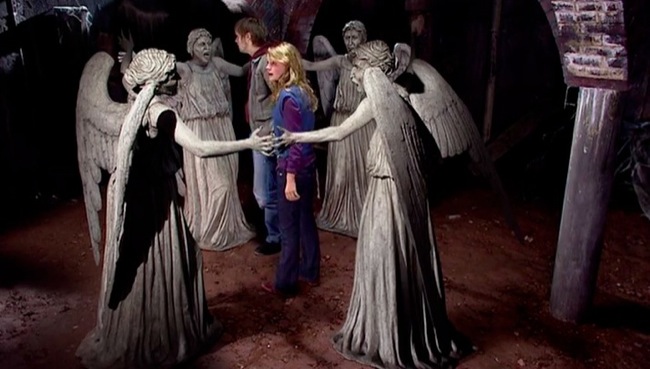 The Doctor’s foreknowledge means he knows where to leave the message that prompts Sally to seek out a way to reunite him with the Tardis and sort out the Angels.

The monsters themselves have been since been massively overused, but here they’re chillingly fresh and in that archetypal Doctor Who way the more so because they make a familiar object frightening: Jon Pertwee’s “Yeti on a loo in Tooting Bec”, a point emphasised by the final montage of statues.

Blink is an undoubtedly a great story and the one most likely to be mentioned by non-fans when discussing the reboot. It’s a shame you have to put up with all that ‘falling in love with a nerd’ stuff, but than that’s the reboot to a tee.

Rob Shearman’s script, adapted from an audio play he’d written some years before to suit the new, ninth Doctor and to fit the story arc of the 2005 series, has to make it onto this list for giving Doctor Who’s most famous monsters their mojo back.

And what a return, not merely to form but then some. Rebooter Russell T Davies wanted the Daleks to appear as tough war machines - the metal casing more like a tank than a survival suit - and not fall victim to any machine-gum wielding squadie. The show’s design team got the look right, but it’s the script that gives the Dalek its power. 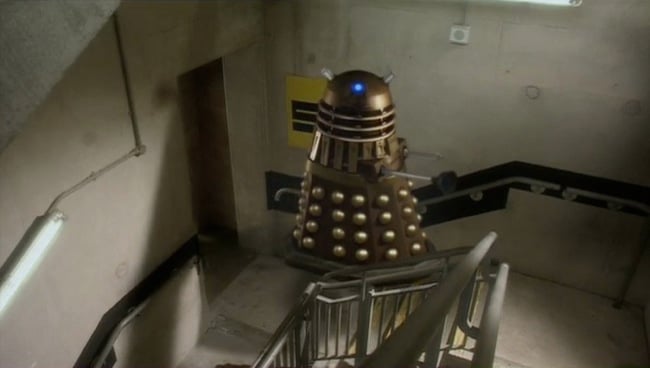 After so many years, so many gags, we get to see how Daleks deal with stairs. Indeed, this story is something of a fan’s wet dream: not only do we see the Dalek deal with vertical movement, but we finally find out what the ‘balls’ are for, we get a proper look at the mutant inside, and we learn exactly what the demonic dustbins can do with a sink plunger.

This is one tough cookie: it has force shielding and autonomous weaponry. It makes you wonder why they’ve been so vulnerable in the past - there are no easily zapped eye-stalks here. Of course, later stories merrily go back to blowing Daleks up left, right and centre, so you have to enjoy this one’s moment of glory.

I’m not sure Rose really would feel quite as sorry for the chained Dalek as she does - you’d never mistake it for anything other than a war machine - and the Doctor gets a bit drippy too after realising he was about the blast Skaro’s last surviving son to smithereens. But if it ever bothers you the classic series Daleks were a bit rubbish, this will set you right.

Next page: The Eleventh Hour
Page:
Tips and corrections
50 Comments