For schools and colleges

No wonder the Nascom 1, which was just about to make its debut, would win the hearts and minds of the new computer enthusiasts - it cost less than half the price of the 280Z, let alone the 380Z. But of course, Fischer and O’Regan had set their sights higher than the hobbyist market John Marshall was out to attract.

Examining a Nascom 1 kit, they couldn’t figure out how Marshall could but sell his machine at a loss, thanks to the cost of the components alone. Sintel’s bosses knew how to buy components, but perhaps they lacked Marshall’s ability to cut deals and to find low-cost surplus supplies overseas.

At launch, Sintel said the 380Z and 280Z would ship in four to six weeks’ time, and by all accounts the first machines did indeed go out in December 1977, albeit in very small numbers. Two months later, in February 1978, the very first issue of Personal Computer World magazine reported that the 380Z was only now about to go on sale. Early education customers got their machines first. 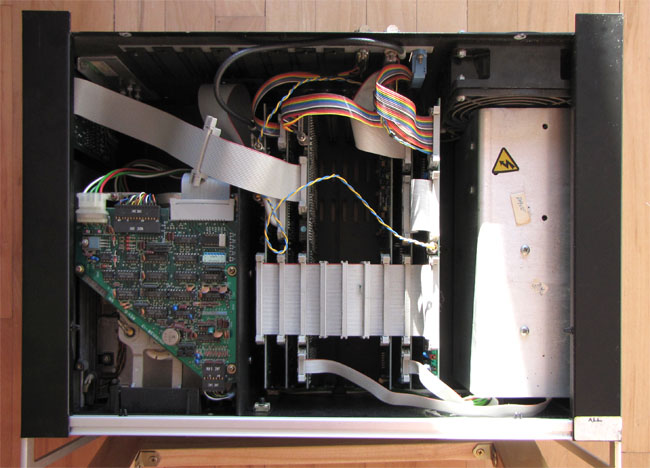 “Our system is sold for the most part to the education and scientific markets,” an unnamed Research Machines spokesman was quoted as saying by Practical Computing reviewer Martin Collins in the magazine’s December 1978 issue.

“I asked RML if I could take home the system for the weekend if I promised to keep the children from it. ‘Don’t worry about the children,’ they said, ‘it’s very tough. They will do no harm’.”

Collins was impressed to find that that was indeed the case. And if he found the machine to be aimed at experienced users rather than newbies - the Basic language documentation, for instance, was “sketchy” - he nonetheless felt able to conclude that the 380Z “is one of the best micro systems we have examined and it is British... It is more expensive than some competitive [sic] systems but the extra cost is justified by the high standard of manufacture”.

Indeed, RM made a virtue of this. Even the cassette players it supplied were tested and, if necessary, the heads adjusted to ensure buyers got as much error-free loading and saving as possible. “We tested everything,” says Fischer. No wonder the 380Z was expensive. Today O’Regan admits it might have been over-engineered.

“Sinclair, whom I admired in many ways, did cut corners enormously in order to get his vision in hobbyists’ hands. We could never do that - it wasn’t our style,” adds Fischer. “We had a strong ethos of selling things that worked and were reliable.

“We were trying to sell the 380Z as a machine schools could use to get on with computing, not to fiddle around with. It was a workhorse machine. When we added disk drives, we spent a lot of time going around the world trying to find drives that were reliable. We ended up using Japanese floppy drives - we were the first to do so - and again we tested those like crazy.

“To begin with we used German disk drives from BASF and they were better than the American ones but they still failed with monotonous regularity.”

The rubber drive belt also had a knack of slipping off. So the firmware was tweaked to support also booting off a disk in the B drive and not just the default A drive, in case the A drive failed.

This kind of pragmatism led to the development of RM’s networking technology. Schools might not be able to afford a floppy drive per machine, let alone more than one hard disk, so RM equipped its keyboard units with Zilog serial communications chips and processor cards to allow them to operate independently but still tap into a single 380Z as a file store. That’s what the first, black-clad 480Z was: a 380Z in a big keyboard case and geared to tap into a connected 380Z file-store.

That meant that the 480Z was considerably cheaper than the 380Z: around £550 to the £1,000-plus that RM wanted for the older, but much more expandable machine. Despite the 380Z’s high price, schools prized its scope for expansion, says O’Regan.

Designed with an eye to the declining prices of chips, by 1979 the 380Z was arguably the best British micro available. It was now cost-effective to make, but had been around long enough to have the bugs ironed out. At this point, the ZX series wasn’t even a glint in Clive Sinclair’s eye. The 380Z was being installed in schools and colleges when Acorn was still only selling Eurocard-based board machines for industrial use. It’s ironic, then, that it is Acorn, rather than Research Machines, that is more fondly remembered as the UK’s prime seller of computers for schools.

Round back, no shortage of portage
Click for larger image
Source: Paul Flo Williams

RM, of course, was focused specifically on the education market, and through the late 1970s and early 1980s it established a strong presence in schools. Fischer points to Bill Tagg, an early supporter of the 380Z who was not only in charge of specifying computers for Hertfordshire schools but also an influential voice in the sector. He was an early buyer, who backed Research Machines when it was essentially little more than a start-up.

Ditto Derek Esterson, who acquired computers for schools controlled by the Inner London Education Authority (ILEA) quango and who backed the 380Z early on. “Britain led the way, numerically and in every other way, in computers in education for a very long time,” says Fischer. “If there was one person who should have got a knighthood for making sure more children came out of school computer literate in the 1980s it was Derek Esterson.”

Next page: The impact of the BBC
Page: