The impact of the BBC

Even today, it’s clear that the BBC’s decision to enter the microcomputer market annoys Mike Fischer almost as much as it famously angered Clive Sinclair. Of course, the BBC might have worked with Research Machines instead of Acorn. Certainly, RM was one of the seven British manufacturers the Corporation approached about a possible microcomputer partnership.

But Fischer realised that a machine based on the BBC’s hardware and software specifications and intended to be sold at the price the Corporation wanted could not be produced reliably within the launch timescale the broadcaster was set upon. RM chose not to pursue the BBC contract as it stood. It told the BBC it could produce the machine the Corporation wanted, but it would take twice as long to bring to market and cost twice as much.

Fischer was unsurprised, then, when Acorn’s BBC Micro was launched late, took far longer than planned to reach everyone who’d ordered one, and ended up costing more than forecast.

Yet the BBC’s imprimatur gave the Acorn machine a particular boost: it made the machine very attractive to schools. RM’s relatively high prices didn’t help, of course, and it suffered mightily from the competition it was given by the Corporation’s machine. “It almost put us out of business,” says Fischer today. “We had some very tough times.”

The 480Z was launched in 1982, but the 380Z continued to be made available until 1985. RM would stay focused on education despite taking a pummelling from Acorn and even after shifting from its Z80-based range to the Intel-based Nimbus family of PC compatibles in the mid-1980s.

“All people could really do in schools was give kids a chance: for the techies to write a bit of machine code and Basic - people like us - and for the vast majority of students to be introduced to the concept of word processors, spreadsheets and databases,” says Fischer.

“And so right from the beginning our machines were the ones that ran commercial software. Britain was the first and only country for many years where the standard software in schools was Microsoft Office.”

Despite the arrival of the BBC in schools and the explosion of interest in computing in the early 1980s, Fischer and O’Regan never seriously considered extending their reach beyond education and into the home computing market.

“We were different in that we sold direct and we wanted to continue doing that - that was our model,” says O’Regan. “But it meant that our street presence was zero. 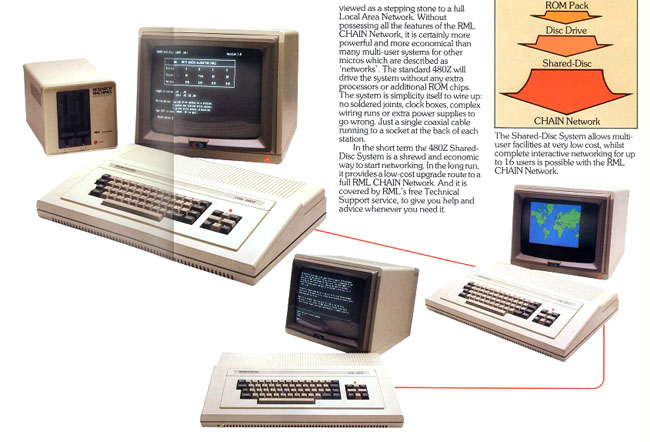 “People from outside the company were saying this is a lost opportunity, implying that we were failing in some way because our the home computer companies were growing by 10-20 times and we were growing ‘only’ two to three times in a year. The home machines were a potential threat to our position in education, but we kept doing what we wanted to do.”

The proof that this was the right approach? By the end of the 1980s, Research Machines was still in business when so many of its one-time rivals had gone to the wall.

At the end of the decade, the company prepared to float on the London Stock Exchange. Iraq’s invasion of Kuwait put paid to that, but two years later it made a second attempt, and this time came to market as RM Plc.

Still in business, still in education

Today, RM is smaller than it was at its peak in the late 1990s, but it continues to sell branded PCs to schools, the current kit rebadged notebooks imported from Asia and desktops assembled from off-the-shelf parts rather than the home-grown machines of old. It’s also an Apple dealership.

Mike O’Regan remained an executive director of RM until 1992, the time of the flotation, when he became a non-executive director, a position he held until 2004. He has never lost his love of education and teaching. In 1988 he founded the Hamilton Trust, a charity that devises educational programmes to help kids from disadvantaged socio-economic backgrounds, originally those living in the estates bordering Oxford’s Ring Road. 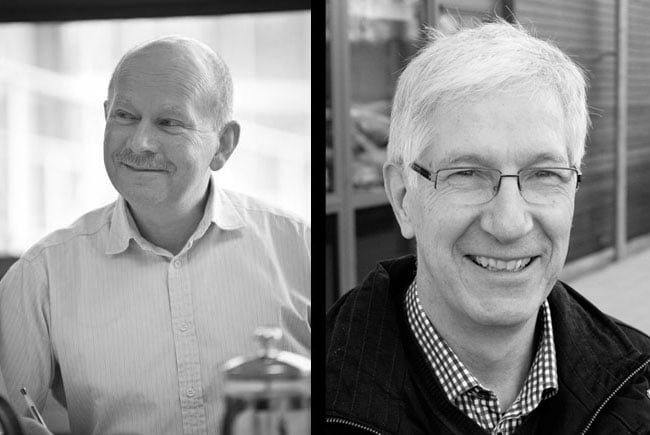 Those early days in Oxford running a startup gave O’Regan a powerful interest in the process of running small businesses, and his latter day educational work also focuses on encouraging and aiding would-be entrepreneurs as they take their first steps in business.

So does Mike Fischer, who also continued to be non-executive director of RM until the major reorganisation of 2004, though he remains the company’s President, a lifetime appointment.

His focus these days is on the medical research that had been close to his heart since the mid-1970s. In 2000, he was awarded a CBE for his services to educational computing - Mike O’Regan has an OBE. Like O’Regan, Fischer also runs an educational charity, the Fischer Family Trust, which is focused on crunching numbers for the benefit of schools and educators. ®

The author would like to thank Mike Fischer and Mike O’Regan for their generous help and assistance in the research of this history. Thanks too go to Paul Flo Williams for kindly photographing his 380Z.