Taking a leaf from Apple's book

Makerbot, one of the most visible companies behind 3D printing, has kicked off a new program that aims to get one of its mini-manufacturies in every school in America.

"As a former teacher, I believe strongly in creating a new model for innovation. A MakerBot is a manufacturing education in a box," gushed Makerbot CEO Bre Pettis in a statement.

"We need to encourage our teachers and our youth to think differently about manufacturing and innovation. When you have a MakerBot Desktop 3D Printer, you see the world differently. Instead of waiting for someone to create a product for you, you can create your own. It can change the whole paradigm of how our children will see innovation and manufacturing in America."

The scheme, dubbed Makerbot Academy, will primarily be crowdfunded on the DonorsChoose.org website, with people pledging a certain amount of cash to fund the purchase of the printers. Teachers can then submit their school to the site and receive a MakerBot Replicator 2, three spools of plastic to make objects, and a year's support and maintenance contract.

To kick off the project, Pettis is donating the package to all the schools in Brooklyn, where MakerBot is based. And he's getting other 3D printing manufacturers and design firms like AutoCAD to stump up some cash as well.

The idea, the company says, is not only to get the kids interested in 3D printing, but also to design tools that teachers can use in the classroom. To that end Makerbot has also launched a competition to build the best math manipulatives – physical tools for expressing mathematical concepts. 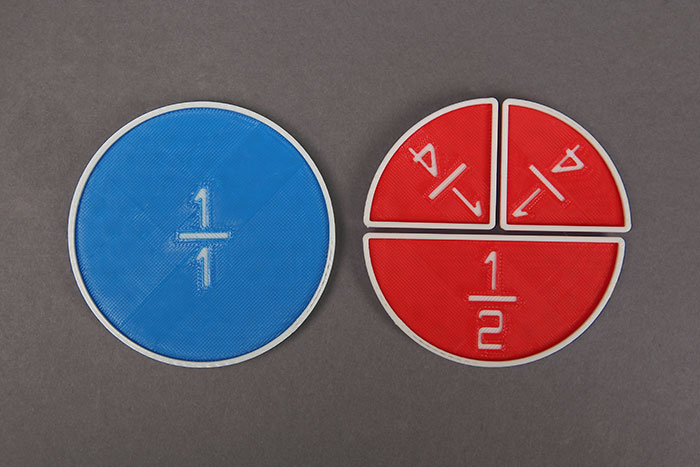 Don't expect to win with something this basic

"Initiatives like the MakerBot Academy are further examples of how New York City's technology community is leading the way to help young people be better prepared for their future careers," said Rachel Haot, New York City's chief digital officer. "Collaboration and education are key components to keep our workforce competitive and innovative."

It all sounds very altruistic, but Makerbot is simply running a technology playbook that sections of the industry have always used. Back in 1975 Cupertino was giving away Apple I computers to schools and continued to get its hardware into the classroom on the principle that if you want to succeed long term then you need the kids on board.

Getting 3D printing into schools is useful to education, but let's not kid ourselves, it's going to be a great boost to Makerbot's bottom line as well. One year's free servicing and three rolls of plastic toner are all very nice but they will run out, and then the schools will be coming back to the company for more supplies.

Add in to that the fact that once kids get used to Makerbot's hardware they'll be more likely to buy from that brand again. The whole project could turn out to be very lucrative to the firm, if it takes off. ®