Want to BUILD YOUR OWN Tardis? First, get a star and set it spinning...

Doctor Who @ 50 A joke was doing the rounds at CERN two years ago:

The inspiration for the gag were CERN boffins working on the OPERA (Oscillation Project with Emulsion-tRacking Apparatus) experiment. They had apparently found that a group of sub-atomic particles called neutrinos had broken a fundamental law of physics by travelling faster than the speed of light.

Albert Einstein’s 1905 Special Theory of Relativity says nothing with a mass can accelerate to go faster than the speed of light. Neutrinos have mass: not very much but enough to require a colossal amount of energy to accelerate one to a speed faster than that which light travels at. It’s hard to beat light. It has no mass and is constant wherever you go in the universe.

Special relativity is important: it’s one of the fundamentals of modern physics that forms our view of the universe. It sets limits on how quickly we can move, and makes time run more slowly the faster we go.

But the neutrinos the CERN folk had found had broken the rules. And for sci-fi fans and wannabe Time Lords that meant one thing: time travel.

Once you approach, or break, the speed of light causality begins to break down and an action can theoretically have consequences before it takes place. You might see a window break before a stone is thrown, or kill your own grandmother before you’re born and so on.

Hence the knock-knock joke doing the rounds at CERN.

“It was very, very surprising and of course we were all very sceptical,” CERN theoretical physicist Gian Francesco Giudice tells The Reg.

“The first reaction was amazement, then we immediately we began looking into what it could mean. If it were true, it changes completely our vision of how space-time works. It was very important.” 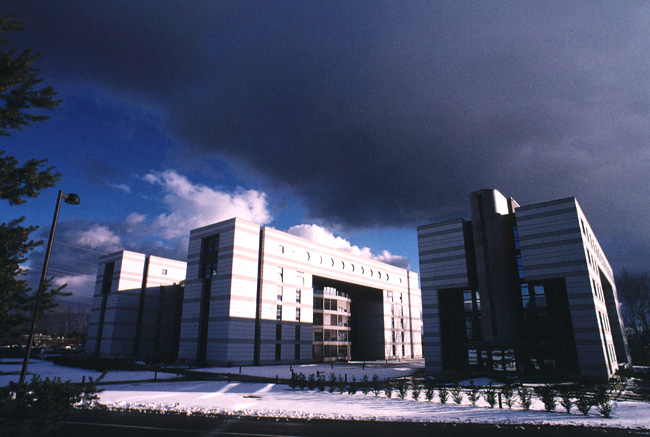 Order was restored when further analysis proved the neutrinos hadn’t gone faster than light after all. OPERA’s results were attributed to a loose fibre-optic cable in the computer test rig that had sent the neutrinos on a 700km journey between Geneva and Gran Sasso in Italy.

The gaffe claimed the scalp of the experiment’s chief physicist, Antonio Masiero, who stepped down.

But don’t give up, Who fans. The idea of time travel isn’t as preposterous as it sounds. You just need a massive amount of power and the mathematical genius of somebody more clever than Professor Stephen Hawking or Albert Einstein to achieve it.

Albert first. Modern physics is based on two models from Einstein: special and general relativity. The General Theory of Relativity takes special relativity and adds mass to the equations. It reveals that objects of any size deform space-time. These distortions are perceived as gravity.

“Time flows slower the faster you move,” Giudice says. “For a particle moving at the speed of light, time is frozen. Then, by extrapolation, you must conclude that faster-than-light neutrinos would feel time flow backwards and you end up with all kinds of paradoxes about causality.”

But why is breaking the speed of light necessary for time travel?

There are three kinds of path between events in space-time, according to Einstein: time-like, space-like and light-like. Humans take a time-like path. Causality – the window breaking after the stone is thrown - is preserved. How do we know it’s preserved? Have you ever seen a window break before the stone responsible for breaking it was thrown. Exactly. The proof of the theory is self-evident in ordinary experience.

“Relativity tells us that, no matter how fast you run after a light beam, you always find that light has the same speed. Discovering that this is not true and that there is no absolute velocity would wreck our understanding of space-time,” Giudice says.

But despite this, general relativity does actually allow for the idea of time travel – it’s just making it happen that’s the hard bit.

There are at least two theories, both rooted in general relativity, which say time travel is possible.