Tales from an expert witness: Lasers, guns and singing Santas

Knowing your stuff can land you in court

Feature John Watkinson is an expert witness. Here he explains what it’s about and how it works as one of a number of lines of enquiry by the legal system – each requiring the same amount of rigour.

The purpose of any court is the difficult job of sifting the reality from the pork pies.

This is a task usually achieved by attributing weight to the various pieces of evidence. Yet when the evidence is of a technical nature, the difficulty increases.

The answer is that it cannot and that is where Expert Witnesses come in to the picture. 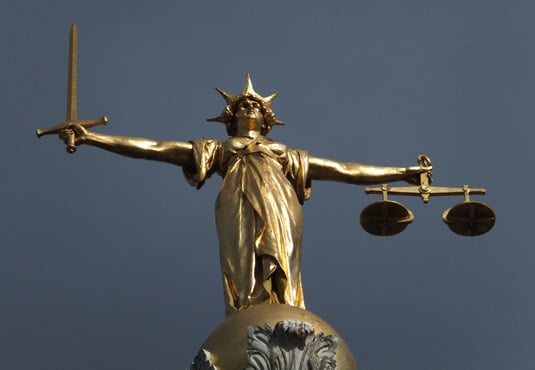 Puzzled, Lady Justice? A bit of scientific rigour might help...

The job of Expert Witnesses is to assist the court with the technology in which they are an expert. Their overriding duty is to the court and they must be impartial. An Expert Witness cannot and should not participate in the adversarial aspects of the case. If this were not so, there could be no such thing as a Joint Expert, who explains the technical evidence from both sides to the court.

In more valuable cases, each side will appoint its own Expert and each will prepare his or her own report. These reports will be exchanged and replies to each will be given. Typically the Experts will meet and try to find common ground.

There is only one set of facts and the laws of physics are the same for both parties. As Experts are impartial, the extent of agreement can often be quite large – in many cases large enough that a settlement will be reached.

Society is becoming more and more dependent on technology and automation and that also applies to security. This naturally raises some concerns, but having been involved with the use of technology in law enforcement, my concerns remain (and should remain). However, they are not overwhelming.

An obvious example of technology-dependent enforcement is the traffic speed camera. My experience with these things is that they don’t differ from any other man-made device and are therefore capable of malfunction.

This differs from the attitude of the police, which is that they have been tested by the Home Office and are subject to claims by manufacturers that the devices are infallible because they have software that prevents malfunctions. Of course anyone with technological qualifications knows that the words infallible and software go together like Robert Mugabe and human rights.

The law rightly requires corroboration of any automated speed enforcement evidence. In the case of laser-based speed measurement, there will be a video recording of the drive-by which also serves to record the details of the vehicle. It is possible to calculate the speed of the vehicle by analysing the video recording.

I have in my collection of police video recordings one in which the speed according to the laser gun was not corroborated by the video recording. The laser gun had malfunctioned because of miraging, the vehicle concerned was not speeding and the driver was acquitted.

My view is that had the capabilities of the gun not been oversold, and had the police been honestly told about adverse conditions in which it might fail, the prosecution might not have been brought.

But one false accusation does not make a scandal. I also have in my collection a large number of recordings in which there is close agreement between the laser and the video analysis. The accusations that the equipment was faulty far outnumber the occasions when it fails. 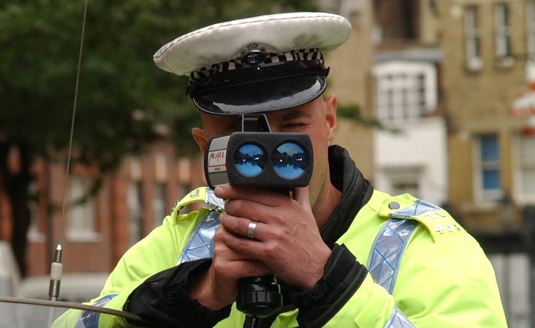 The quick and the nicked

Almost always, after I have found that the speed measurement was accurate, it is revealed to me that the accused has a string of speeding offences and is in danger of a driving ban. That information is rightly kept from me whilst I do my sums so that I cannot be biased.

So while one can see why the accuracy of speed cameras is usually challenged, and one can see why in most cases those challenges are unwarranted, that does not mean the equipment is infallible. One has to consider that once in a while someone who claimed not to be speeding actually wasn’t and if justice is going to be done on an individual rather than an average basis, and I would argue that it should, one has to constantly bear that possibility in mind.

Notes on a scandal

If we are looking for an aspect of motoring that is closer to a scandal, it is the tricks that the motor trade – not to be confused with a profession – get up to in order to avoid liability. 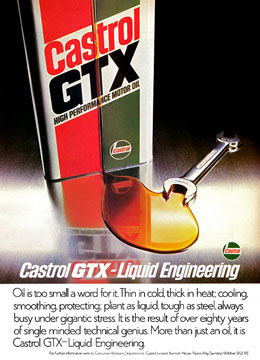 Engine lubrication design: oil is too small a word for it

I recall the case of the Ford that was eating camshafts. The cam lobes were welding to the tappet and ripping the end off. The problem was the oil pump, starving the camshaft of oil, but the garage was simply replacing the camshaft and not fixing the underlying cause.

When the owner took the vehicle back under warranty he was told that the garage was not liable because the level of the engine oil was slightly down. When the non-mechanically minded driver asked why that mattered, he was told that the big ends needed to contact the oil surface in order to spread oil onto the camshaft.

I regret to say that when I visited said garage in my official capacity the same story was repeated. I think it is a measure of the attitude of such places that they actually expect people to believe arrant nonsense of that kind. Perhaps some of their victims do.

I went on to describe how the lubrication system of that engine worked in minute detail, from which it dawned on them that their explanation wasn’t believed and moreover wouldn’t be believed by a court. The owner got a new camshaft and a new oil pump.

TikTok could be banned from America, thanks to proposed bipartisan bill

If you listen really closely, you can hear Mark Zuckerberg's excitement
Security14 Dec 2022 | 27