Your plastic pal who’s fun to be with

Animals might the muse for those working on worker robots but they haven’t yet served as the dominant model for a robotic companion - one of K-9’s important functions. Machines in this are more human like.

Take, for instance, the Toyota Human Support Robot (HSR) prototype, introduced and demonstrated in September 2012. The HSR is a one-armed robot that is meant to lend people a helping hand at home — literally. It has three basic operation modes allowing it to retrieve objects on the floor, on placed on shelves or other high locations, or open curtains using a single, 77cm folding arm.

The arm features a gripper for the grabbing part while a series of algorithms allow HSR to understand the size and shape of objects, allowing for proper extension of the arm and grip, while sensors are used to let HSR safely navigate around its surroundings. 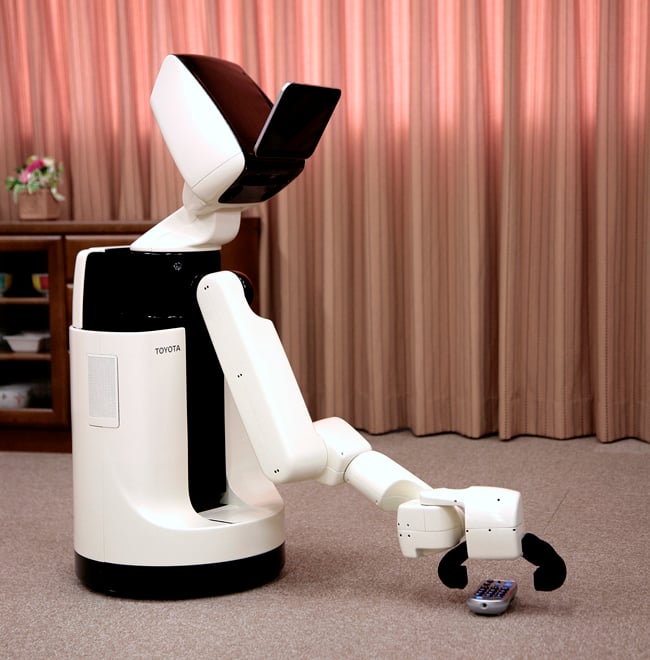 The HSR is controlled with voice commands or by tapping instructions on a touchscreen which can be mounted on the robot’s head. It can even double as an interface for talking to people using Skype.

HSR was built on the open source Robot Operating System (ROS) from the Open Source Robotics Foundation — specifically, ROS Fuerte — as well as a number of other software packages from the ROS project. ROS provides libraries and tools, device drivers, hardware abstraction and package management and supports Ubuntu on Intel, with other operating systems and architectures, including ARM, offered unofficially.

Alas, HSR is still awaiting commercial adoption. Toyota told us it hasn’t been working with any nursing of healthcare facilities and there are no customers. “The robot has not been commercialised,” a Toyota spokesperson admitted.

Hector from the CompanionAble is similar to HSR. Hector is designed to help elderly or disabled people keep track of their daily lives, helping them remember to take medications or to accomplish tasks around the home. It can even answer phone calls for them.

The product of a four-year project coordinated by the University of Reading, Hector responds to voice commands, connects people virtually via videoconference or mobile calls, and is controlled by a tablet. Hector is also powered by ROS.

How do the humans themselves feel about having a machine as a companion? Professor Atta Badii, a Professor of Systems Engineering and Digital Innovation, and Chair of the International Companion Robotics Institute at the University of Reading’s School of Systems Engineering, said the project encountered three types of human users during trials in Belgium, Spain, the Netherlands and France. 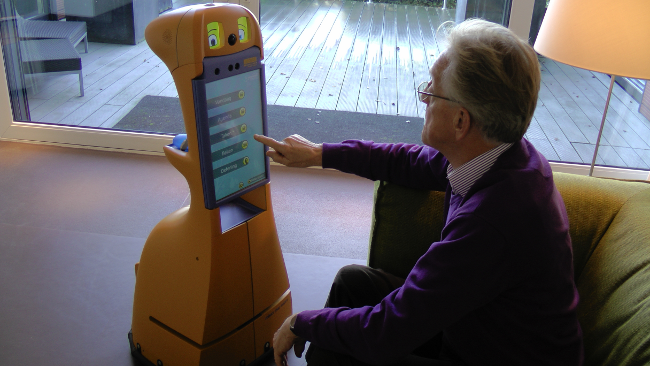 One was “sold on the idea” before encountering the robot, the second were agnostic about Hector and had no opinion, but the third group were quite skeptical. “People who were against it were like devil’s advocates,” Badii says. “They would say things like, ‘Oh, what can a robot do for me exactly’?” The enthusiasm of those who were receptive to the idea grew after testing the robot, Badii said.

“Some folk who were very much for it started to become co-designers; they started to contribute to the design of the thing and say to us, ‘If I were you, I would add this and this’,” he says.

Most surprising, though, was those who were initially against the idea of the robot later developed an affection for it after spending time with it in their homes. Some users even became quite emotionally attached to the machine, Badii says. “Most of these people started to form an affection towards Hector, a fascination with his novelty,” he adds. “They began to feel that they wouldn’t mind having one of these around the house.”

But not everyone warmed to Hector, Badii admits. Some of those who were agnostic about the robot in the end “didn’t really click with it”.

Next page: But can you trust ’em?
Page: