Pi-based micro in ‘ships with a paper manual’ shocker

Anyone can toss together a Raspberry Pi and a bunch of accessories and call it a computer learning kit, but Kano has a more joined-up approach which it’ll put into production if it can raise $100,000 by the middle of December.

Launched on Kickstarter yesterday, Kano the computer is described by Kano the company - named after the founder of martial art Judo, not the lead character in 2000AD comic strip Bad Company - as “the computer anyone can make”. 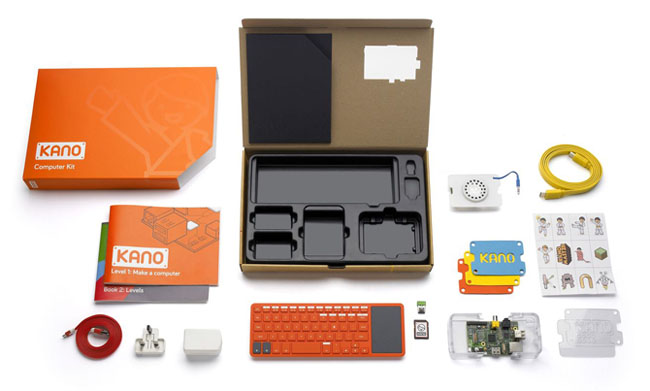 ”Make” is a stretch: you don’t so much build Kano from scratch as take it out of the box and connect it up, just as you would with any other electronic device. Since this one is for kids, it’s a smart way of engendering a sense of achievement in them.

The boxed package, which is due to ship in July 2014 if Kano meets its funding target, contains a Pi, a case, a clip-on speaker, a power adaptor, a Wi-Fi dongle, cables, and a very tasty dual-mode keyboard with wired and wireless connectivity and a built-in touchpad.

UK-based Kano is also bundling a tweaked version of Debian Wheezy which guides the young user through assembling the machine, creating an account and loading up a graphical desktop. There, nippers are steered toward through a series of simple tasks - watching YouTube videos, and playing text and graphical versions of classic game Snake - before graduating to working on some real code.

Kano has borrowed Scratch’s visual approach to coding: assemble algorithms by dragging, dropping and clipping together blocks of logic: first to tweak a version of Pong and then to tinker with that current kids’ favourite, Minecraft.

Kano’s home-grown coding tool also allows users to enter lines of Python, which they do in the final, music-making exercise. Kano scores points for including a couple of printed books to guide kids step by step through all of these challenges. They’re cleanly designed and a million miles away from word-heavy tomes like the Dummies series and other Pi books. 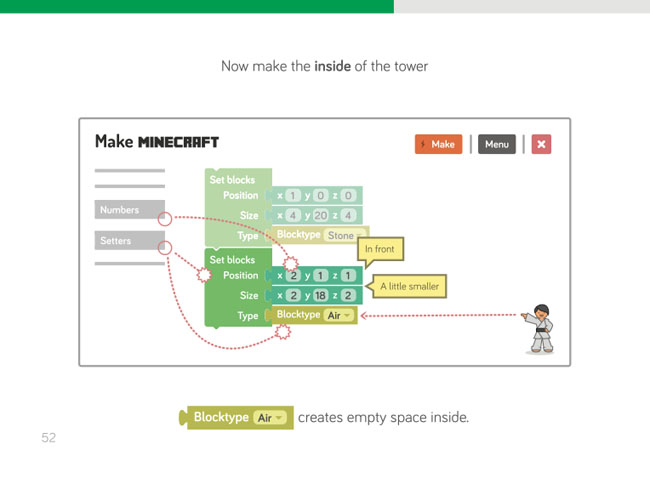 Strewth, it even comes with paper documentation

Children have had input throughout the design process. The original concept came from a six-year-old: make it as “simple and as fun as Lego” while not making it overly “teacherly”. A whole stack of prototype kits were put to the test in a couple of London primary schools.

Kano insists, however, its kit is for any non-techie with a mind to learn how to start coding. It will interesting to see what guidance Kano eventually provides to folk once they’ve gone through the initial challenges, which shouldn’t take very long to complete.

Crowd-funders can put in as much or as little as they like, but if Kano gets the green light it will cost £69/$99 when it ships. ®