Review So we’re all Dom Joly now - shouting into gigantically oversized phones. Well, not everybody - but large devices have seen amazing sales increase in the 18 months, catapulting them out of the techie niche they’ve quietly inhabited for years.

You can say phablet, we prefer “phondleslab”. Whatever they’re called, these pocket-busters are certainly an acquired taste. You’re really need to want one, and be prepared to put up with the physical demands, to get the benefits.

As if to acknowledge this, Nokia has made a bit of an extra effort with its first phablet, the Lumia 1520. At 6 inches, this slab is absolutely enormous. However it’s packing an excellent oversampling camera, a superb HD display, an enormous built-in battery (3200mAH) which comfortably gives you most of two days use (and longer with light use), and built-in wireless charging.

All on the souped up, quad core Qualcomm Snapdragon 800 hardware platform. The 1520 is the first Windows Phone out of the door to take advantage of this new hardware. WP bobbed along very happily with two cores, but rendering a web page is noticeably faster on this device.

This Lumia is consistent with the design of its pricier siblings - but this rather works against you, here, making it feel “slabbier” than need be. At 209g it's not actually that heavy for its size. But there's no denying that width: while the 1520 is impressively thin, it’s wider than rivals from Samsung and HTC. Nokia’s high end Lumia design motif of squared-off corners also make it feel more forbidding than the Tab, with its much rounder corners. 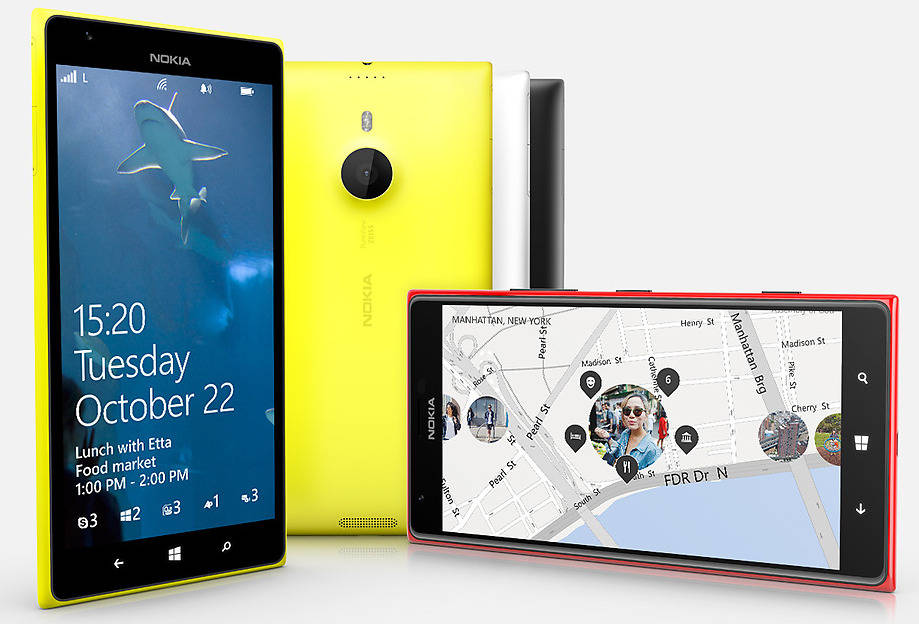 That said, it feels very solid. The heft (and yellow colour) invited some ridicule during my testing period - one friend compared it to a weapon. Perhaps the designers could have been more be sympathetic to this specialised device category (and its unique physical demands) here, rather than striving for portfolio consistency. Horses for courses, and all that.

Where I found it most inconvenient was holding it while walking - it felt like it would slip out of my hand at any moment because it’s so wide, and smooth with it. Most, if not all, phondleslabs I see are used with a case - and Nokia showed an excellent case for the 1520 at Nokia World in Abu Dhabi last month - but I didn’t have the chance to test the combination. A lanyard strap would have helped. It’s a Nokia tradition the company revived with the Lumia 1020, so it’s a puzzling omission.

Of the Good the Bad and the Ugly, that’s really it for the Ugly. I’ll run through the Good and the not so Good.

Phablets are gadgets for reading, watching video, looking at photos and messaging. Thanks to the superb screen, it’s a great viewing device. Netflix movies were rich and blur free. It's as good as any I've seen on a smartphone, with the bonus of being readable in very bright sunlight, and usable with gloves.

It's a phone, too

I found the call quality to be excellent, with callers remarking on the clarity and richness of the call. (The phone supports HD voice and has four microphones, but beware, it takes a nano-SIM). Nokia has thrown in a new app, Storyteller, which does little more at this stage than caption photos, and create albums by location.

The Beamer app, a nifty sharing application that can display your images on a PC or TV, is also bundled. And the Nokia Camera has been improved, bringing a little order to the chaotic and confusing range of Nokia camera apps. This is the essentially the Camera app that was introduced with the Lumia 1020, with the addition of a simpler interface, while still providing access to several settings like ISO, exposure time and colour balance.

The camera is indeed something special - a cut down 20MP version of the 41MP oversampling sensor unit found in the current Lumia 1020. The pictures aren’t quite as good, with the oversampling magic offering you 2x lossless zoom, rather than 3x lossless as with its bigger brother. But it’s hard to imagine anyone being disappointed with the results, which are very good indeed.

Thanks to the Optical Image Stabilisation (OIS), low light photography was outstanding, provided you have a very steady hand and the subject isn’t moving. The advantage here over the 1020 is that shot-to-shot time is a couple of seconds, rather than the four seconds on the 1020. I also found the colours to be not quite so super-saturated as the 1020 as you can see from the daylight fruit shot below.

Nokia now supports capture and export of the photos in uncompressed RAW image format (DNG format) in its Lumias for the first time. These weigh in at over 20MB a time, you may find the compressed 6MB original to be sufficient. Either way, the camera makes a 5MP available for instant sharing.

The OIS was largely created to improve movie capture, and it does a great job reducing handheld shake. OIS is no longer unique to Nokia’s smartphones, HTC and LG have announced units and Samsung says it will include it in models to be released next year. All in all, the sensor and OIS are a strong draw. 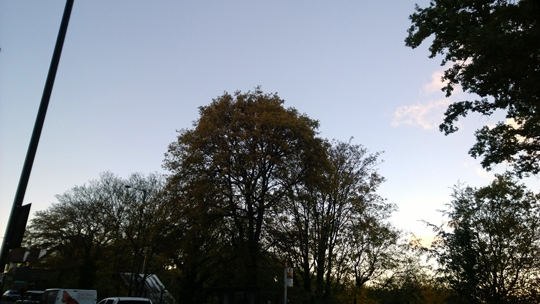 A challenging shot at dusk, but the Lumia captures a reasonable amount of detail 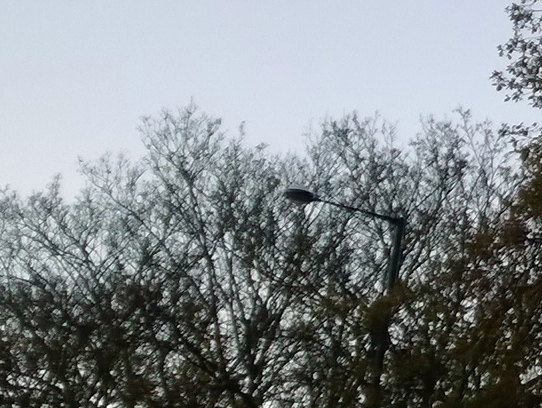 A portion of the photograph above. 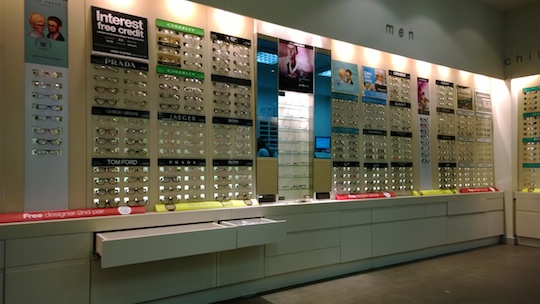 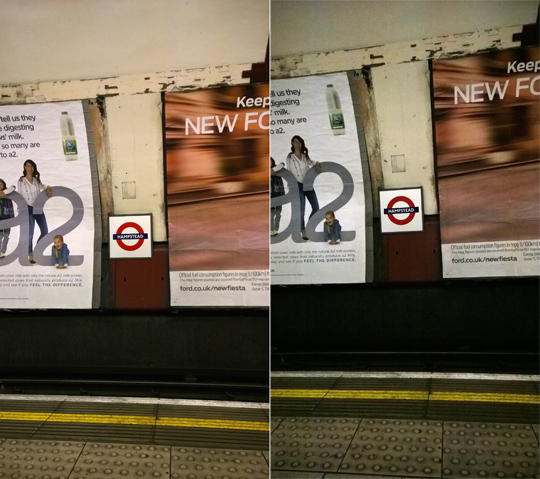