Doctor Who Episode One: Through a glass. Darkly

A franchise saved by a lack of anything else on TV

Doctor Who @ 50 Today, the world of 1963 seems extraordinarily remote - and narrow. The “Beatles” name was still a jarring pun, and Telstar live transatlantic TV was just a little over a year old. I remember seeing JFK via Telstar when it kicked off, and then again that November in Dallas in 1963. There were no supermarkets, no plastic bags, and nobody calling social services when this eight-year-old was sent to pick up 20 Kensitas for his mother from the grocer across the street.

The first Doctor Who story - now generally known as An Unearthly Child, though that was only the title of the first episode - holds up pretty well today, but it seems to me that the viewer now is likely to miss a lot of context. Much of the detail is all too divorced from the world we live in, whereas in 1963, this was the world we lived in. 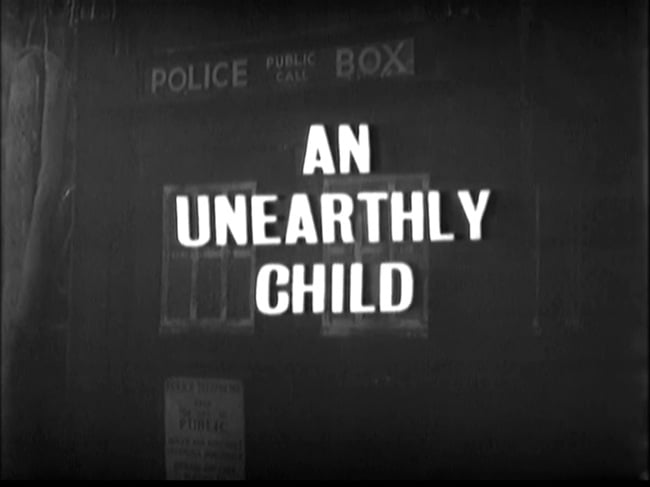 So, football results finished that Saturday evening - Hamilton Academicals one, Foarfoar, fouar - cue mist and beat policeman checking the gate to a junk yard. And creepy music that really was creepy and entirely unfamiliar in 1963. The audience of the time, having seen The Blue Lamp and its long-running spin-off Dixon of Dock Green was familiar with this kind of opening.

Typically, something bad is about to happen to our brave copper, out there at the criminal fringes of society. And back then pretty much all of us really did think our policemen were wonderful. PC George Dixon gets it in The Blue Lamp, and we all already know that there’s something more sinister than Steptoe and Son in that yard in Totter’s Lane. So look out, copper. But then...

The camera moves slowly in on a police box, creepy music stops, cut to next scene, a school. That’s actually quite clever, and risky, because a police box in a junk yard is out of context both to the 1960s audience and the beat copper - albeit in a different way than it is to today’s audience. Many people still didn’t have landline phones, beat policemen didn’t have radios and police boxes were a familiar sight on city streets, operating as a kind of mini police station, complete with phone line. 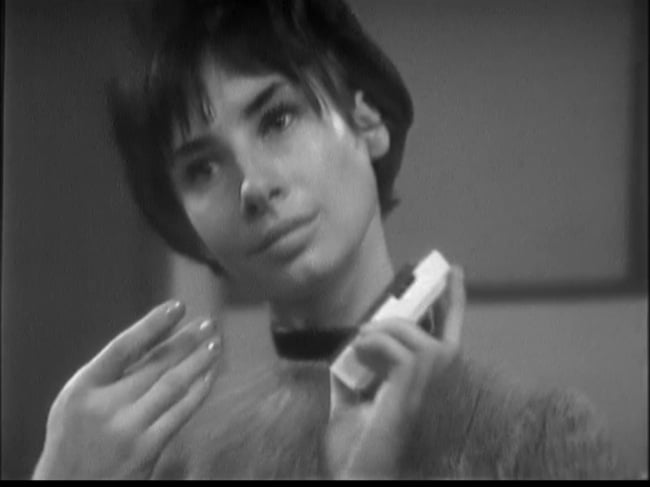 So if you think about it for even a couple of seconds, you - and the copper - are going to wonder what the blazes a police box is doing in a junk yard. As do teachers Barbara Wright and Ian Chesterton later in the episode. And if you think about it for a couple more seconds, you’re going to realise that the Tardis’ police box disguise is a singularly counter-productive piece of camouflage. What, a beat copper isn’t going to wonder what’s going on when a new police box appears on his streets? Even before he considers they were often made out of concrete and bolted to the street?

You’re not going to get one of those onto the back of Steptoe’s cart in a hurry. But the incongruity is left hanging, we never see the copper again or find out what, if anything, he did about it, and we’re left with an uneasiness about something in the yard. Risky, but scriptwriter Anthony Coburn got away with it - or at least he did as far as I was concerned. 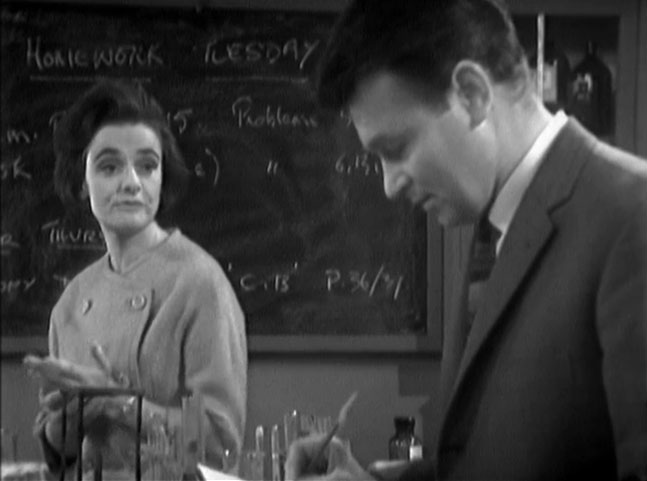 Next, it’s over to the school, to two teachers concerned about a strange pupil, Susan Foreman, and to Susan herself. The teachers seem strangely posh by today’s standards, but in the 1960s teachers were a bit posh, respected members of the community would you believe, and practically everybody on the BBC was a bit posh too. Yes, Z Cars had started broadcasting the previous year, but it was going to be a long march still to gritty realism.

Susan herself is alien in more than one way. Yes, she’s from another planet in the 49th Century and knows far more about science and history than her teachers ever will, but she’s also that closer-to-home alien, the Mary Quant dolly-bird (which you could say in those days) teenager listening to parent-baffling music on her tranny - a word you could also say in those days, because it meant something different. 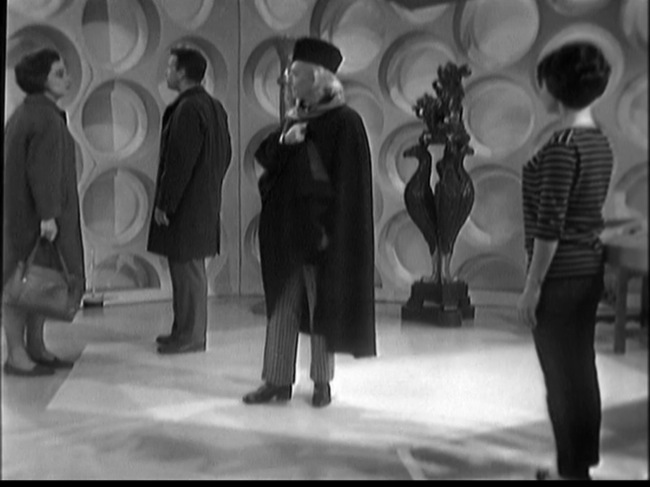 It’s bigger on the inside
Source: BBC

Fortunately - or possibly wisely - this first glimpse of Susan is all the writer and director are going to let us see of this potentially rebellious teen. You can possibly glimpse the ghost of a toe-curlingly bad portrayal of youth culture in those few seconds, but Susan will turn out to be a sensible young lady, protective of her grandfather, her teachers and - in later episodes - the human race.

Next page: England swings like the pendulum do
Page: