You, in a box, a very small box, still on Earth

In 2010, the Mars 500 regime saw six men fresh from a strenuous year-long training programME, sealed inside mock ship for a 520-day Mars analogue mission, broken only by three suited-up “space walks” halfway through the mission.

Mars 500 was deemed a great success for space research when all six individuals left the compound mentally and physically unscathed after 18 months in confinement. Findings are still being analysed, but include new insights into ideal rest patterns, the ways in which Mars travellers might process salts, and the ideal times of day to plan critical missions.

“These results are showing why we participated in the Mars 500 study,” Jennifer Ngo-Anh, European Space Agency study manager, said.

Yourself, a bottle and a sense of humour! No, not really – this is interplanetary spaceflight to a hostile environment, not an HR training exercise. What you really need to bring are the essential tools for transportation, survival, scientific experiment, maintenance and construction – with very few frills to add to the already substantial payload.

Some cargo is relatively obvious – fuel, drinking water, intravenous fluids, oxygen (or enough additional water to create oxygen), nutrients and supplements, medicines, tools, clothes, suits, exercise machines, communications devices and so on - but some is less so. That’s why, skeptical though we remain, some sort of 2030 equivalent of a 3D printing factory would certainly go some way to filling in any unforeseen inventory blanks and reducing launch storage demands. 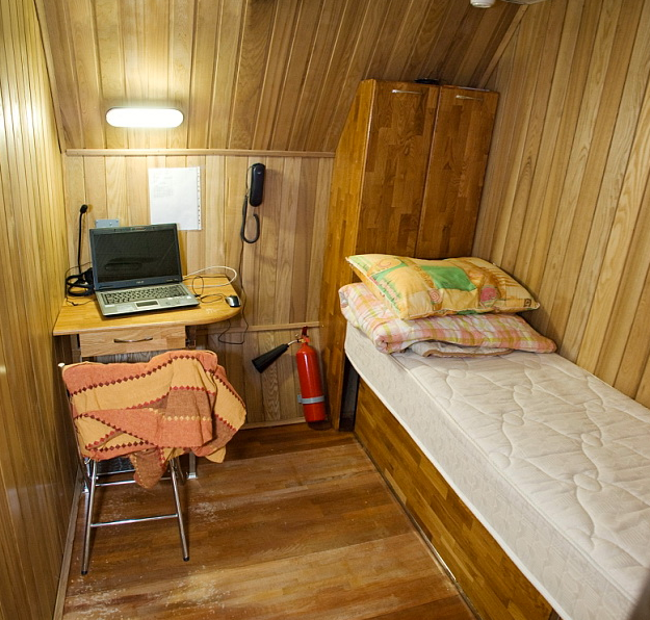 Sauna-like quarters aboard the Earth-bound Mars 500

Food, as you might expect, would be limited to long-life, low-weight, high-nutrition snacks, and may allow little for taste or diversity. Dr Michele Perchonok, food scientist at NASA’s Johnson Space Center in Houston, has said: "If we go to Mars, that’s a two-and-a-half year mission, so the food would need a five-year shelf life. We want to make things as compact as possible and as lightweight as possible."

And surprisingly, there is currently room for picky eaters on the astronaut programme, although we'll have to wait and see if that remains the case on more arduous inter-planetary missions: "With emerging preservation technologies, foods have a much higher quality once they’ve been processed, and with higher quality comes higher nutrition. Now astronauts have around 160 to 180 unique items which they can choose from."

One thing that crops up repeatedly in any conversation about proposed Mars missions, from the 1950s to the present day, is the concept of staying happy and "keeping busy" on the voyage when there aren’t any scientific, biological or maintenance tasks to be done. Digital content is close to zero-weight payload, so multimedia entertainment should prove little problem, but how have real-life astronauts spent their down-time in space? Well, there are famously two golf balls on the Moon, hit by Apollo 14 astronaut Alan Shepard with a six-iron head he snuck into his suit pocket and fitted to a sample collection tool.

But more recently, anyone with more than a passing interest in space will have watched films of ISS residents reading books, watching films, taking photos, "gourmet" cooking and playing games.

No room to swing a golf club? Bring a guitar

Chris Hadfield spent a good amount of time playing guitar, and recorded a cover of Space Oddity that ensured his YouTube immortality. Prospective Mars candidates crave new and different extras in this extreme form of Desert Island Discs. Talking to The Guardian recently, a few of those applicants for the Mars One one-way mission revealed their own luxury items. For the record, Erica Meszaros would take a stuffed toy mongoose, and Josh Richards would take Amanda, his ukulele.

Assuming craft will soon be available that can physically take human payloads to Mars, by far the greatest threat to life on the voyage is radiation, caused by solar particles and galactic cosmic rays. University of Notre Dame professor Kristin Shrader-Frechette recently told USA Today that this made any imminent mission an ethical no-go. “We're talking about a lot of ionizing radiation, almost a guarantee for cancer, and you are really close to the edge of the range for lethal exposure. If we can't get shorter transit times in space, and we can't get better shielding, then we really can't do a Mars spaceflight," the prof said. 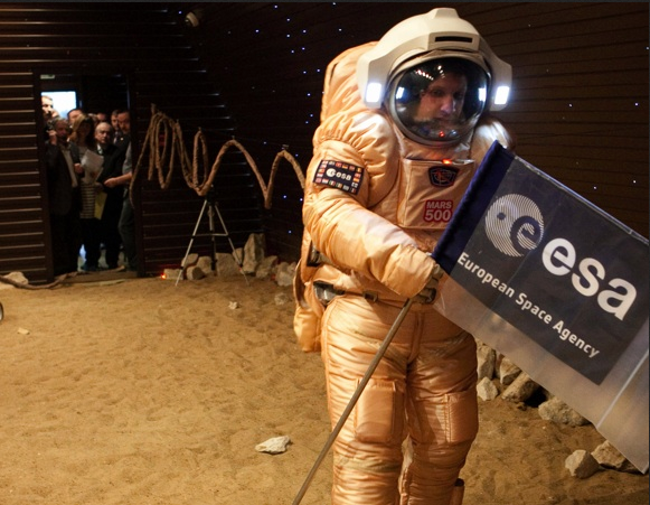 Learning to walk on the surface of Mars, which has just 38 per cent of the gravity of Earth

So how much is “a lot” of radiation? Well, a report published earlier this year in the journal Science titled "Measurements of Energetic Particle Radiation in Transit to Mars on the Mars Science Laboratory" revealed that the spacecraft containing the Curiosity Rover for its 253-day, 350-million-mile (563 million km) trip to Mars, modelled measurements of radiation dose equivalent for even the shortest round-trip with current propulsion systems and comparable shielding at 0.66 Sievert (Sv) in a range of plus or minus 0.12 Sv.

NASA lifetime astronaut limits are between 0.6 and 1.2Sv, depending on sex and age. So that's at best more than half a career of radiation exposure, even disregarding time spent on the surface, or indeed on any preparatory missions.

Without radical progress in reducing the speed of the Mars journey and breakthroughs in increasing the radiation shielding of craft, suits and other habitats, human trips to Mars will likely be ruled out by NASA for exposing astronauts to more than a three per cent increase in "Risk of Exposure-Induced Death" for fatal cancer, a threshold set in the aftermath of Hiroshima.

Next page: You're not ready for what's next
Page: