Scientists at the South Pole have detected a collection of warp speed neutrinos from deep space that could help explain the origins of the universe.

A team from the mighty IceCube telescope laboratory in Antarctica will reveal their findings in tomorrow's Science journal.

The experts' 28 intergalactic subatomic particles were detected by the Cherenkov radiation emitted when they (unusually - most neutrinos go right through the Earth without stopping) hit something within a cubic kilometre of intrumented-up polar ice at the South Pole. They are thought to have originated from outside the Solar System, and likely from outside our galaxy, the Milky Way. 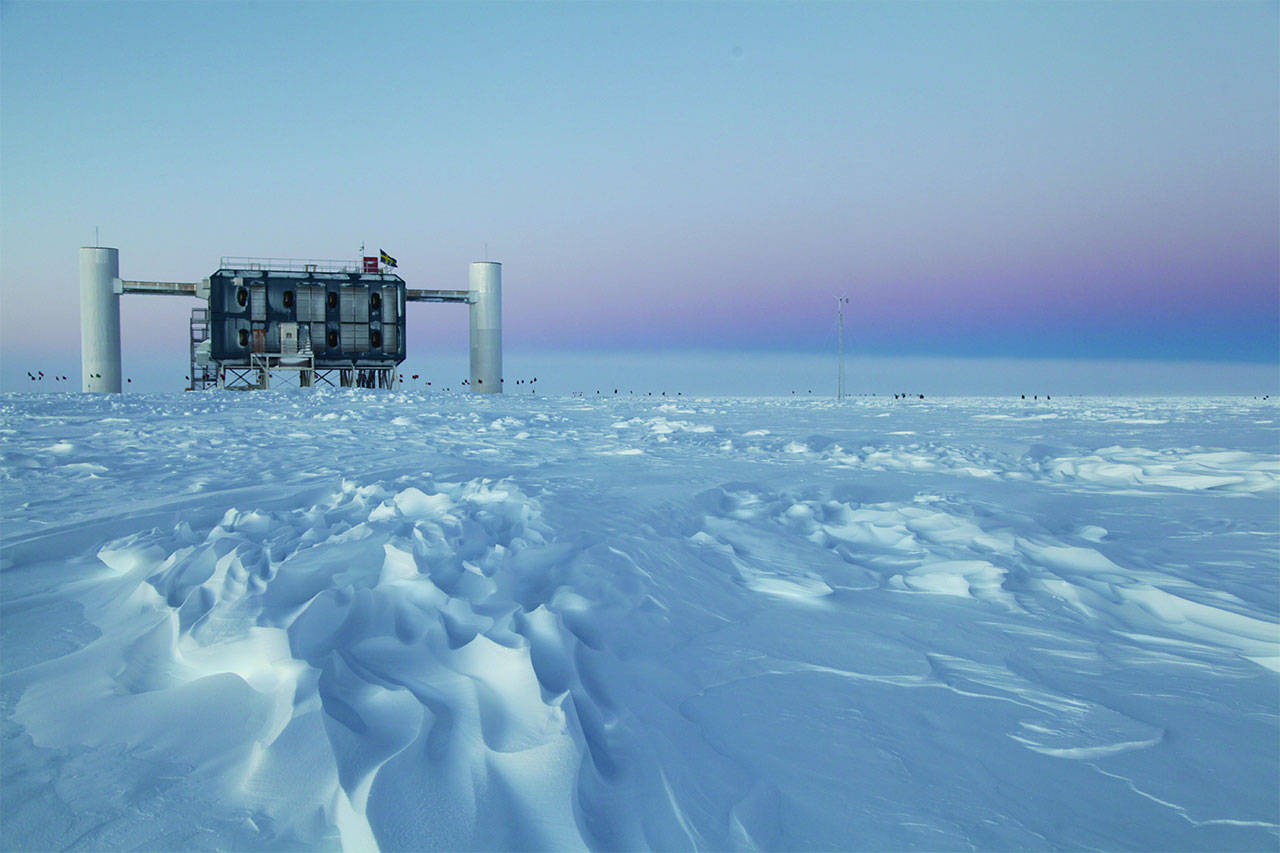 No oxide, just neutrino ... The particle-catching lab in Antarctica

Having identified the particles, the boffins believe that they can gain new insight into the workings of black holes, pulsars and other wonders of space that emit the subatomic particles.

The equipment is able to differentiate between neutrinos from outside the Solar System with those that may have originated from the Sun or the Earth's own atmosphere, which could reveal more about astrophysical phenomena billions of light-years from our home world. The extraterrestrial neutrinos screamed through the void almost at the speed of light before smashing in the Earth's snow.

"Neutrino observations are a unique probe of the universe’s highest-energy phenomena: Neutrinos are able to escape from dense astrophysical environments that photons cannot and are unambiguous tracers of cosmic ray acceleration," wrote the team in their scientific paper.

"As protons and nuclei are accelerated, they interact with gas and background light near the source to produce subatomic particles such as charged pions and kaons, which then decay, emitting neutrinos. We report on results of an all-sky search for these neutrinos at energies above 30 TeV in the cubic kilometer antarctic IceCube observatory between May 2010 and May 2012."

The team, based out of the University of Wisconsin, said that the discovery of subatomic particles in ice has been in the making for more than a quarter century. The Ice Cube itself, deep in the polar ice sheet, is operated from the famous Amundsen-Scott stilt base.

The discovery is only the second such observation of interstellar neutrinos by scientists. In 1987, a wave of particles from a supernova reached Earth and was observed by scientists. Since then, researchers have been looking for another source of the subatomic particles not generated by the Sun nor the Earth's own atmosphere.

"This is the first indication of very high-energy neutrinos coming from outside our solar system, with energies more than one million times those observed in 1987 in connection with a supernova seen in the Large Magellanic Cloud," said University of Wisconisn-Madison professor and IceCube principal investigator Francis Halzen.

"It is gratifying to finally see what we have been looking for. This is the dawn of a new age of astronomy." ®

Move over exoplanets, exomoons are the next big thing

Is that an extremely large moon we see outside the solar system, astro-boffins ask themselves
Science17 Jan 2022 | 23