What Apple has that other tablet-makers lack is a sense of style and luxury. The metal-backed iPad Mini, like the Air, looks and feels like a better quality product than its plastic-clad rivals. It’s the reason why the iPhone 5S is outselling the slightly cheaper 5C. Punters see the steel and think they’re getting more for their money, or at least they feel justified in paying extra for it.

Buyers who think themselves above such intangible considerations will scoff, of course, but we’ve all favoured pricier products that were not necessarily any better than cheaper alternatives. Branding makes for a powerful incentive, whether we’re talking about crackers, cheese and wine, motor cars or consumer electronics products. 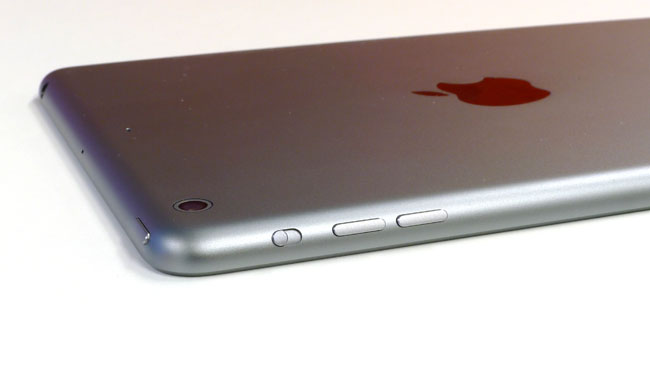 The metal buttons are all but flush with the casing

The reader who insists he or she has never bought a product on branding and in spite of a higher price is no more credible than the one who reckons he’s a better driver than everyone else.

Yes, you can argue about specs. The Nexus 7 has, some might say, a quad-core processor, surely better than the two-core job in the Mini. In as much as neither device feels slow and unresponsive across a range of applications, the answer is no, it’s not.

It’s a given, then, that some punters will favour the iPad Mini over, say, a Nexus 7. It’s just that the Apple product is no better than the Google one. Apart from the price, it’s no worse, either. 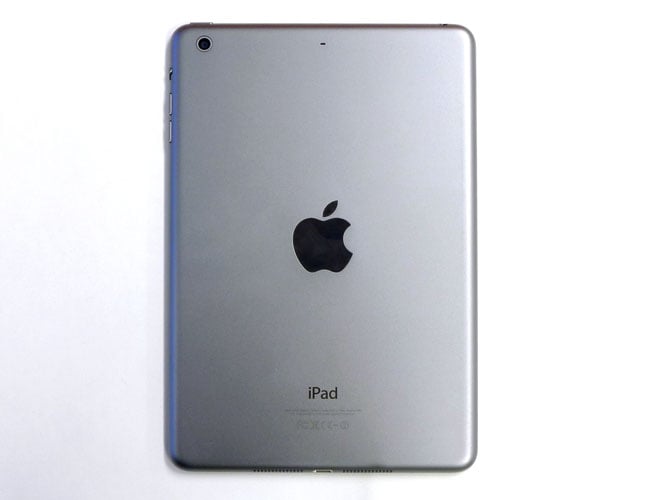 Space is not grey

Android and iOS can both claim legions of folk who prefer one over the other, and if you favour iOS, as I do, tough luck, you’ll just have to get used to paying more for your tablet hardware. You won’t lose out on functionality or app availability. Neither will the Android fan.

So let’s say you do splash out for a new iPad Mini. What your money will get you is a very nippy operator that’s comfortable to hold and use. The Mini is sized for being held in one hand while you read a book or magazine, or watch a film or TV show, and hold a mug of tea, bottle of beer or a glass of wine in the other.

The new Mini retains the design of its predecessor, so you’ve got the same, separate volume controls on the side next to the switch that defaults to ringer volume but can easily be set to stop the screen from auto-rotating. 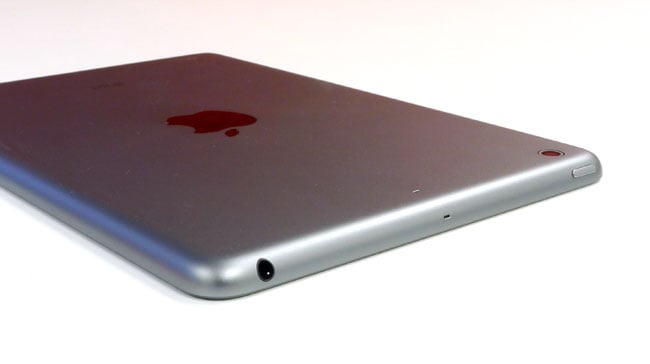 The top and back now sport two mics: one for recording, the other for noise reduction

The Mini appears to have two speakers behind the two grilles on its bottom edge rather than the one speaker sported by the original. It makes the Mini perhaps a little louder, but it doesn’t separate stereo channels worth a damn.

There’s now a second mic too, on the back of the tablet, to help tune out environmental noise during recording. The other microphone is on the top.

The screen is the real star, of course, since it’s the thing that most clearly marks the new Mini out from the old. The smaller size yields a better pixel density than the Air, which gives the Mini’s panel the edge on clarity. Apple’s “Retina” resolution makes for highly readable text, even at small sizes, and pictures come across as very detailed, even when you’re looking at video scaled up from 720p or 1080p HD. 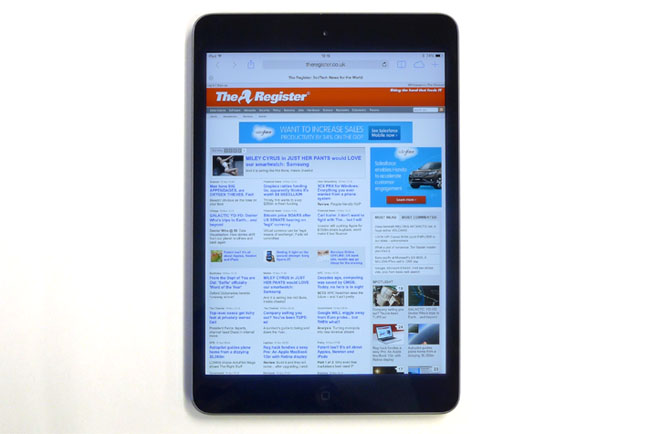 The 4:3 ratio screen may not be ideal for widescreen films, but it’s great for every other kind of content

Websites which go to excessive extremes of descriptive detail have analysed the Mini’s display and found it lacks the colour reproduction range of the Air, and neither reach as far as the standard RGB gamut. Professional photographers won’t like this, of course, but I can’t say that it bothered me. I eyed up a wide range of pictures on websites and in e-magazines taken using the Mini’s camera against those snapped with my own digital camera, and I can’t say I was disappointed.

However, other screens, such as the one on the Nexus 7 and the Kindle Fire HDX, will give you a wider, sRGB colour gamut - and you won’t be paying a premium to get them.