Doctor Who: From Edwardian grump to Malcolm Tucker and back again

Doctor Who @ 50 Since Doctor Who returned in 2005, its producers have loved showing the Doctor’s previous selves, from the pen and ink portraits in Human Nature’s Journal of Impossible Things and the Cybermen’s infostamps in The Next Doctor, to the curious, multiple incarnation runaround in the Doctor’s personal time stream in The Name of the Doctor.

This is, of course, a head-charge for longstanding fan, suddenly alert at a fleeting glimpse of Tom Baker or Patrick Troughton. Such moments also offer a pause for thought, as we reflect on how the Doctor’s persona has shifted over the last 35-and-a-bit series, and how it may change again now that Peter Capaldi has taken on the part of this young/ancient immortal alien pacifist/scientist/action hero. 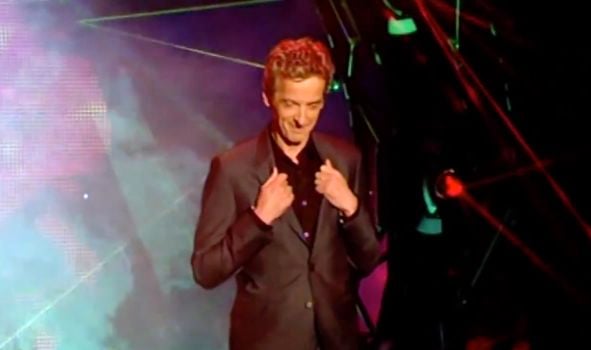 Like the camera-filming-its-own-output ‘howlround’ effect included in early title sequences, the character’s been on a feedback loop since the 1960s, keeping certain essential character traits and otherwise changing with its times.

Or not. Coinciding with the moment that pop music was really beginning to swing, William Hartnell’s First Doctor was hardly trying to be down with the kids. Debuting 50 years ago in black, grey and white at 5.15pm on BBC One - after Grandstand and before a puppet show starring The Goons - he was initially a grim tempered, sardonic old misanthrope in Edwardian gear who we first encounter as he emerges through fog, coughing.

He was also given to aloofness, mendacity and cruelty – best illustrated when he appears to propose murdering an injured caveman with a rock in An Unearthly Child episode The Forest of Fear. 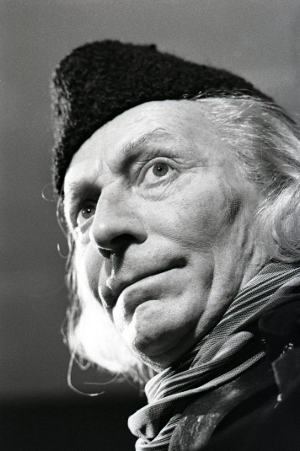 Edwardian pappa, Hartnell was handy with a rock

His unknown origins also made for an appealing mysteriousness; we knew only that he and Susan are, as he says in a cool piece of mangled Hartnell-ese: “Wanderers in the fourth dimensions of space and time, cut off from our own planet and our own people by eons and universes [sic].”

More avuncular behaviour would manifest later - his goodbye to granddaughter Susan in The Dalek Invasion of Earth is a stiff-upper-lip but emotional farewell - but there is a flintiness to the First Doctor that still fascinates.

Suitably, he “dies” of old age after first battling the Cybermen in 1966’s The Tenth Planet – he was actually only 58 – to be replaced by Patrick Troughton’s Second Doctor. Just as young companions like Ben and Polly were making the austere First Doctor look un-swinging, here was a young-at-heart eccentric. The bow tie would reappear with Matt Smith’s incarnation.

A relatively sprightly 46, with a Beatle cut and a recorder/Pan pipes, he was more relaxed than before, affecting a bungling persona to achieve his ends. Brought to book by the Time Lords at the end of The War Games in 1969, his explanation for going rogue showed a teenaged flouting of responsibility: “I was bored! I do tend to get involved with things.”

Banished to Earth and now in colour, Jon Pertwee’s Venusian martial artist-Third Doctor amped up the action in a variety of Jason King-like velvet ensembles. A solid and decisive presence given to music hall humour and seriousness, the duality was amped up with the introduction of the Master - the evil Time Lord analogue to the Doctor’s beneficence, who curses his nemesis as a “bore”. 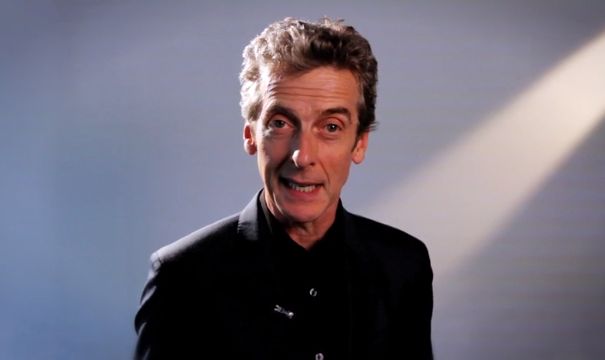 The earliest incarnations met in 1973’s The Three Doctors with the second and third bickering and the first declaring his “replacements” to be “a dandy and a clown”.

The winning combination of action, laughs and danger would also define Tom Baker’s Fourth Doctor, where random quirk was joined by the most serious gravity; compare when he offers Davros a jelly baby and is then paralysed by the moral implications of destroying the Daleks in Genesis Of The Daleks. If we are to believe that the Doctor is always the same man, Baker’s was arguably the definitive take.