SC13 Analysis The US is shooting itself in the return-on-investment foot by tightening the screws on support for research on advanced computing systems.

That was the message expressed loud and clear by a trio of HPC heavyweights during a "Retrospective on Supercomputing Technologies" session celebrating the 25th anniversary of the SC13 supercomputing conference in Denver, Colorado, on Thursday evening.

David Keyes, a professor of applied mathematics and computational science at Saudi Arabia's King Abdullah University of Science & Technology (KAUST) and former director of advanced computing research at the Lawrence Livermore Lab, recalled last year's 20th anniversary celebration of the US Networking Information Technology Research and Development (NITRD) group, formed in 1992 to bring together most of the federal agencies that sponsor computing research.

According to Keyes, the ripple effect engendered by information-system research supported by the one-tenth of one per cent of the federal budget invested in the NSF, DOE, NIH, NASA, NIST, NOAA, "and their dozen sisters" has been responsible for about two-thirds of the growth in the US's gross domestic product (GDP) during the 20 years of NITRD's existence.

Not only that, Keyes said, but the federal investment in those agencies supported innovations and inventions with which US corporations "changed our lives," and which corporations used to expand imports "from commercial airplanes to Hollywood movies" – both computer-dependent.

If the industrial economy could have kept up with the technical advances supported by the NITRD group in the past 20 years, which Keyes claimed provided a one thousand–fold increase in aggregate computing power per dollar per decade during its existence, "We could fly from JFK to Narita – a 15-hour trip – in one-twentieth of a second," he said. "If we had the same price-performance [improvement] over those 20 years, the cost of higher eduction in the US would be twenty cents per year – tuition, room, and board."

From Keyes' point of view, the advances in computing over the past two decades have been "an amazingly productive economic engine, and it all can be traced to a very strategic federal investment." But those investments are now stalling.

Fran Berman, a computer science professor at the Rensselaer Polytechnic Institute in Troy, New York, and former director of the San Diego Supercomputer Center, said the US federal government's attitude toward investment in computing research has changed over time – and not for the better.

"It's much harder to do 'blue sky' projects," she said, "the kind of high-risk, high-reward stuff that really fuels some of the most interesting innovations."

And the climate in Washington DC that's causing agencies to tighten up their purse strings is not just hard on the researchers whose grants are being affected, it's also hard for the funding folks themselves. "I think it's hard for our colleagues who work in the agencies," she said, knowing both the fiscal and political pressure they are under. 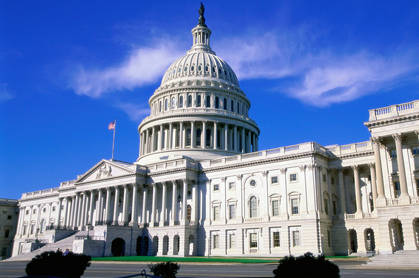 Possibly even more insidious than mere budget cuts is the fact that pure research is more and more being devalued as not having an immediate and quantifiable return on investment.

"I think there seems less understanding that research is unpredictable, that you can have a really good idea and it might not pan out the way you thought it would," Berman said. "That doesn't mean your research failed, it means that you tried something, you learned something, and it set you and the rest of the community up for different ideas."

But don't blame just those nasty politicos. As Walt Kelley's Pogo said, "We have met the enemy, and he is us."

"It seems that the general public expects that if you spend money on a research project, that you're going to get an answer, and that answer will be the right answer," Berman said. "And so, somehow, if you don't get that answer, that research and investment was not a good investment. And that, I think, is challenging for us all."

Next page: If a guy's been doing something for 50 years, you listen
Page: